The Guilty One (BOLO Review)

With The Guilty One, Lisa Ballantyne has leapt onto the literary mystery scene.  Prior to its US publication, the novel was already an international success and the accolades continue to pile up.

It is the story of Daniel Hunter, whose childhood was anything but easy.  Living with his drug-addicted mother and her various abusive boyfriends was only the beginning.  From 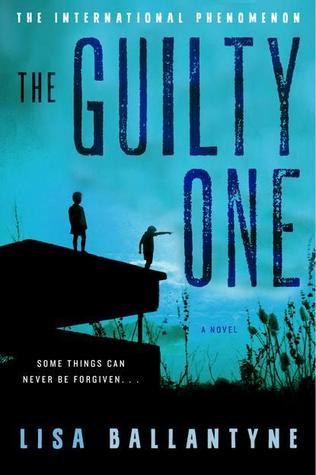 there, he was shuffled from foster home to foster home, never really belonging anywhere.  Daniel was headed down a path with no positive outcome in sight– until the day that Minnie Flynn entered his life.

Minnie was a farmer who had made a habit of taking in foster children.  Her past was equally marred by sadness and tragedy.  Her connection with Daniel was immediate, and eventually Minnie would formally adopt the boy, putting Daniel on the straight and narrow.  Daniel would go on to graduate from law school and become a London-based solicitor.

This is where our story really starts.  Daniel becomes involved in the case of Sebastian Croll, an eleven-year-old accused in the death of a younger boy, Ben Stokes.  Seeing Seb (as he likes to be called), Daniel is reminded of his own childhood and the choices he made.

In alternating chapters, Lisa Ballantyne presents both the current day court case alongside the story of Daniel’s youth with Minnie.  She uses these storylines to further the discussion on the nature versus nurture argument and in the end really manages to show that the guilty one is really each and every one of us.

Ballantyne does an admirable job of showing what life in the foster care system is like.  Daniel’s path is one that many children have to face every day.  We, as a society, are failing to advocate for these children who are in difficult life situations.  But the novel proves that there are no easy answers.

When the reader encounters Daniel at the beginning of the story, he has not spoken to Minnie in years and refuses to come to her as she lies on her deathbed.  What could have happened in this seemingly happy home that would cause such a rift?  The answer to that is just one of the topics that Lisa Ballantyne manages to cover with these flashback scenes. 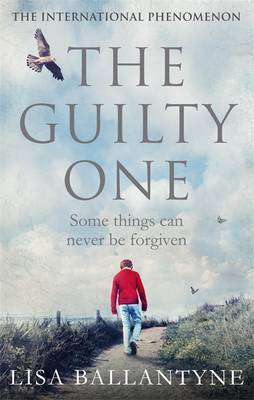 And meanwhile, the case against Sebastian continues to move forward as witness after witness takes the stand.  Like the foster home scenes, the legal sections of the novel feel very authentic and are at times grippingly told.  While the outcome of the trial is never really in doubt, its effect on each of the characters is.

Lisa Ballantyne’s flowing writing style make this novel a fast and easy read; however, the after effects of the various revelations are likely to stay with readers long after the covers of the book are closed.

Disclaimer:  A bound galley of this title was provided to BOLO Books via the swag bag at Bouchercon 2012.  No review was promised and the above is an unbiased review of the novel.