BOLOBooks is happy to welcome Susan M. Boyer to the blog today.  Susan’s first novel, Lowcountry Boil, won the Agatha Award for best first novel and the follow-up will officially be released shortly (but Susan has tweeted that copies are currently shipping, so no need to wait).  Look for the BOLOBooks review of Lowcountry Bombshell here on the blog this Friday.

Ok, enough with the chatter, let’s hear what Susan has to say: 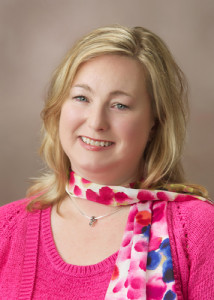 BOLOBooks:  Your first book, Lowcountry Boil, won an Agatha Award for Best First Novel.  What was that experience like for you?

Susan M. Boyer:  It was fabulous—just surreal. I was so incredibly honored to be nominated, but honestly, it never occurred to me I would win. All the nominated books are wonderful. When Carolyn Hart called my name—and I have to stop and say what wonderful symmetry that was for me because Carolyn is such an inspiration and she was so kind and gracious to me. She took the time to read and do a cover blurb for a debut novelist she’d never met because I love her Baily Ruth Raeburn books and I asked.  Anyway, when she called my name I was in shock a bit—and so thrilled. It was thrilling not just for me personally, but that Henery Press had gone from start-up to having one of its authors win an Agatha in less than eighteen months—to be a part of that—was truly an honor. 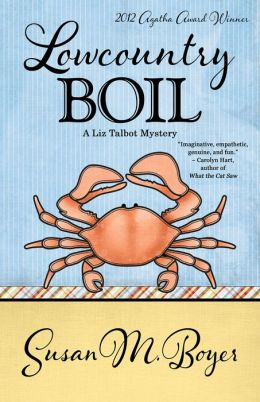 BOLOBooks:  Liz Talbot is such a great lead character.  I can certainly see myself being friends with her.   Is there one trait that you gave her that is your favorite aspect to write about?

Susan M. Boyer:  I love writing about her toys. I intentionally made her tech savvy, and I spend a lot of time on spy supply websites looking for new gadgets for her to use. I’m likely on a great many government watch lists.

BOLOBooks:  In the new novel, Lowcountry Bombshell, Liz is investigating a case that involves research into the life of Marilyn Monroe.  How did you go about doing your research on Marilyn?

Susan M. Boyer:  I’ve always been fascinated by Marilyn Monroe, so she was so much fun to research. I read Donald Spoto’s Marilyn Monroe, The Biography, and Jenna Glatzer’s The Marilyn Treasures. With those sources as a frame of reference, I also did quite a bit of Internet research.

BOLOBooks:  While your books are technically cozies, you do tend to push the envelope slightly when it comes to the romance aspects of the story.  What has the feedback been like from both your editors and readers?  Any resistance?

Susan M. Boyer:  I’m chuckling here. This is an interesting topic, and one I’ve tried to address up front with readers by blogging about it, placing an author’s note on Amazon, and with the back cover copy as well. While the books have cozy elements to be sure—small town setting, family interaction, humor, etc., they also contain some non-cozy elements. I see them as both traditional mysteries and contemporary romance novels. My editor asked me to trim one of the love scenes in Lowcountry Bombshell, which I did. But her perspective is that many mysteries have sex in them, and while my books are traditional mysteries, they aren’t necessarily cozies. That said, neither of us minds if some folks consider them cozy. Cozy means different things to different readers. So far, I haven’t received any negative feedback on the romance aspects from readers. On the contrary, I’ve received a lot of feedback asking for Liz’s love life to be more fully explored. But, I wouldn’t be surprised if some readers are upset with the sexual content in Lowcountry Bombshell. That’s why I’ve made such an effort to let readers know up front what to expect.

BOLOBooks:  To say that Liz’s love life is complicated would be an understatement.  Were you surprised by the chemistry that she continually has with the men in her life, both old and new?

Susan M. Boyer:  Not surprised, really. It’s a part of who she is. Parts of her life are so messy, I think that’s why she’s so obsessed with control in other aspects—hence the need for everything to be in its place and her germ phobia. Can you tell I have trouble remembering this woman is a figment of my imagination? 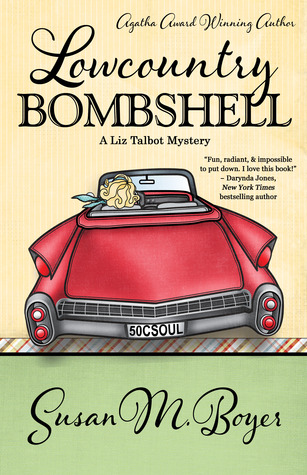 BOLOBooks:  With the release of the new book, the first novel was given a redesign to better link it with the second book and more accurately match the fun tone of the books.  What do you think of the new designs?

BOLOBooks:  Stella Maris is such a quaint setting.  Did you worry that you might write yourself into a Jessica Fletcher situation (with too many town folks dying), when you decided to make that Liz’s home?

Susan M. Boyer:  This is why I put Stella Maris so close to Charleston, SC. Many of Liz’s clients will come from Charleston and the surrounding area. So, I can keep her in her small-town setting, which I love, without having to kill off everyone in town.

BOLOBooks:  I know the new book just came out, but I just have to ask for a sneak peek at what is next for Liz Talbot and her family and friends?

Susan M. Boyer:  In Lowcountry Boneyard, which comes out in May, a young woman from an old-money Charleston family disappears. She’s over twenty-one, and circumstances make the police believe she simply left home to get away from her family. But her father doesn’t believe that and he hires Liz to find out what happened to her.

Susan M. Boyer:  Oh, this would be agonizing. I love hardback books, and collect new releases from as many of my favorite authors as I have room for. But, as much as I travel, I love the convenience of e-books. I’m also a big fan of instant gratification. If I finish a book at midnight and want the next one in the series, I like being able to get it without leaving my bed. So, I guess it would be e-books.