When Natasha Wainwright’s college friend decides to come over from the United States for a visit, Natasha has no idea her life is about to experience a total upheaval.  Eve Dalladay’s trip may have started as an innocent holiday designed to rekindle a past friendship, but ten days later, circumstances have conspired to tempt her to betray yet another person in her life.  Reading Keep Your Friends Close, the second novel from Paula Daly, will have bibliophiles wondering if perhaps there is such a thing as being too trusting.

As the novel opens, Natty Wainwright’s life is fairly normal and stable.  Her husband Sean and two daughters, Alice and Felicity, are the center of her universe.  Having Eve visit seems like a perfect distraction since she has just allowed her youngest daughter to take an extended school trip to France.  Just shortly after Eve’s arrival, a medical emergency requires that Natty immediately go to France to be by her daughter’s side.  Little does she know, Eve will use this impromptu opportunity to insert herself further into Natty’s life. 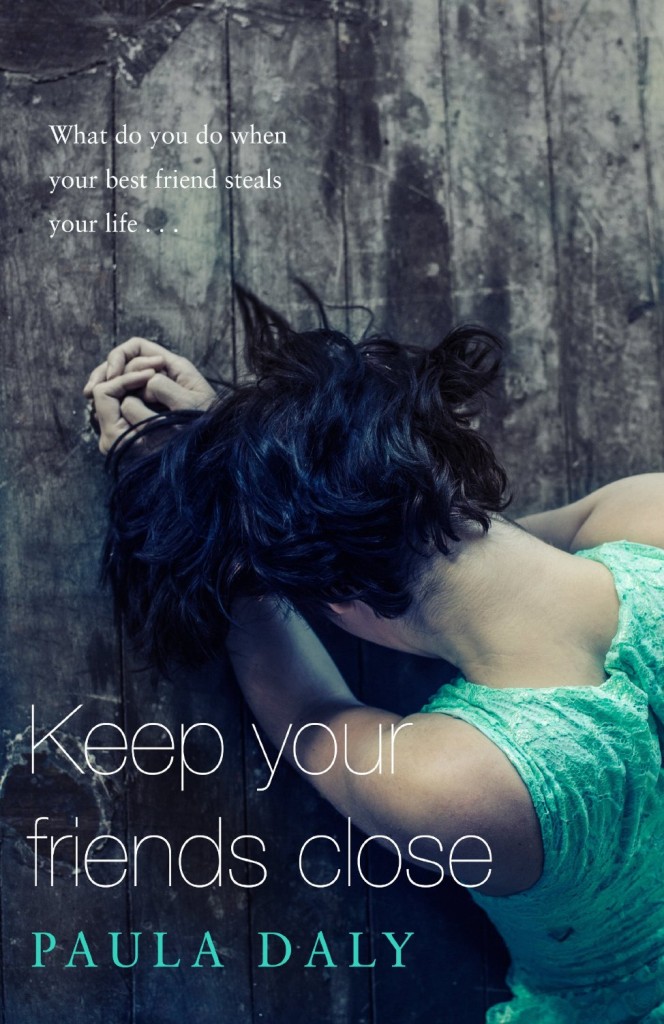 What follows over the next three hundred pages is the cruelest form of betrayal.  Eve Dalladay has no qualms about destroying every relationship that Natasha has with her family.  She is able to seduce Sean and spoil Alice until they are completely in her thrall.  She systematically breaks Natty down and when secrets from Natty’s past emerge, Eve knows just how to manipulate things to devastate her.

Never one to give up easy, Natty begins to doubt everything she knows about Eve.  When she receives a mysterious note telling her that Eve has done this same thing before, she goes in search of Eve’s history.  What she finds is far worse than she could ever have imagined.

Paula Daly presents both Natty and Eve as fully fleshed out characters, intriguing enough to instantly engage readers who may think they have seen this type of plot before.  By presenting readers with both these damage women, she clearly presents two dichotomous paths a person can take when faced with the stresses of daily life.  Readers will root for one and despise the other.

The surrounding cast of characters is equally well-rounded.  The two daughters are different enough that readers can easily tell them apart.  Natty’s father and his caregivers will tug at the heartstrings.  And even the detective, Joanna Aspinall, has enough quirks to keep readers interested in her back-story.  If there is anyone readers might want to hear a bit more from, it would be the husband; but since this is the story of a female friendship and the strange dynamics within, it is not surprising that Sean’s voice is less prominent.

There are only a limited number of resolutions to the problem as presented in Keep Your Friends Close, but Paula Daly still manages to keep readers furiously turning the pages as they reach the climax.  Readers are presented with a conclusion that is both surprising and inevitable.  After What Kind of Mother Are You? and Keep Your Friends Close, Paula Daly seems well on her way to a long and storied career in crime fiction.

Please note that this book will be released in the UK on March 13th.  A US edition will be published in September by Grove Atlantic, but interested US fans can order the UK edition through various online outlets.