The Bones Beneath –
The BOLO Books Review

The Bones Beneath is the twelfth book in Mark Billingham’s Tom Thorne mystery series.  As one would expect, the books over the years have documented many changes in Throne, but no where is that more evident than in this novel, where Thorne is forced to contend once again with a villain he first put in jail back in book two of the bestselling series, Scaredy Cat.

The Bones Beneath is also unique in that it deals not with an active murder investigation, but with the solution to a crime from the past.  Stuart Nicklin, the manipulative and cunning villain from Scaredy Cat, is willing to reveal where he buried the body of a childhood friend – but only if his strict conditions are met.  He demands that Tom Thorne travel with him to the island where he claims the body is located and he also wants to take another prisoner along for the trip. 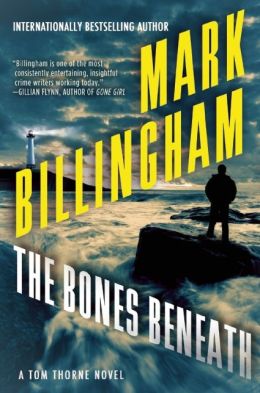 The Bones Beneath by
Mark Billingham

Thorne, of course, knows that there must be a reason for these requests, but without any evidence to prove it, he has no choice but to agree to them.  While Thorne takes his team on the journey to the island, he has some other cops interview significant people from Nicklin’s previous life on the outside.  Unfortunately for him, what they find only leads to further questions.

Billingham nails the isolated and forbidding island setting.  Bardsey Island is off the Welsh coast and by taking his characters there, he is able to exploit how vulnerable they are away from society.  The island has a history of its own, which Billingham allows to unfold in chapters dedicated to the past, just before the disappearance of Simon Milner.  Readers will enjoy learning the rich history of this Welsh locale, even as they are furiously flipping pages to see what Nicklin has up his sleeve.

It is clear that Stuart Nicklin is still obsessed with Tom Thorne and Billingham’s narrative allows readers to really understand this creepy feeling that Thorne has of always being observed and studied by the killer.  By removing Thorne from his network of family and friends, readers get the sense that he truly is in danger – even as it remains unclear where the real threat lies. 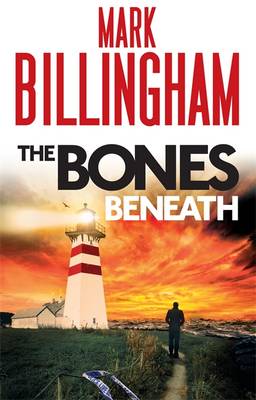 The Bones Beneath (UK Cover)

With the exploration of the island leading to other unexpected discoveries and a seasonal storm approaching, time becomes everybody’s motivating factor.  Can they get off of Bardsey Island before things go from bad to worse?

Longtime readers of the series will enjoy the extra time spent with some members of Thorne’s team, while others will no doubt miss some of the standard players from previous novels.  But regardless of their status in the series – major or minor – Billingham infuses every character with depth and nuance.

With The Bones Beneath, Mark Billingham has written a novel that is thrilling in its immediacy, but which also results in ramifications which will echo long into the future lives of many characters.  Things for Tom Thorne can never be the same after he once again faces off against Stuart Nicklin.