Sophie Hannah, Agatha Christie, and Fall for the Book

Last night, I attended my first event at Virginia’s Fall for the Book festival. This is a yearly week-long festival which takes place primarily on the campus of George Mason University.  Since it is quite a commute for weekday travel, I haven’t before attended, but with Sophie Hannah discussing The Monogram Murders – her new Agatha Christie novel – the temptation proved to be too strong. As exhausted as I am today, believe me, it was more than worth it.

The evening was sponsored by the Mid-Atlantic Chapter of Mystery Writers of America. As such, they were able to present a panel of local crime authors before Sophie Hannah took the stage.

The authors on this early panel were:  Donna Andrews (moderator), E. A. Aymar, Barb Goffman, Mary Miley, and Kathryn O’Sullivan.

I won’t attempt to recap all the items covered on this panel – everything from “where do you get your ideas?” to “Are you a plotter or a pantser?” – but I am always interested to hear why authors choose crime fiction over other forms of literature, so I wanted to share two remarks:

Barb Goffman said that she writes mysteries because that is what she likes to read and the feeling of justice at the end is an important factor in her love for the genre. 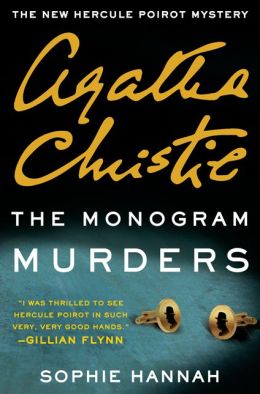 At 7:30, Sophie Hannah came on stage. Sophie is always a delight and this evening was no exception. She started out by discussing how it was that she came to write a new Hercule Poirot novel, then read a bit of the book, and ended with Q&A. There may be a video of the event available later, so for now, I will just list a few bulleted items I found interesting: 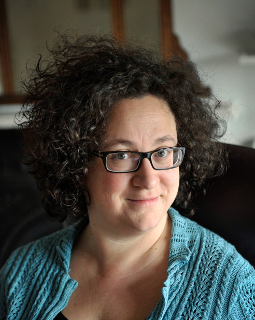 A signing followed the event, as one would expect. Since I had told Sophie that I was coming to the event, she suggested we get drinks afterwards. It was great fun to continue the conversation about Christie and discuss other topics of interest within the crime fiction community.

Needless to say, I will be reading The Monogram Murders very soon and you can expect a review here at BOLO Books in the near future.