There is no question that international crime fiction has flooded the United States market; and it has done so with unparalleled success. That said, there are still always new talents to be discovered both domestically and aboard. One of those authors is Sara Blaedel, known as the Queen of Crime in her native Denmark. Blaedel has had multiple books released here in the States, but with the release of The Forgotten Girls she hopes to increase your visibility worldwide.

The Forgotten Girls features both of Sara Blaedel’s continuing characters – Louise Rick and Camilla Lind. In this novel, Louise has been named the new agent in charge of the missing persons department. This new assignment finds her with both a new partner and a baffling case.

In the woods of Denmark, an unidentified body has been found. Since there is a unique scar on the woman’s face, Louise manages to track down a government employee who is able to recognize the body as that of a previous inmate at the Eliselund state mental hospital. The only complication is that this particular girl was issued a death certificate years ago – as was her twin sister. 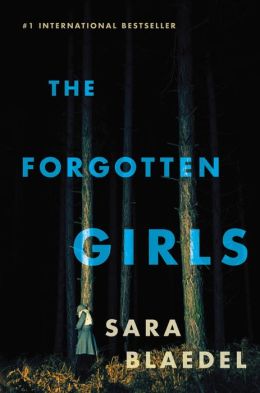 The Forgotten Girls by Sara Blaedel

Louise then enlists the help of her journalist friend, Camilla, to investigate the history of this hospital. It quickly becomes clear that these girls were forgotten children, a name given to unwanted children who were left in the care of the state.

Woven into this main plot is some new insight into Louise’s backstory. New readers will have no problem following these developments, making this a great book with which to begin the series. Louise’s new male partner also adds some conflict to the whole proceeding, but Blaedel does an excellent job of making their professional relationship realistic and believable.

Readers who prefer to have an affinity for the main character in their reading material will immediately bond with Louise Rick. Louise is compassionate, but her demanding nature also makes her an accurate portrayal of a woman who prides herself on doing a good job. In the end, readers will celebrate finding another protagonist in crime fiction who is as kind and moral as Louise.

It can often be tricky reading a translated work, but in this case the translator has done a fine job of keeping the readability of the book without sacrificing some of the more eloquent language that is no doubt present in the original text. Even as the plot gets more complicated (including the discovery of yet another missing woman) the storyline never becomes muddled and the writing always seems natural.

Developments towards the end of the novel appear to lead directly towards the plot of the next novel in the series. By that point, readers will be so invested in Louise’s story that they will be marking their calendars with the release date of that novel. Until then, don’t forget about The Forgotten Girls.

Scheduling Update: Stop back here at BOLO Books next Tuesday for our interview with Sara Blaedel. That’s the release date of the book, so you will be all prepared to start reading.

Disclaimer: A print galley of this title was provided to BOLO Books by the publisher (at BookExpo America). No review was promised and the above is an unbiased review of the novel.