The Nature of the Beast –
The BOLO Books Review

As Chief Inspector for the Sûreté du Québec, Armand Gamache has been instrumental is bringing to justice various criminals who put at risk what Gamache loved most – both personally and nationally. However, now in retirement, Gamache is called upon to unearth secrets that pose a much more dire threat – a threat not aimed just at Three Pines or Canada, but at the entire world.

The Nature of the Beast is the eleventh novel in the Armand Gamache mystery series by award-winning author Louise Penny. The series instills loyalty from its many fans and each new book sees a steady climb in popularity as new readers discover the delights of this traditional mystery series.

Given the idyllic setting of Three Pines, it is only fitting that the inspiration for the new case hinges on a traditional fairy tale – that of the boy who cried wolf. When The Nature of the Beast opens, little Laurent Lapage has already tested the last nerve of almost every Three Pines citizen. Much of his active play, as with any young child, revolves around making up fantastical stories and attempting to convince others of their truth. So when Laurent stumbles upon a secret in the wooded areas surrounding the village, no one believes he is telling the truth. That is, until he suddenly goes missing. 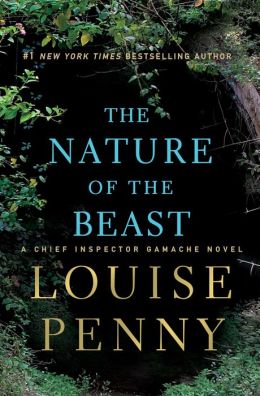 The Nature of the Beast
by Louise Penny

This premise allows Louise Penny to explore the idea of imaginary evil versus real evil. Historically, one of man’s greatest flaws is the concept of hubris and Penny uses this to great effect by placing our beloved characters in danger from a threat of unimaginable proportions. The scope of the plot is highlighted by the fact that two of the most important characters in the tale are Laurent – the youngest Three Pines resident – and Clément Béliveau – one of Three Pines’ oldest.

Besides this discovery in the woods, another plotline within The Nature of the Beast involves a theatrical production set to be performed by many of the Three Pines townsfolk. This controversial play has connections to the central crime(s) at the heart of the novel, but it also carries on the series’ tradition of incorporating artistic elements into the plot– be it poetry, painting, or now drama. This has been a touchstone of Louise Penny’s writing from the beginning and it is nice to see that even though other changes have happened over the course of the series, this remains a hallmark.

Also returning to the delight of fans are most of the beloved characters from previous books. Three Pines is a small village that feels very much like a family. Louise Penny has succeeded in making readers feel like a part of this community, so it is always a pleasure to visit with some of our neighbors. Readers are constantly fearing for their safety, but of course that is the nature of crime fiction.

Louise Penny has a knack for uncovering tidbits of historical knowledge that may have been missed by the general public and weaving these facts into a convincing story. That occurs in the new novel as well, but The Nature of the Beast is the first time a Louise Penny book reads more like a slow-boil thriller than a traditional mystery. This was likely a planned decision by the author to help keep things fresh for the eleventh book in the series. The Nature of the Beast is a transitional book in the over-arching Armand Gamache series. By the end of it, Penny has put into place a number of interesting developments that will serve to propel the series forward.

The Nature of the Beast was sure to be a bestseller, regardless of the quality. But what is so heartening is that the book truly deserves that status. Louise Penny continues to stretch herself with each new book she releases and there seems like there is simply no limit to her talent.