I am thrilled to introduce Laura DiSilverio to the BOLO Books audience today. Laura has been writing a number of cozy mystery series over the years, but has recently released her first stand-alone suspense novel – The Reckoning Stones. It was my pleasure to be able to talk with her a bit about this style shift and how the writing process differs. Please help me welcome Laura DiSilverio to the blog. 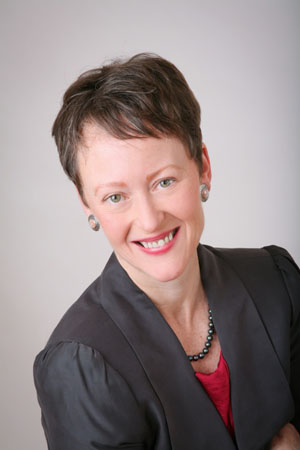 BOLO Books: First off, why don’t you tell us a little bit about your new novel, The Reckoning Stones?

Laura DiSilverio: This book grew out of a news story I read several years ago about a teen who accused her pastor of raping her and was disbelieved by her religious community. They made her apologize publicly, and she ran away.

From that seed, I created Mercy Asher (who reinvents herself as Iris Dashwood after she runs away). On the night she runs away, someone beats the pastor into a coma and kills his wife. The story opens twenty-three years later when Pastor Matt comes out of the coma and his awakening makes national news. Iris, a jewelry designer, hears about it, and it completely disrupts her ability to create. She decides she has to return to her hometown to confront her abuser and her family.

When she gets to Lone Pine, she learns that the person imprisoned for the attack on Pastor Matt didn’t do it, and vows to clear his name. She unearths secrets the community and her family would just as soon leave buried. She reconnects with her parents, her former best friend (who is hiding secrets of her own) and a former boyfriend (ditto). It’s a suspense novel, but it’s also about relationships and redemption, the role of forgiveness and grace in our lives.

BOLO Books: Your first career success was in the cozy end of the crime fiction spectrum, but your latest book is a psychological suspense novel. Have you always wanted to write darker material?

Laura DiSilverio: I have so many different things I want to write! Suspense, YA, caper, women’s fiction, maybe something historical. I’ve always wanted to write “darker” (because there’s more intensity of emotion and experience there than in a cozy) and I’ve always wanted to do a standalone. I love writing cozy series and developing my characters’ lives and relationships over the course of many (hopefully!) books, but there’s also something very satisfying in wrapping up a protagonist’s tale in 350 pages or so, in feeling like you’ve taken them on their entire journey, that you’re not holding anything back for the next book or the one after that.

BOLO Books: What new challenges did you face with this new direction?

Laura DiSilverio: I look at the various crime fiction genres the way a poet might look at her choice of poetry forms. Some subjects lend themselves to a haiku, others to a sonnet or free verse. Whichever you choose, you have to work within the conventions of the form. For a poet, that means meter and rhyme and syllables and subject matter. For me, that means more or less intensity, more or less humor, different pacing, etc.

I write my cozies in first person, so switching to third person and having multiple narrators was a challenge, one I greatly enjoyed. There’s a lot of freedom, plot-wise and style-wise, with a shifting third person narrative. It was challenging, but fun, for me to work on differentiating the two narrators’ voices, making them utterly distinct.

BOLO Books: The plot of The Reckoning Stones revolves around some of the darker elements of organized religion. Did you get any push-back from anyone (agent, publisher, etc.) about including such a controversial topic?

Laura DiSilverio: Actually, no. It never came up. I suspect that’s because there’s frequently a story in the news about a strict religious community or cult taking actions that go against the mainstream (for want of a better word) norm: denying their kids medical care, or the recent case of the religious community that beat a teen to death because he wouldn’t confess his sins. That comes eerily close to what happens in The Reckoning Stones.

BOLO Books: How is Mercy/Iris similar to your cozy heroines? And how does she differ?

Laura DiSilverio: Iris is similar in that she’s independent, career-oriented, strong. She’s different in that she’s much more wounded. Where my cozy heroines have a divorce or a break-up in their pasts, maybe a business failure, Iris was molested by her pastor and disbelieved by her parents and community when she told the truth. That left scars that have carried into her adult life and behaviors. My cozy heroines all come from loving family backgrounds (even if zany or dysfunctional in some ways). Iris doesn’t have that.

BOLO Books: Midnight Ink has done a great job with the cover design of The Reckoning Stones. Are you happy with the end result and how much of the process were you a part of?

Laura DiSilverio: I love, love, love this cover. Midnight Ink solicited my input several times as to what image to use (they sent me choices) and what type. One of the versions they sent had big globs of blood spattered all over the type, and I thought it made it look like a serial killer novel, so they backed off and now there’s just a nice discreet splatter. Tasteful. 🙂

BOLO Books: Next up for you is the second in your Readaholics series. What can you tell us about that one? 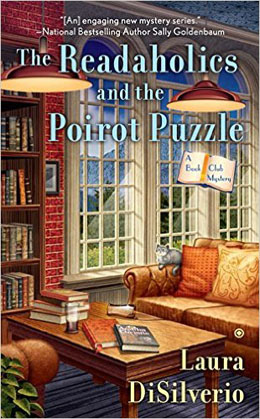 Laura DiSilverio: I have so much fun with this series. I mean, what could be more fun than writing about people who love books and solve mysteries? In The Readaholics and the Poirot Puzzle (Dec 8), Amy-Faye is in charge of the grand opening for her brother Derek’s brew pub. The party’s very successful until his business partner turns up dead. Derek is the main suspect, so the Readaholics rally to prove him innocent by finding the real murderer. Maud, their resident conspiracy theorist, is convinced there’s a conspiracy involved, but she’s probably been influenced by the book they’re reading, Christie’s Murder on the Orient Express. There’s certainly no shortage of suspects with wronged wives and girlfriends, disgruntled former employees, an entitled son, and a sister who blamed the victim for a family tragedy. Can Amy-Faye and the Readaholics find the real killer before Derek loses the pub and ends up in jail. (Of course they can! Duh.)

BOLO Books: Now that you have had a taste of the darker side of things, do you think you will write more stand-alone suspense novels?

Laura DiSilverio: I’d like to do one a year. I’ve already turned in the next one, Close Call, which will be out in Sep 2016. It’s about a woman with a political sex scandal fifteen years in her past (think Monica Lewinsky) who accidentally exchanges phones with a hitman and learns a politician is going to be assassinated. She’s torn about what to do, not wanting to end up in the public eye again, and doesn’t do the right thing until it’s too late . . .

BOLO Books: You and I share a love of Broadway. What have you seen recently that you enjoyed? What are you looking forward to seeing?

Laura DiSilverio: This past weekend, I saw the national tour of If/Then, featuring all the original Broadway principals, including Idina Menzel, Anthony Rapp, LaChanze and James Snyder. They were amazing, although If/Then is never going to be my favorite musical. As for what I’m looking forward to seeing, I’m dying to see Hamilton.

BOLO Books: Having seen the out-of-town try-out for If/Then, I agree that the performances were excellent, but that the show didn’t completely live up to their talents. As for Hamilton, it is the hottest ticket and I am very happy that we’ll be seeing it in January.

You typically attend both Malice Domestic and Bouchercon. At this stage in your career, what do conventions of this type provide to you both professionally and personally?

Laura DiSilverio: That’s a dang good question. Personally, I get the chance to hang out with the writing friends I only see at conventions, and that’s worth the cost right there. Professionally, it’s harder to know. I have no clue how many readers discover new authors or books at these conventions, or what percentage of the attendees are readers looking to find new reads vs authors trying to promote their books. I do usually meet up with my agent and my editors, and it’s always good to make those connections in person.

BOLO Books: If forced to choose only one format for all your future publishing, which would you choose: Hardback, trade paperback, mass-market paperback, or e-book? And why?

Laura DiSilverio: Ouch. This is the hardest question. Not e-book, because there are still too many people who don’t use e-readers; I’m one of them. I’m tempted to say not hardback because it’s hard for many readers to afford them; however, that’s the format many libraries prefer because they hold up better, and I’m all for folks being able to discover new authors and find old faves at their local library. Mass market paperback is a good format because it’s so affordable and easy to pass along to friends or leave in the seat back pocket of an airplane. However, it doesn’t hold up well. I guess I’d have to say trade paperback would be my preferred format because they’re relatively affordable, libraries buy ’em, and they holds up better than a mass market paperback. Whew.

Laura DiSilverio: Hard question because all the formats have something going for them in terms of access, affordability, collectability and longevity. I still like holding a physical book, so I don’t want to go e-book for all my future reading. I prefer mass market or trade paperback. It’s the rare book I read that I want to re-read again and again, so I’m happy with a format I can pass along to a friend or give to the Friends of the Library or Goodwill without too much of a monetary investment. (This doesn’t apply to my friends’ books, of course. I treasure my signed copies of all their books, regardless of format.)