Today, I am happy to welcome Bryon back to the blog to discuss the sequel, Riot Load.

I hope that you all enjoy this look deeper into Bryon’s academic career and the books that evolved from it. 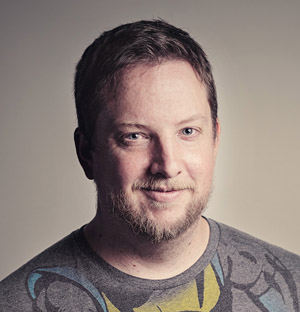 Bryon Quertermous: For a long time I aspired to be an assistant professor at a university. I did a bit of course work on it and even had a thesis project outlined. But once I was on that path it didn’t take long for me to become disillusioned by the environs of academia. If I was going to work for paltry wages I wasn’t going to spend ten years getting a degree to do it. So I took a different job in academia: administrative assistant.

The bones of my first novel, Murder Boy, came out of that brief time I spent pursuing an academic career. Now I have a second novel out, Riot Load, and its plot is drawn from the five years I spent as an administrative assistant at a university. I find it a bit hilarious that a clerical job in academia made a bigger impact on me than any job I would have gotten with a graduate degree. First, it gave me the stability I desperately needed (though didn’t realize at the time) to level up in my writing. It gave me more money that I would have made as a part-time adjunct professor as well as giving me more free time which allowed me to travel to the conferences that were so important in my early career development and allowed me to meet most of the people who would be involved with publishing Murder Boy years later. And most importantly, it gave me an in to write a story about a sperm bank robbery that would have a hint of realism to it.

This novel is loosely, loosely, based on a short story I wrote that was an exercise is gross out plotting. But when Jason Pinter asked me if I had any ideas for a sequel to Murder Boy, that sperm bank story was the first one that popped into my head but I had a different spin on it I wanted to take. I wanted to write about fatherhood and parenting and being a husband and stuff like that and started thinking about ways to make the sperm story work for that. Enter my clerical career.

Most of my time working for the university was with their medical school, specifically in the cancer center. I remembered hearing about prostate cancer patients freezing their sperm before treatment so they could still have kids after treatment. That was exactly the kind of detail I needed to send me off plotting the rest of the book. I’ve talked in other essays about that, but what I want to talk about here is what a difference having that boring clerical job in academia made on me as a person and as a writer.

One of the internal conflicts Dominick struggles with in this book is the disconnect he sees between being an artist pursuing his passion or giving up and settling in to the stable job and the family life. For a long time that’s how I thought as well. I never wanted to be the guy who got so caught up in providing for his family that I lost site of my artistic dreams. That was one big reason I had wanted to pursue an academic career in the first place. It seemed like a good way to get the salary and vacation time and benefits I needed for my family while still being in a place to be considered creative and artistic. But that was a romanticized version of being a professor and of being a writer that doesn’t exists any more, if it ever did for any but a few select people in the world.

I think a lot about my day job now and whether I would ever give it up to write full time. If I’m honest with myself I have to admit that yes, I still do harbor dreams of working from home full time doing nothing but writing novels. But I also have enough experience now to realize it’s not the romanticized version I once strived for, it’s harder and more workaday that most people realize. I’m not an administrative assistant anymore, but I can’t help but be thankful for the story ideas and stability it provided me to make these two novels come to life. If the trade off is less flexibility in my schedule and that I have to go to an office and wear pants instead of working at home in my underwear then it’s one I am happy to make.

Are you intrigued yet? Before you rush off to the bookstore to purchase Riot Load, let’s take a look at the cover and jacket copy of this new Dominick Prince novel from Bryon Quertermous.

Dominick Prince went through hell to make his dreams come true. He has a book deal, time and money to write whatever he wants, and a marriage to his college crush with a child on the way. But instead of working on his next book, Dominick spends his days as a mindless office drone at the university cancer center while his wife chases bail jumpers. When an old friend reappears to call in a favor, Dominick sees an opportunity for a little excitement.

The plan seems simple. Dominick will use his access at the hospital to help steal the last remaining piece of her murdered lover: a sperm sample left during prostate cancer treatment. Standing in their way are a pair of brothers who find kidnapping potential children superior to kidnapping actual children, and Dominick’s wife who has her own plans for it. Torn between his wife’s wrath and the debt he owes his friend, Dominick taps into the most devious parts of his crime fiction training to write himself a proper ending where he saves the day, saves the girl, and lives to write another day. Unless he blows it all to hell.