Wendy Walker’s novel, All is Not Forgotten, will be released on July 12. If you follow entertainment news, you have likely already heard about this book because of the film option made on it by Reese Witherspoon. Trust me when I say that this is a book you are going to want to read before you see it on screen.

I am happy to have Wendy Walker here to tell us a bit more about the book, her process, and the unique view of memory found in All is Not Forgotten. 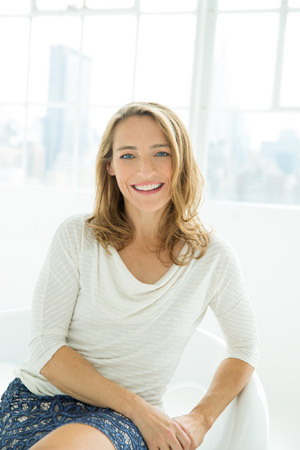 BOLO Books: All is Not Forgotten is a difficult book to sum up in a concise statement. What is your elevator pitch for novel?

Wendy Walker: It is hard to sum up! There are a lot of issues and subplots which I hope will give readers a lot to talk about. But the elevator pitch is this. All Is Not Forgotten is about the impact on a family and their small, insular town when a teenage girl is brutally attacked and then given a controversial drug to erase her memory.

BOLO Books: In the afterward, you talk about how the writing of the book took ten weeks, but that the writing of it required the entirety of your life leading up to it. Still, that seems very fast. Were those ten weeks a total whirlwind?

Wendy Walker: Yes! I have three children, so I had limited time in which to work. I sat down every morning as soon as I returned from taking them to school, and I would write until I had to pick them up. I had clear page goals every day and I did not stop until I either reached those goals or ran out of time. I spent the first two weeks plotting and researching and I ended up with colored note cards for each plot and character. I was then able to stack them in the order they needed to be to tell the story, but layered throughout different chapters. This enabled me to create the structure which is non-linear and reads like someone telling you a story in an organic, conversational way. 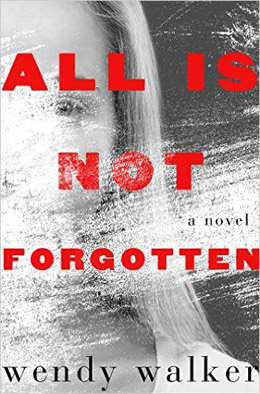 BOLO Books: This is not my favorite question to ask; but in this case, I think it is necessary. Did you know the ending when you began? I would think that you would have had to. Did other elements and twists within the tale arrive as you were writing?

Wendy Walker: Oh yes! I knew the entire plot and made very few changes to it as I wrote. It was necessary to keep all the pieces together given the way I chose to structure the narrative.

BOLO Books: So, writing teachers everywhere are always preaching “Show, Don’t Tell.” You sort of push back against that by having the therapist act as the narrator of the story. He spends much of the book telling us (the reader) what happened on this day or that. Did this writing style flow naturally for you, or was this a struggle? After all, in the grand scheme of things, there is very little dialogue in the book. It’s either direct speech from a character in the form of italics or the therapist explaining things to the reader.

Wendy Walker: I went against every rule I was ever told when writing this book! There is a lot of telling and there is almost no scene setting at all. Instead, I focused on pulling the reader into the psychology of each character and the psychological landscape of each scene rather than the physical attributes. To be honest, when I read, I get antsy when I am given scene description. I find myself skipping ahead to what the characters are thinking and feeling and doing. I had a single minded goal and that was to enable the reader to understand and relate to each and every character and become invested in their outcome.

BOLO Books: There are so many fascinating characters in All is Not Forgotten. Do you have a favorite? Were there ones that were more difficult to write than others?

Wendy Walker: Absolutely – some were very hard to write because I knew I had my work cut out for me in making the reader empathize with them. Charlotte Kramer was the hardest, but also became one of my favorites, for this very reason. I wanted to make her unlikeable at the beginning so I could take the reader on a journey of seeing behind her facade and understanding why she is the way she is and, hopefully, root for her to heal so she can find some peace. When I spoke to Reese Witherspoon about the film option, she was very interested in Charlotte and I have to say that having someone that astute when it comes to characters “get” Charlotte was a highlight of this experience for me!

BOLO Books: From the initial ARC mailing through to the final hardcover, St. Martin’s Press has really done a marvelous job with the graphic elements of the book – cover, internal typesetting, ARC slipcover. Were you as impressed as the rest of us?

Wendy Walker: Yes, very much so! They have done an amazing job at every step, which shows that they really understand the essence of the book. It has been wonderful working with them!

BOLO Books: In the book you talk about the different types of memories – how some are stored in a metal filing cabinet and others in manila folders. This metaphor is beautiful and so easy to relate to. Was that original or something that exists in the science of memory study?

Wendy Walker: I’m sure I’m not the only person to use that analogy but I did think of it on my own. I was trying to convey the way memory works without getting too technical and without slowing down the story. This was how I had come to think about it for myself so I used that when describing it in the book. 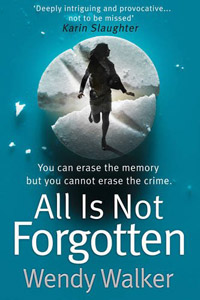 BOLO Books: The idea of using a drug to prevent memories from implanting as described in the novel doesn’t yet exist, but as you point out in the endnote, elements of it are being worked on. Does this scare you?

Wendy Walker: Most people I have spoken to, and myself included, feel that the reconsolidation therapies being done to lessen the emotional impact of trauma memories is an amazing tool which is alleviating a great deal of suffering from PTSD. Like many areas of science, there can be boundaries within which everyone is comfortable, and then gray areas where controversy begins to arise. I think applying any type of reconsolidation where a victim of crime may be compromised in seeking justice will create a personal dilemma for that victim –and a choice for that victim to make. Beyond that – the possibility of targeting painful memories and erasing the facts of those memories (and not just the emotional response) will, I believe raise broader societal questions about what it means to be human.

Wendy Walker: I love them as well, and I think they are here to stay. They force us to pay closer attention because we have to consider not only what is being told to us but whether that information is true or not. With all of our distractions now, social media and devices, it takes a lot to make us put everything away and really focus on a book or TV or film, and even Broadway. These narrators do a wonderful job of that! Years ago, I read a book called The Book of Evidence and I thought it was captivating. The narrator was insane and so you had to collect clues on your own as he moved through each scene. It required much more thought that the typical type of suspense where you can’t wait to find out what happened.

BOLO Books: Film rights to All is Not Forgotten have sold to Reese Witherspoon’s production company. I am sure that this is very exciting news for you. Given the complex structure of the book, I do wonder how this work is going to be adapted for the screen. Any thoughts?

Wendy Walker: It is thrilling to have Reese Witherspoon and Pacific Standard producing the film! They look for projects with complex characters and strive to give them depth on the screen. I have great confidence that it will be wonderful. We will all have to wait to see how they decide to tell the story!

BOLO Books: What’s next for Wendy Walker? Another suspense novel?

Wendy Walker: Yes! I am working on my next psychological thriller. Here is a little bit about it:

Five years ago, two sisters disappeared into the night. Now, one has returned to tell the dark story of years spent on an Island off the coast of Maine. As the FBI searches for the Island and the sister who did not make it out, we learn about the twisted past the girls endured in their own home before they left – and the truth about where they have been comes under scrutiny. Through the voice of our narrator, the sister who has returned, and the testimony of the Bureau’s forensic psychologist, the stories of past and present converge in an unexpected ending.

Wendy Walker: I still love a hardcover book! It’s just something about the experience of holding it, with the shiny cover and the nice paper inside. That said, I always have an e-book downloaded in case I need to pack light. I am going to also try audible because I do a lot of driving and running. It’s so great that we all have so many choices now!

My review of All is Not Forgotten will post here on Friday, but why wait – Be sure to pre-order the book now. I suspect we’ll be hearing about this book throughout the summer months to come.

It begins in the small, affluent town of Fairview, Connecticut, where everything seems picture perfect.

Until one night when young Jenny Kramer is attacked at a local party. In the hours immediately after, she is given a controversial drug to medically erase her memory of the violent assault. But, in the weeks and months that follow, as she heals from her physical wounds, and with no factual recall of the attack, Jenny struggles with her raging emotional memory. Her father, Tom, becomes obsessed with his inability to find her attacker and seek justice while her mother, Charlotte, struggles to pretend this horrific event did not touch her carefully constructed world.

As Tom and Charlotte seek help for their daughter, the fault lines within their marriage and their close-knit community emerge from the shadows where they have been hidden for years, and the relentless quest to find the monster who invaded their town – or perhaps lives among them – drive this psychological thriller to a shocking and unexpected conclusion.