I am pleased to welcome Trace Conger to BOLO Books today. Trace’s new novel, The Prison Guard’s Son, is out now and he’s with us today to tell us a bit more about the inspiration for this novel. Fans of true crime will want to read on… 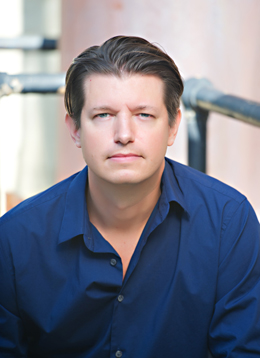 In each of my Mr. Finn novels, underground PI Finn Harding is faced with finding someone who is “unfindable.” It’s this unique ability that keeps him (and me) employed.

In The Shadow Broker, the mark is a hacker who is blackmailing an illegal information broker. In Scar Tissue Finn is tracking an anonymous nomad criminal banker. When I was plotting the third novel in the series, The Prison Guard’s Son, I wanted to up the ante and create an antagonist who would be harder to locate than those in the previous two novels.

In this novel Finn is hired to find two men responsible for a child’s murder. The hard part? Both killers have been assigned new identities and have been living under witness protection for the past 24 years.

If that premise sounds familiar, you’ve probably heard of the James Bulger murder. It’s inspired more than a few novels, including mine.

For the uninitiated, James Bulger was a two-year-old boy from Kirkby, Merseyside, England who was abducted and murdered by Robert Thompson and Jon Venables, who at age 10, were just kids themselves.

If you’re scrolling through BOLO Books, then I’ll go ahead and assume you’re not one to view the world through rose-colored specs. There’s some darkness out there and the Bulger case embodies most of it. It’s stunning on so many levels.

In February 1993 Thompson and Venables lured James from a shopping mall and led him to a field near a train track two miles away. The police found his badly beaten body two days later. A pathologist revealed that James had 42 injuries, including 10 skull fractures.

The evidence was strong and Thompson and Venables were convicted and sentenced. They served eight years in a juvenile detention center and were released at age 18.

Here’s the kicker. The English government assigned them new identities and relocated them to parts unknown because, given the heinousness of their crime, government officials suspected vigilantes might seek retribution. They also banned anyone from revealing Thompson’s and Venables’ new identities. Even today, that’s punishable with prison time, and more than one person has faced charges for outing the duo on social media.

There’s much more to the case and I urge you to check it out if you’ve got the stomach, but I’ll leave you with this.

As a crime writer, I’ve researched more violent crimes than I can count and most of the murders, criminals, and cases I’ve read about hardly make an impression, and even when they do strike a nerve they never follow me home. The Bulger case is the exception.

It hangs on like a leech. It’s nightmare fuel and it sneaks up at night, shakes me awake, and slaps me across the face. It creeps into my head when I send my two young children off to school. It never goes away. So I figured I’d put it to use. While The Prison Guard’s Son is not a retelling of the Bulger murder, it does use a similar crime as a jumping off point.

One of the first things you learn as an author is that evil for the sake of evil doesn’t exist. Even the vilest characters feel justified in the acts they commit, but after reading about the Bulger case so long ago, I’m not sure that’s true in the real world. 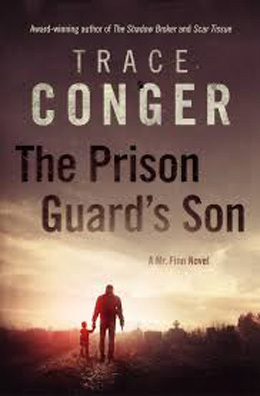 As one who has always been fascinated by the James Bulger case, I was eager to read Trace’s book. Look for a review here on the blog tomorrow, but waste no time in ordering The Prison Guard’s Son (as of the time I am writing this, the e-book version is selling for $0.99, so how can you resist?)