BOLO Books is thrilled to host the cover reveal for J. J. Hensley’s new novel, Bolt Action Remedy. Read on for a look at the cover, a description of the exciting plot, praise from the crime fiction community, and contact information for J. J. Hensley.  Oh, and maybe a pre-order link or two. 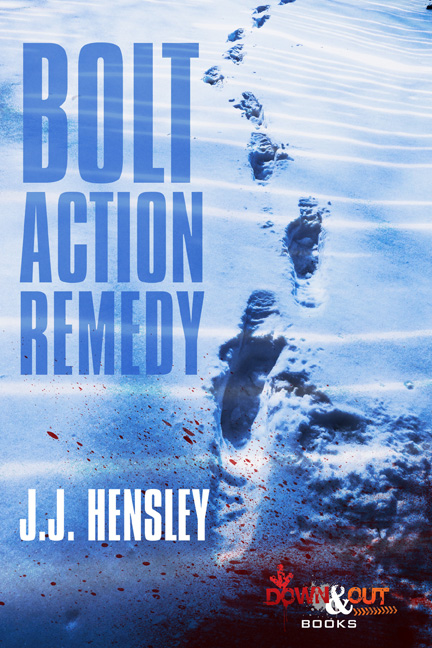 Former Pittsburgh narcotics detective Trevor Galloway has been hired to look into the year-old homicide of a prominent businessman who was gunned down on his estate in Central Pennsylvania.  When Galloway arrives, he determines the murder could have only been committed by someone extremely skilled in two areas:  Skiing and shooting.  He believes the assailant should not be too difficult to identify given the great amount of skill and athleticism needed to pull off the attack.  When he discovers the victim’s property is next door to a biathlon training camp, the situation becomes significantly more complicated.

Galloway makes plenty of enemies as he sifts through stories about lucrative land deals, possible drug connections, and uncovers evidence suggesting the homicide may have been elaborate suicide.  As he attempts to navigate through an unfamiliar rural landscape, he does his best not to succumb to an old drug addiction, or become confused by one of his occasional hallucinations.  Oh, and a Pittsburgh drug gang enforcer known as The Lithuanian – if he’s even real – is tracking Galloway and wants to take his eyes.  Galloway would rather keep those.

J.J. Hensley is a crime writer who deserves readers’ attention and trust, because beyond his ever-stronger prose, he brings his ex-badge carrier’s street smart eyes to this hard world we live in.  Hensley goes beyond clichés to the heart of his fictions and his characters, and delivers stories worth your time.  Put him on your READ list.”

— James Grady, author of Six Days of the Condor. Recipient of the Raymond Chandler medal and the Grand Prix du Roman Noir

In Trevor Galloway, J.J. Hensley has given us a deliciously flawed hero whose unique gift makes him a phenomenal investigator, but also leaves him teetering on the razor-thin edge of genius and insanity. In Bolt Action Remedy, the reader follows Galloway on a chilling journey into the snowy world of biathlon as well as into the shadowy vortex of his wounded mind where neither he nor the reader knows at what point reality ends and hallucination begins. Hensley weaves a captivating tale while providing an authentic voice and a dash of ironic humor.

Fast-paced and funny, Bolt Action Remedy is an action-packed thriller that will keep readers guessing from the first to the final page.

-Rebecca Drake, author of Only Ever You

Bolt Action Remedy is the real thing:  fast, dangerous, and with a unique setting used in interesting ways.  Oh, and another thing:  It’s entertaining as hell.

Strap yourselves in. This author guides you to the conclusion through twists, turns, and drops that will leave you so engrossed, you lose track of time.

J.J. Hensley is the author of RESOLVE, a Thriller Award finalist which is set against the backdrop of the Pittsburgh Marathon, Measure Twice, Chalk’s Outline, and other works. Hensley is a former police officer and former Special Agent with the U.S. Secret Service. 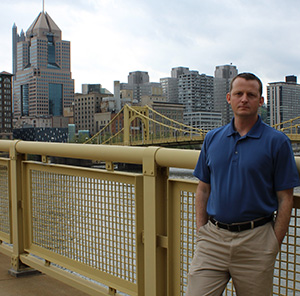