I almost never talk about a book I have read when the release date is six months away – and certainly not here on BOLO Books. But today I am making an exception for a number of reasons: 1. This book is so special that I hope readers will get their pre-orders in as soon as possible, 2. The author is part of my upcoming Bouchercon panel, so I consider it an opportunity to advertise for that event, and 3. I just can’t stop thinking about this novel. 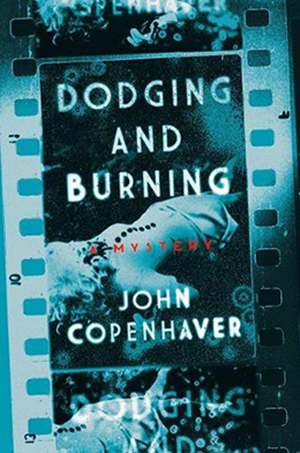 That Dodging and Burning is essentially a crime novel cannot be ignored. The questions of who killed Lily Vellum and why her body disappeared after Jay took a photograph of it carry the narrative forward with many dramatic shifts before the truth is ultimately revealed; but there is so much more knowledge to be gleaned from watching the evolution of these characters as history swirls around them. As is so often true in real life, no one comes out unscathed. Fans of the pulp writings of that era will delight in finding the novel’s progression occasionally interrupted (or is it enhanced?) by a story from one such pulp publication – designed and typeset very cleverly by Pegasus Books.

Pre-order Links: Dodging and Burning by John Copenhaver (out March 6, 2018 from Pegasus Books)

I will say a bit more about voice and tone when I run the true review of Dodging and Burning here on the blog next year, but I hope this sampling has intrigued you enough to follow the pre-order links above. And I hope that if you are at Bouchercon 2017 in Toronto, you will join all my wonderful panelists and myself as we discuss the state of LGBTQ+ representation in crime fiction. Along with John Copenhaver, this panel features Jessie Chandler, Stephanie Gayle, Greg Herren, and Owen Laukkanen (aka Owen Matthews). 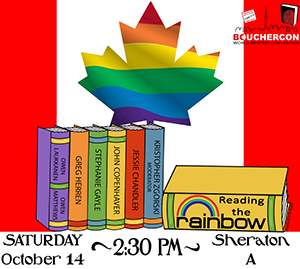