I was first introduced to Jill Maxick – virtually – by Judy Bobalik, who was convinced that I needed to be reading Seventh Street Books’ output. She was right! Jill and I maintained a social media friendship until this past Bouchercon in Toronto when Seventh Street celebrated their anniversary with a cocktail party. It was there that I met Jill in person and today I am happy to introduce (or reacquaint) you with her via the Composite Sketch questionnaire. Enjoy! 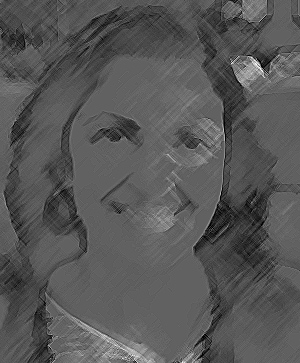 I guess I’m fortunate that it was hard to decide whom to choose. I’ll stick with family lest I embarrass anyone else.

My dad was an inspiration to me because he naturally embodied so many qualities I wish I had more of: he was patient, understanding, open-minded, optimistic, gregarious, encouraging, and selfless—to start. I can’t think of anyone who didn’t like him. He’s exactly the kind of man you want to be your dad. He spent decades trying to teach me not to sweat the small stuff and to be much less hard on myself, to no avail. And he always left the car running in the garage if a good song was on the radio, so we could hear it till the end. I still do that one with my kid.

Jules Herbert at B&N, and truly I am not saying that to suck up to a major retailer (Hi, Jules!) I’ve never worked in sales and knew him initially because my boss (Prometheus Books publisher Jonathan Kurtz) and Dan Mayer, the editorial director of the Seventh Street Books imprint, both had worked with him for years and valued their relationships. Jules would stop by our BEA booth every year but the first time I went to Bouchercon (in Long Beach) is when I met him in a more first-hand way (in “the bar,” natch!) Then we shared oysters and talked music and he opened up about his family with our dinner companions, who were going through similar circumstances, and I quickly realized that Jules has become a friend to a few of my colleagues because he’s such a genuine person—warm, empathetic, polite, engaged. He’s also an interesting and funny conversationalist and thus great fun to grab a drink with.

Hahaha this one is SO easy. It’s no secret I am madly in love with Detective Sean Duffy from Adrian McKinty’s incredible series. Please, he is so cool. He wears Doc Marten shoes with jeans, black polo necks, and a black leather jacket. His passion for music (and his music snobbery) is one of my favorite things about him even though we’d likely argue about my tastes all the time. (He notices what album is playing in a neighboring house while he’s outside investigating a crime scene—and even muses as to which edition it must be. He scrounges around his vehicle to find the exact right tape to play—while he’s actively giving high-speed chase! Be still my heart.) He met his girlfriend at a Stone Roses concert and loves that she has an androgynous body (To be honest, I wasn’t exactly thrilled when Beth came into the picture in book #5, hahaha.) Despite being better educated than his colleagues, he never looks down his nose at them. Sean Duffy is what I call smart funny—he’s intelligent, philosophical, worldly, informed, witty, cynical, and sarcastic. And yet, despite how easy it would be for him to simply give up on the whole mess of living and working during The Troubles, he instead always does the right thing, doggedly pursuing justice when no one else would and in a bleak setting where most have thrown in the towel. MARRY ME.

I wear my loves and interests on my sleeve so I’m not really sure… I guess because I’m identified with 80s alternative music (from a previous career and lifetime) any time I like an artist well outside that broad genre it probably surprises. Tom Jones? People who know my family would find that expected—my grandmother, aunt, and mother all loved him and I was raised on his music. But maybe those who met me later in life would be surprised to learn that he was my very first concert (age 9, went for my birthday, with the above named female relatives) and—later, in my twenties—the most exciting celebrity meeting of my life (until I get to meet Paul McCartney, that is. I’m not giving up on that dream just yet.)

CAVEAT: After sending this to BOLO Books, I got to meet Hillary Rodham Clinton at a booksigning and those few moments of holding hands and sharing emotional gratitude were every bit as dream-come-trueish as hanging out with Tom Jones <3

“Be the bigger person.” Of course it came from my dad. Well, my sister hears it in her head in my voice all the time, so maybe it’s actually my interpretation of my dad’s wisdom, I’m not sure. I try to teach this philosophy to my daughter but at age 13, it doesn’t always resonate. It’s similar to Michelle Obama saying “when they go low, we go high.” It’s not about being a doormat, or not advocating for yourself, or not letting your voice be heard. It just means it’s easy to succumb to pettiness or revenge, but stay above it. Don’t stoop to the level of those that taunt you, tempt you, or play dirty. Be the bigger person. 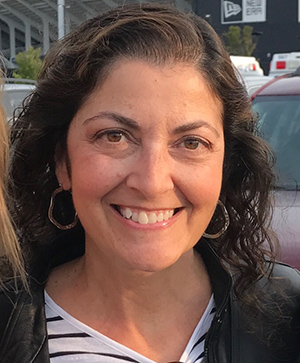 Find out more about Jill here