Because Donna Andrews is relatively local to me, I’ve gone to many of her book signings over the years. Then once I started going to the crime fiction conventions, I learned how much of a fixture she is in our community – someone we all delight in seeing at these various gatherings. Donna is involved in so many different ways in all corners of our tribe that I really have no idea how she does it all (and always with a smile on her face!) Her hilarious cozies have some of the best titles in the industry; after all, who doesn’t appreciate a good pun now and then? Due to her role as Executive Vice President of Mystery Writers of America, Donna also happened to be the person who told me that I was receiving the 2018 Raven Award, an honor that was so unexpected that my reaction was more of disbelief than excitement. Don’t worry, the excitement came later and I will never forget that library event where Donna first gave me the wonderful news. Let’s see how Donna approaches our Composite Sketch questions: 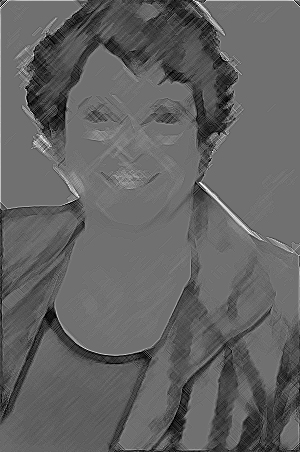 May I start by saying that I have a hard time with any question where I have to choose ONE person/thing/whatever. Even those supposedly fun games where you figure out which ten books to take to a desert island reduce me to a state of frozen immobility. I’d be the survivor with an entire bookcase strapped to my back. And if you asked me the same question at regular intervals, you’d probably get completely different answers every time. Different answers, or possibly longer ones—not because I’m likely to disavow any of my previous answers, but because I’ll think of others equally worthy.

That said, I’ll try to boil it down to a few. Inspiring people from my personal life? Right now, Bill Crider, who sadly is losing his battle with cancer, but with incredible grace and courage. Seeing the delight he has found in the Very Bad Kittens—and shared with his friends—reminds me that it’s possible—even necessary—to find joy in small everyday things even during bad times. And I’ll throw in my librarian friend Chris Wiegard, who is fighting the good fight on climate change in every way he can. Watch for his thoughtful and hard-hitting editorials in the Richmond Times Dispatch as often as they’ll let him submit them.

But since I’m incapable of limited myself to one answer . . .

I also admire Sharyn McCrumb’s work ethic. I’m not happy with the fact that she has disavowed writing mysteries and become estranged from the crime fiction community. But that doesn’t change the fact that her mystery Bimbos of the Death Sun was life-changing for me—it, along with several of Joan Hess’s early Maggody books, made me aware that the humorous mystery was where my writing skills could find a happy home. And when I heard the story of how McCrumb wrote the book, I was in awe: she sold it on a proposal—but only if she could deliver the finished manuscript in six weeks. In spite of being pregnant with a toddler underfoot and holding down a full-time job, she did it—and the book won the 1988 Edgar Award for Best Paperback Original. Words fail me, and as anyone who knows me can testify, that rarely happens.

And I greatly admire Barbara Hambly’s grace and wisdom. I once attended a panel in which a fan stood up and did a lengthy gush about one of Hambly’s books. Which isn’t a bad thing! Nothing pleases a writer more—except that the book in question was not her latest, greatest work or even a recent one, but a Star Trek tie-in novel that was at least ten years old at the time. I wasn’t yet published, but I knew writers, and I suspected that Hambly probably wanted to talk about her newly begun Benjamin January historical mystery series, or perhaps whatever was her latest fantasy book, and here was the fan going on about a book that was probably out of print, probably written as a writer for hire—enough already! Some writers would have been rude or at least dismissive. I can’t remember Hambly’s exact words but they began with “thank you” and continued to say that since she was touched and grateful that this reader and others continued to love the book and remember it after so many years. Of course it helped that it wasn’t just any old tie-in book; in the hands of someone like Hambly . . . well, if you have never read a Star Trek tie-in novel, you might want to hunt down and read Ishmael. And no, I wasn’t the gushing fan. Still, if I hadn’t been already reading Hambly’s books, I think I would have gone out and done so, purely on the strength of her kind and gracious treatment of this eager fan.

Since Barbara Hambly is now on my mind: Antryg Windrose from her Windrose Chronicles—a fantasy series in which computer programming skills in our world translate into the ability to perform magic in the world beyond the Void. Windrose is an eccentric (some say mad) wizard with Holmes-like deductive skills. Saying any more . . . would get into spoiler territory. Though I can quote you a description: Tall, thin, no longer young, Antryg Windrose had a beaky face in which all the individual features seemed slightly too large for the delicate bone structure, surrounded by a loose mane of graying brown hair and a straggly beard like frost-shot weeds that had been trailed in ink. Crystal earrings glinted in it like the snagged fragments of broken stars; half a dozen necklaces of cheap glass beads flashed tawdrily over the open collars of an assortment of ragged, scarecrow robes and a faded shirt. Behind the thick spectacle lenses, his wide gray eyes were bright, singularly gentle, and not sane. (If that doesn’t sound prepossessing . . . you have to read the book. Would it help if I added that Hambly admits basing Antryg on Tom Baker’s interpretation of Dr. Who? Clearly it’s time to reread/catch up on some of Hambly’s series.)

Um . . . my tastes are so eclectic that I’m not sure I could surprise anyone anymore. The fact that my comic role models include Peter Cook and Dudley Moore, Fry and Laurie, and Monty Python—would that surprise anyone? Perhaps people would be surprised to learn that when it comes to TV and movie watching I’m much more a fan of drama than comedy. 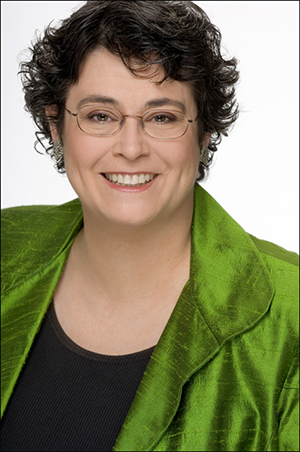 Find out more about Donna here