The Super Bowl is over, we’ve all cried through This is Us, now it is time for more book. And let me tell you, this week is one of those week’s you are glad don’t come along too often in the literary world. Every one of these books is a must read. Enjoy! 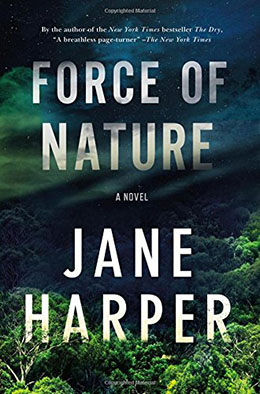 The Dry came very close to being on my Top Reads of 2017 list, so needless to say, I was anxious to see what Jane Harper had in store for us next.  I need not have worried!  Based on the BOLO Books Review of Force of Nature, it is perfectly reasonable to think that this one has a shot at the Top Reads of 2018 list.

Five women go on a hike. Only four return. Jane Harper, the New York Times bestselling author of The Dry, asks: How well do you really know the people you work with?

When five colleagues are forced to go on a corporate retreat in the wilderness, they reluctantly pick up their backpacks and start walking down the muddy path.

But one of the women doesn’t come out of the woods. And each of her companions tells a slightly different story about what happened.

Federal Police Agent Aaron Falk has a keen interest in the whereabouts of the missing hiker. In an investigation that takes him deep into isolated forest, Falk discovers secrets lurking in the mountains, and a tangled web of personal and professional friendship, suspicion, and betrayal among the hikers. But did that lead to murder? 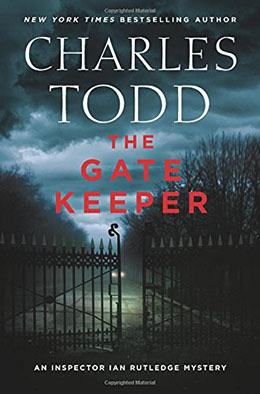 The BOLO Books review of The Gate Keeper clues you in that this is a must-read in the Inspector Ian Rutledge series, but it is also a great place to start for new readers to the incredible complex historical series.

On a deserted road, late at night, Scotland Yard’s Ian Rutledge encounters a frightened woman standing over a body, launching an inquiry that leads him into the lair of a stealthy killer and the dangerous recesses of his own memories in this twentieth installment of the acclaimed New York Times bestselling series.

Hours after his sister’s wedding, a restless Ian Rutledge drives aimlessly, haunted by the past, and narrowly misses a motorcar stopped in the middle of a desolate road. Standing beside the vehicle is a woman with blood on her hands and a dead man at her feet.

She swears she didn’t kill Stephen Wentworth. A stranger stepped out in front of their motorcar, and without warning, fired a single shot before vanishing into the night. But there is no trace of him. And the shaken woman insists it all happened so quickly, she never saw the man’s face.

Although he is a witness after the fact, Rutledge persuades the Yard to give him the inquiry, since he’s on the scene. But is he seeking justice—or fleeing painful memories in London?

Wentworth was well-liked, yet his bitter family paint a malevolent portrait, calling him a murderer. But who did Wentworth kill? Is his death retribution? Or has his companion lied? Wolf Pit, his village, has a notorious history: in Medieval times, the last wolf in England was killed there. When a second suspicious death occurs, the evidence suggests that a dangerous predator is on the loose, and that death is closer than Rutledge knows. 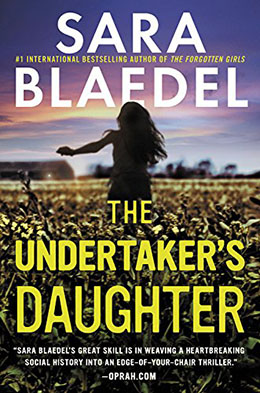 It is no secret that I am a huge fan of Sara Blaedel, so needless to say, I was very excited for the launch of her new series. Look for a longer review of this soon, but for now, know that this is vintage Blaedel. For those attending the 2018 Bouchercon in St. Petersburg, don’t forget that Sara Blaedel is one of the International Guests of Honor – so you will want to read this to be prepared.

Already widowed by the age of forty, Ilka Nichols Jensen, a school portrait photographer, leads a modest, regimented, and uneventful life in Copenhagen. Until unexpected news rocks her quiet existence: Her father–who walked out suddenly and inexplicably on the family more than three decades ago–has died. And he’s left her something in his will: his funeral home. In Racine, Wisconsin.

Clinging to this last shred of communication from the father she hasn’t heard from since childhood, Ilka makes an uncharacteristically rash decision and jumps on a plane to Wisconsin. Desperate for a connection to the parent she never really knew, she plans to visit the funeral home and go through her father’s things–hoping for some insight into his new life in America–before preparing the business for a quick sale.

But when she stumbles on an unsolved murder, and a killer who seems to still be very much alive, the undertaker’s daughter realizes she might be in over her head . . . 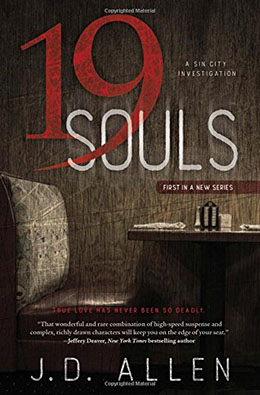 If you saw the BOLO Books review of 19 Souls, you might have already ordered this gritty new PI novel. If not, what are you waiting for? Original, gripping, and extremely well-written, J. D. Allen will make you an instant fan.

Her bloody finger left a translucent smear on the phone screen as she glanced through the list of private investigators in Vegas. Her stained nail came to rest on Sin City Investigations.

Jim Bean would serve her well.

Private investigator Jim Bean is a straightforward, to-the-point man. He likes his cases to follow suit. But when his latest client, Sophie Evers, asks him to find her brother Daniel, Jim has no idea how complicated his life is about to become.

As he falls deep into a manipulative game of cat and mouse, Jim uncovers the horrible truth about Sophie. Now he must set things right before her plan leads to the loss of innocent souls . . . even more than it already has. 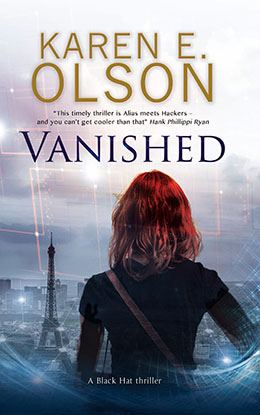 Computer hacker Tina Adler heads to Paris, France in search of the truth but discovers that someone is close on her trail in this tense and twisting thriller.

With a price on her head, computer hacker Tina Adler is determined to stay offline. Only one person knows how to reach her ? and he’s in as much danger as she is.

A chance discovery leads Tina to abandon her South Carolina hideaway in search of her old flame, undercover FBI Agent Zeke Chapman. What is Zeke doing in Paris, France? And what is his connection to the disappearance of American college student Ryan Whittier?

En route to Paris in search of answers, Tina realizes that someone is on her trail: someone who’s getting disturbingly close. Has she been set up?? 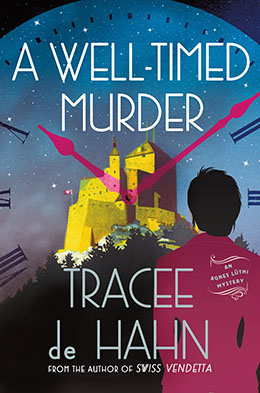 Tracee de Hahn’s police officer protagonist, Agnes Lüthi, returns in the second book of this Swiss-based mystery series. Why not jump into this strongly-reviewed series now, so you don’t need to catch up later?

Swiss-American police officer Agnes Lüthi is on leave in Lausanne, Switzerland, recovering from injuries she sustained in her last case, when an old colleague invites her to the world’s premier watch and jewelry trade show at the grand Messe Basel Exhibition Hall. Little does Agnes know, another friend of hers, Julien Vallotton, is at the same trade show―and he’s looking for Agnes. Julien Vallotton was friends with Guy Chavanon, a master of one of Switzerland’s oldest arts: watchmaking. Chavanon died a week ago, and his daughter doesn’t believe his death was accidental. Shortly before he died, Chavanon boasted that he’d discovered a new technique that would revolutionize the watchmaking industry, and she believes he may have been killed for it. Reluctantly, Agnes agrees to investigate his death. But the world of Swiss watchmaking is guarded and secretive, and before she realizes it, Agnes may be walking straight into the path of a killer.

Tracee de Hahn’s next mystery, A Well-Timed Murder, is another magnetic mystery that will engross readers from the opening page to the stunning conclusion.