Debra Goldstein and I first became acquainted via her role as Monitoring Project Liaison for Sisters in Crime. In 2016, I was asked to contribute to this “counting project” which looks at the volume of crime fiction reviews published in various locations and examines them along gender lines. After several failed attempts, Debra and I did finally met in person when we shared a table at a Sister in Crime breakfast. The conversation that morning was wonderful and it was nice to finally connect a real person with the e-mail address I had been communication with for some time. I have since gone on to read some of Debra’s work and hope that many of you will be intrigued by her heart-felt answers here to our Composite Sketch questions and thereby inspired to seek out more about Debra Goldstein. 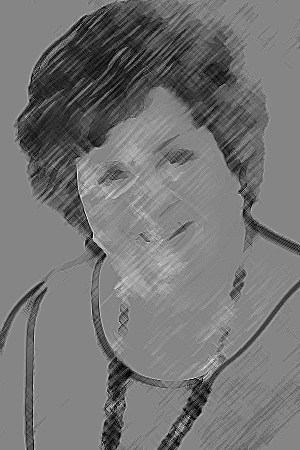 My mother was a holocaust survivor. When she was ten, she came to the United States with her nine-year-old brother. A combination of luck, brains, toughness, compassion, and street smarts made her into the woman who taught me anything is possible, if you work for it, but that your goal might not be achieved via the route you envision for it. It was from her I learned to prize family over the path to success.

In addition, together with my father, who encouraged my love of words by teaching me about poetry, she instilled in me a love for theater and reading.

Carolyn Hart. I’ve read and admired Carolyn’s books for most of my life. Imagine my thrill, at one of my first Malice Domestic conferences, to find myself alone in an elevator with her. Shy me stumbled over my words as I told Ms. Hart how much I admired her work. She smiled and was most gracious even when I tripped exiting the elevator walking backwards.

Later in the weekend, during the interview for her Amelia Award, she not only was humble, but she did a shout out for a new writer she thought people should read (Terry Shames). Having heard many authors brag about themselves and their works, the combination of humility and willingness to brag on someone else during her interview impressed me. We interacted again during the Sisters in Crime breakfast when she had an idea for a project I was chairing. She didn’t demand acceptance of her idea, but instead asked this below the bottom rung writer for my opinion of whether I thought it worth implementing. Who was I, tongue-tied as I was, to challenge anything she suggested? Happily, it was an excellent idea and I relaxed as we discussed it further.

Malice ended and as I left, I found myself in the elevator with Carolyn, her husband, and a group of strangers. She looked at me and, with the twinkle she always has in her eye, acknowledged me. My reply was directed at “Carolyn,” who’d taught me that being great in the crime fiction community encompasses more than writing.

Cherry Ames. Although I loved the Bobbsey Twins, I never bought into the Nancy Drew series. Instead, I found the Cherry Ames series. Her adventures depicted a young woman who had professional responsibilities, worked to earn respect in both the business and private sectors, interacted with friends and foes, and always solved the dilemma she found herself faced with by combining her skills and intellect. There are other, more modern, characters who exhibit the traits that would make me stalk her, but she was the first fictional character who I truly admired — and I still do.

Karen Carpenter. I love words. The lyrics of shows ranging from the 1920’s by Oscar Hammerstein II to those of Lin-Manuel Miranda fascinate me. Pop, country, and other genre songs relate to me via their words more than their musical arrangements. Over the years, I have enjoyed many interpretations of lyrics by different vocalists, but Karen Carpenter combined a different type of voice with her ability to emote emotion as she sang the words. She’s been gone a long time, but when her voice comes on the radio, it’s as if We’ve Only Just Begun and I feel like I’m on Top of the World.

I believe one should “Have Fun” or “Make it Fun” no matter what one is doing. Because my practice is to try to “Think Outside the Box,” I often find the applicable phrases are “If at first you don’t succeed; try, try again” or “Dust yourself off and start all over again.” The main thing though is to remember to “Have Fun.” 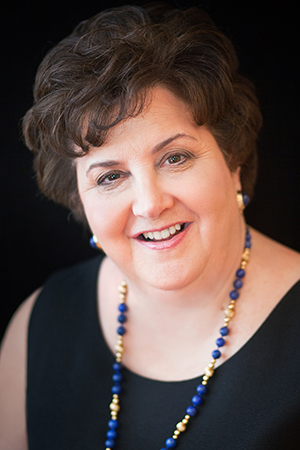 Find out more about Debra here