The Spring season is upon us and book publishing is ready. Here are some great book available this week. 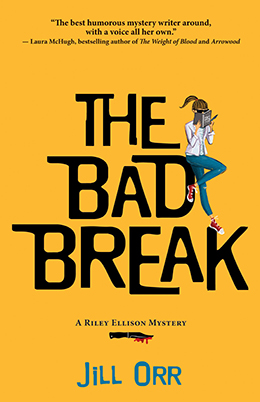 Jill Orr’s hilarious Riley Ellison returns with another zany mystery in Tuttle Corner. Fans of The Good Byline will not be disappointed. More on this one soon.

Riley Ellison has taken a great leap of faith by giving up her comfortable job at the Tuttle Corner Library for the exciting world of print journalism. Except that so far it hasn’t been very exciting. All that changes when Riley’s former co-worker Tabitha finds her soon-to-be father-in-law dead on the floor of his office, and Riley is asked to write his obituary. And when they discover Tabitha’s fiancé’s knife sticking out of his father’s chest, Riley finds herself with a murder investigation to cover as well.

With Holman out on leave and mounting pressure from her boss, the mayor, and a bridezilla facing the possibility of a conjugal-visit honeymoon, Riley is desperate to prove she can handle the increasing demands of her new job. Despite warnings from her new boyfriend Jay, Riley blurs the line between reporter and investigator. Will Riley’s rookie mistakes lead to more than just her byline ending up on the obituary page? 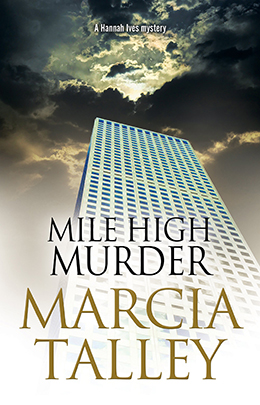 Marcia Talley returns with another unique mystery for Hannah Ives. It is perfectly realistic to imagine Hannah getting involved in the topical matter of medical marijuana and her trip to Denver mixes her up with characters from all sides of the debate. As with all of Marcia’s books this, this one is both timely and well-researched.

Hannah Ives embarks on a trip to the Mile High City on a fact-finding mission. But is she about to get ‘high’ on murder?

It’s a well-known fact that some of the Reach for Recovery cancer support group survivors Hannah Ives works with take marijuana. Recreational use of the drug may be illegal, but a few, like Maryland State Senator Claire Thompson, are prescribed it on medical grounds.

Claire has co-sponsored a Cannabis Legalisation Bill and wants Hannah to be part of a fact-finding task force that testifies before the Maryland State Senate.

Before long, Hannah is in Denver, Colorado – the Mile High City – staying at a B&B with a group of pot pilgrims and medical refugees – some of whom, like her, are on a mission for information. But when one of the group is found dead, and a closer inspection of the body reveals they may not be who they seem, Hannah is plunged into a dangerous cocktail of drugs and death. 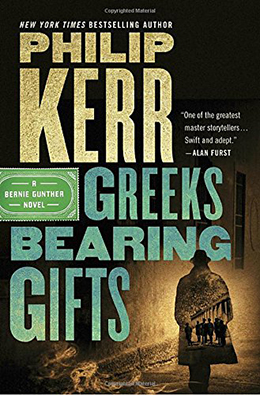 Sadly, the sudden death of Philip Kerr last weekend makes this one bittersweet. Kerr never disappoints and fans will be happy to know that there is still one more book in the Bernie Gunther series in the pipeline. If you haven’t read one of these historicals, do yourself a favor and journey into the past with one of the best,

Munich, 1956. Bernie Gunther has a new name, a chip on his shoulder, and a dead-end career when an old friend arrives to repay a debt and encourages “Christoph Ganz” to take a job as a claims adjuster in a major German insurance company with a client in Athens, Greece.

Under the cover of his new identity, Bernie begins to investigate a claim by Siegfried Witzel, a brutish former Wehrmacht soldier who served in Greece during the war. Witzel’s claimed losses are large , and, even worse, they may be the stolen spoils of Greek Jews deported to Auschwitz. But when Bernie tries to confront Witzel, he finds that someone else has gotten to him first, leaving a corpse in his place.

Enter Lieutenant Leventis, who recognizes in this case the highly grotesque style of a killer he investigated during the height of the war. Back then, a young Leventis suspected an S.S. officer whose connection to the German government made him untouchable. He’s kept that man’s name in his memory all these years, waiting for his second chance at justice…

Working together, Leventis and Bernie hope to put their cases–new and old–to bed. But there’s a much more sinister truth to acknowledge: A killer has returned to Athens…one who may have never left. 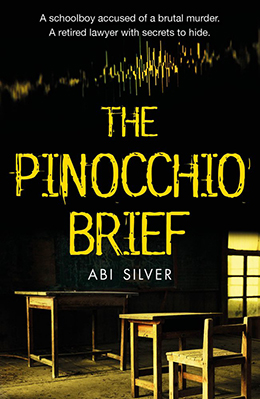 This courtroom thriller will keep readers glued to the pages, even when things become a bit melodramatic.

A 15-year-old schoolboy is accused of the murder of one of his teachers. His lawyers, the guarded veteran, Judith, and the energetic young solicitor, Constance, begin a desperate pursuit of the truth, revealing uncomfortable secrets about the teacher and the school. But Judith has her own secrets which she risks exposing when it is announced that a new lie-detecting device, nicknamed Pinocchio, will be used during the trial. And is the accused, a troubled boy who loves challenges, trying to help them or not?

The Pinocchio Brief is a gripping, very human thriller which confronts our assumptions about truth and reliance on technology.