Ragnar Jónasson’s Dark Iceland series has set the bar very high for this author’s unique brand of cozy noir mysteries, so readers may approach The Darkness – the first in a new series – with some trepidation. Rest assured, Jónasson has outdone himself with this new novel. Crime fiction has never seen a character quite like Hulda Hermannsdóittir; nor a series launch so entirely willing to take risks and obliterate long-standing tropes.

The Darkness introduces readers to Hulda Hermannsdóittir, a 64-year old detective inspector from Reykjavik. Very early in the novel, her superior tells Hulda that she is being forced into retirement. Even though they have already hired her replacement and want her out as quickly as possible, Hulda’s boss agrees to allow her to investigate a cold case for two weeks to end her service to the police force. 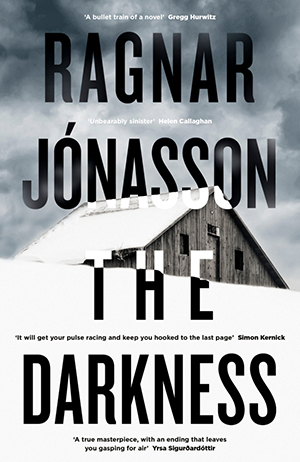 Never one to take the easy route, Hulda chooses a death case that was previously ruled as a likely suicide. Because she has a contentious relationship with the original investigator, Hulda is convinced that some important leads were not followed up properly. This choice accidentally puts her in the cross-hairs of a current case and ruffles more than a few feathers along the way.

As well as telling a gripping mystery, Ragnar Jónasson uses this framework to document the flaws within the police force. Just like women in other parts of the world, Hulda’s success in a male-dominated career opened her up to criticism and hostility. Readers become privy to the rough road Hulda has faced in her life – both professionally and personally. So much of the originality of this novel comes from Hulda’s history – as readers peel away the layers to get to the core of this complex woman, her singularity within the canon of crime fiction protagonists must not go unrecognized. 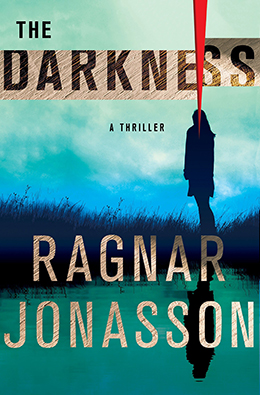 The cold case that Hulda has re-opened feels very timely. The victim was a Russian asylum-seeker new to Iceland’s shores. The investigation brings Hulda into contact with many unsavory types – thugs, pimps, immigration officials, attorneys, and sex trafficking criminals. But it also shows her individuals who try to do the right thing, even when that means making some difficult choices. For Hulda, who has a strained outlook on humanity in general, this proves to give a glimmer of hope.

This positivity is further bolstered by her burgeoning relationship with Pétur. Hulda is hardly the type of character readers normally witness struggling through the early foibles of a romantic relationship and it is both refreshing and delightful to follow that journey. That blend of maturity and naiveté serves to further cement reader’s love of this new character.

Similar to the Dark Iceland books, Ragnar Jónasson’s writing in The Darkness displays an ease and readability that envelopes us in a cocoon of serenity – even when things get the darkest (and yes, things get very dark). His “simple” style belies a depth of understanding that run just beneath the surface of each paragraph, each word. There is no doubt that The Darkness will rank as one of the most popular and powerful reading experiences of the year. Join the Ragnar Jónasson fandom, as it is only going to explode as new readers discover what waits in The Darkness.

The Darkness (US Edition) by Ragnar Jónasson –available October 2018