This weekend, I did my first solo library event at the Enoch Pratt Free Library – Light Street Branch. That was tons of fun and I hope that some readers were introduced to books and authors they might not have been aware of. Today’s list includes some more books worth checking out when they are released this week. Not on my list, but certainly not lacking in press coverage, is the much-hyped James Patterson/Bill Clinton thriller. As always, I make no judgements about anyone’s reading choices – as long as people are reading, I’m happy! 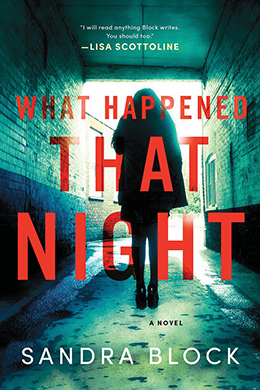 Sandra Block returns with a stand-alone that matches the complexity and psychological astuteness of her Zoe Goldman series. Chock full of suspense, with a plot that – while familiar – ultimately goes to some original places. This novel does not disappoint.

She doesn’t remember that night. But she will never be the same.

One moment, Dahlia is a successful Harvard student; the next, she wakes up from a party, the victim of a brutal assault. Her life veers into a tailspin, and what’s worse ― her memory of the attack has been ripped away, leaving a cold rage in its wayke.

Now, years later, Dahlia is a tattooed paralegal suffering from PTSD and still haunted by that night. Until one day, a video surfaces online, and Dahlia sees her attack for the first time.

Now she knows what happened to her. And she knows who is to blame. Her rage is no longer cold, but burning, red hot.

And she is about to make everyone pay. 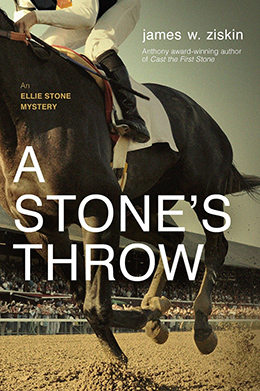 Ellie Stone returns and this time she is off to the races. Ziskin provides another interesting crime case, but it is the period detail that really shines here. Perfect for fans of Dick Francis and the other horse-focused crime novels.

August 1962. A suspicious fire claims a tumbledown foaling barn on the grounds of the once-proud Tempesta Stud Farm, halfway between New Holland and Saratoga Springs, NY. The blaze, one of several in recent years at the abandoned farm, barely prompts a shrug from the local sheriff. That is until “girl reporter” Ellie Stone, first on the scene, uncovers a singed length of racing silk in the rubble of the barn. And it’s wrapped around the neck of one of two charred bodies buried in the ashes. A bullet between the eyes of one of the victims confirms it’s murder, and the police suspect gamblers. Ellie digs deeper.

The double murder, committed on a ghostly stud farm in the dead of night, leads Ellie down a haunted path, just a stone’s throw from the glamour of Saratoga Springs, to a place where dangerous men don’t like to lose. Unraveling secrets from the past–crushing failure and heartless betrayal–she’s learning that arson can be cold revenge. 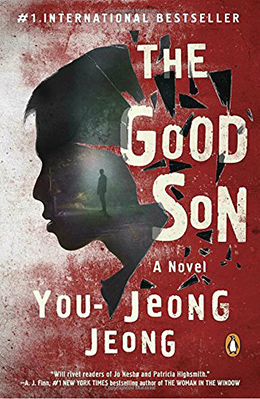 Here’s a book that helps fill the need for more diversity in crime fiction. A domestic thriller from South Korea that will keep readers glued to the pages until the emotional conclusion. This one pulls no punches and will leave readers hoping that this talented woman’s other books are translated soon.

Who can you trust if you can’t trust yourself?

Early one morning, twenty-six-year-old Yu-jin wakes up to a strange metallic smell, and a phone call from his brother asking if everything’s all right at home – he missed a call from their mother in the middle of the night. Yu-jin soon discovers her murdered body, lying in a pool of blood at the bottom of the stairs of their stylish Seoul duplex. He can’t remember much about the night before; having suffered from seizures for most of his life, Yu-jin often has trouble with his memory. All he has is a faint impression of his mother calling his name. But was she calling for help? Or begging for her life?

Thus begins Yu-jin’s frantic three-day search to uncover what happened that night, and to finally learn the truth about himself and his family. A shocking and addictive psychological thriller, The Good Son explores the mysteries of mind and memory, and the twisted relationship between a mother and son, with incredible urgency. 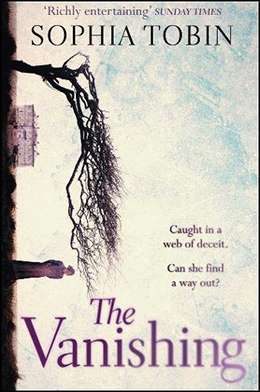 If, like me, you find yourself re-reading Jane Eyre and Wuthering Heights on occasion, this is the book for you. Full of Gothic underpinnings, this is ultimately a crime novel.

On top of the Yorkshire Moors, in an isolated spot carved out of a barren landscape, lies White Windows, a house of shadows and secrets. Here lives Marcus Twentyman, a hard-drinking but sensitive man, and his sister, the brisk widow, Hester.

When runaway Annaleigh first meets the Twentymans, their offer of employment and lodging seems a blessing. Only later does she discover the truth. But by then she is already in the middle of a web of darkness and intrigue, where murder seems the only possible means of escape… 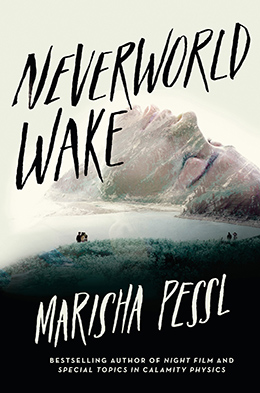 I didn’t received an advance copy of this book, so I can’t say much more than to say that it’s Marisha Pessl’s first YA novel. As a huge fan of her adult novels, I have no doubt that I will be enjoying this one soon.

Once upon a time, back at Darrow-Harker School, Beatrice Hartley and her five best friends were the cool kids, the beautiful ones. Then the shocking death of Jim–their creative genius and Beatrice’s boyfriend–changed everything.

One year after graduation, Beatrice is returning to Wincroft–the seaside estate where they spent so many nights sharing secrets, crushes, plans to change the world–hoping she’ll get to the bottom of the dark questions gnawing at her about Jim’s death.

But as the night plays out in a haze of stilted jokes and unfathomable silence, Beatrice senses she’s never going to know what really happened.

Then a mysterious man knocks on the door. Blithely, he announces the impossible: time for them has become stuck, snagged on a splinter that can only be removed if the former friends make the harshest of decisions.

Now Beatrice has one last shot at answers . . . and at life.

And so begins the Neverworld Wake. 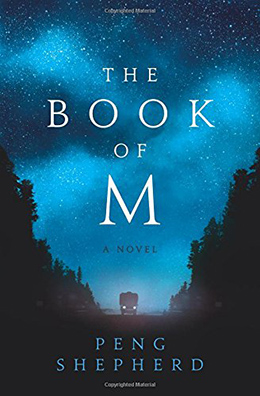 I am listing this one last, simply because it’s not technically a crime novel. But readers will be hard-pressed to find a more beautifully written novel this season. A dystopian in the vein of Station Eleven, this epic novel has much to say about our modern world, the ways in which human connection is being altered, and the constant search for love in the face of a hopelessness. Believe me, you will find yourself going outside just to check that your shadow is still intact.

WHAT WOULD YOU GIVE UP TO REMEMBER?

Set in a dangerous near future world, The Book of M tells the captivating story of a group of ordinary people caught in an extraordinary catastrophe who risk everything to save the ones they love. It is a sweeping debut that illuminates the power that memories have not only on the heart, but on the world itself.

One afternoon at an outdoor market in India, a man’s shadow disappears—an occurrence science cannot explain. He is only the first. The phenomenon spreads like a plague, and while those afflicted gain a strange new power, it comes at a horrible price: the loss of all their memories.

Ory and his wife Max have escaped the Forgetting so far by hiding in an abandoned hotel deep in the woods. Their new life feels almost normal, until one day Max’s shadow disappears too.

Knowing that the more she forgets, the more dangerous she will become to Ory, Max runs away. But Ory refuses to give up the time they have left together. Desperate to find Max before her memory disappears completely, he follows her trail across a perilous, unrecognizable world, braving the threat of roaming bandits, the call to a new war being waged on the ruins of the capital, and the rise of a sinister cult that worships the shadowless.

As they journey, each searches for answers: for Ory, about love, about survival, about hope; and for Max, about a new force growing in the south that may hold the cure.

Like The Passage and Station Eleven, this haunting, thought-provoking, and beautiful novel explores fundamental questions of memory, connection, and what it means to be human in a world turned upside down.