It will surprise no one that I first met Tara Laskowski because of my friendship with her husband, Art Taylor. But very quickly, I discovered that Tara was also an excellent writer, a loyal friend, a witty conversationalist, and a wonderful mother. I’ve wanted to feature Tara as part of the Composite Sketch series for a while now and I am happy to say that her answers are everything I could have wanted and more. You all are in for a treat! 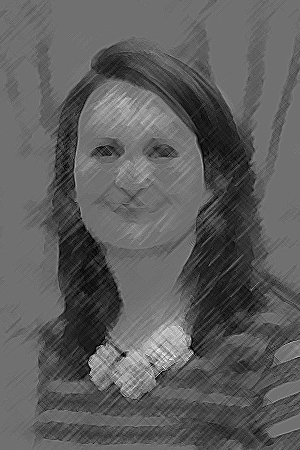 Hands down, my husband, Art Taylor. Not only is he a fine writer, but he’s also a great husband, father and friend. He’s also one of the most moral and ethical people I’ve ever met—he’s been known to return to a crowded grocery store and wait in line again to pay for something the clerk forgot to ring up. He’s also genuinely interested in other’s people success and happiness. If you’re ever at a crowded party where you don’t know anyone else, hope that Art is there, because not only can he talk to anyone, but he wants to talk to you, too. I’m continually amazed at all he accomplishes while juggling such a crazy schedule, and what a patient, loving dad he is to our son. He deserves all the awards and accolades he receives in the writing community, and I hope they continue to come.

Oh, you know I need to break the rules here and mention a few folks. As far as whose books and writing I most crave, I’m going to have to say Tana French. I can hardly wait for another one of her books to come out, and when it does, I need to devour it immediately. I love her writing style and her characters. She’s a master at voice. It helps that she’s also one of the most delightful people I’ve ever met.

I also am continually impressed by Ed Aymar‘s tireless efforts to promote and champion other mystery and crime writers. He has the sense of humor of an 8 year-old boy, but underneath all that he’s a thoughtful and caring person who always looks for a chance to give a shout-out or help to other writers and friends. He’s also a great and prolific writer, and I’m really excited for his next book to come out. (Just don’t tell him I said anything nice about him.)

I’ve rediscovered my obsession with Twin Peaks since the latest season was released, so I’m going to say FBI Agent Dale Cooper. I love his earnest Boy Scout ethics and his obsessive tendencies and the way he’s open-minded about all the goddamn crazy in this world. If I had to be in the world of Twin Peaks, I’d want to be and stay by his side always. I had a major crush on him when the series first debuted on television in the early 90s, and that crush has definitely stuck with me. I like to think of all the fun we’d have sitting in diners, talking about alternate worlds, and drinking good coffee.

This question is hard to answer for two reasons. The first, because I already have such weird tastes that I don’t think anything I say would be surprising (Meatloaf? Miranda Lambert? Elvira? Bruce Willis? Christian Slater?). Second, I barely ever have time to watch television anymore, so I’m way behind on any current series or movies. All of my free car time is spent listening to podcasts or audio books, so I also have no clue who the current hot bands are. So I’m both unsurprising and unhip. Lame, I know.

Well, I’m a worrier, so it’s probably something like:

It’s fine. It’s all fine. EVERYTHING IS GOING TO BE FINE. 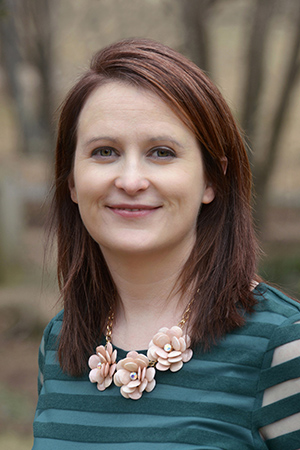 Photo Credit: Evan Cantwell
Follow this link to find out more about Tara