I have been a fan of Ayo Onatade’s for far longer than I have actually known her. When I began hanging out in the crime fiction community, I was always struck by Ayo’s knowledge and presence. I’ll admit, once I finally got to speak with her in person, I discovered she was also one of the nicest people you could hope to meet. I’ve never lost my admiration for her stunning authority on all things crime fiction, her regal demeanor in even the simplest exchanges, and that contagious zeal for continuing to gain knowledge – not to mention her infectious smile. I have always said that these composite sketches show us another side of the individuals being profiled and this is a perfect example. Regardless of how well you know – or don’t know – Ayo, you cannot help but come away a fan after this heartfelt exchange. There’s many a reason she is one of the Fan Guests of Honor at next week’s Bouchercon in St. Petersburg, Florida, and how lucky is our crime fiction tribe that this is the case?! 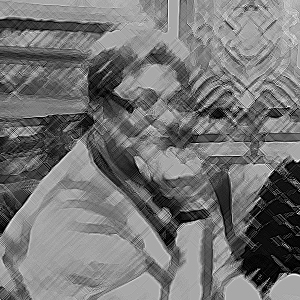 I would love to say that there is only one person but I have two people for various reasons and it is very hard for me to pick one over the other. You are going to have to bear with me on this. The first person is of course my mother who has been the main stay in my life. Despite the fact that we sometimes disagree I hope that I have her patience and her calmness. I blame her for my love of crime fiction, as she is the one that introduced me to genre by giving me my first crime novel to read – Agatha Christie’s The Mysterious Affair at Styles. The second person (to give her proper title) is The Baroness Hale of Richmond. She is the current President of the Supreme Court where I work as her Personal Assistant. She is a feminist who believes wholeheartedly that women can do anything they want to if they put their minds and effort into it. She is a strong proponent of equality and diversity and is a tireless champion for all she believes in. Working for her has made me realize even more how women have struggled for the right to be treated equally in all aspects of their lives. The fact that she reads the odd crime novel is a plus as well.

I can think of quite a few to be honest both here in the UK and the US. However it has to be the incomparable Jon Jordan (also known as Crimespree Cats). He bravely agreed that I could write for Crimespree Magazine without first seeing any of my work. I was slightly apprehensive at the time but I was welcomed with open arms and I am now part of the Crimespree family. I consider him and his wife Ruth (Mrs Crimespree) to be my adopted family. I am in awe of not only his knowledge but also his generosity. He is warm hearted, knowledgeable and such good fun to be around. He is also very understanding of the crime fiction community and is one of the few people that I know that have gone out of their way to be so proactive within the crime fiction community that he hosts a well-known and loved crime fiction conference in Milwaukee. I admire him for so many other reasons as well (too many to say) that I am always incredibly happy when I get a chance to hang out with him. He never ceases to amaze me.

It would have to be JD Robb’s Eve Dallas and not because she is married to an extremely wealthy and gorgeous Irishman. It is because she is one tough person who has managed to survive against all the odds. She always fights to the bitter end on all her cases. Fearsome, fearless and a loyal friend I would love to be part of her team. Could I replace Delia Peabody as her assistant please!

I have to mention two artists (I know you would like one but I can’t choose between the two of them). I am not sure what this says about my taste in music or I must be showing my age. Firstly, the late jazz artist Grover Washington Jnr.  His albums Inner City Blues and Winelight are in my opinion the best of all his albums and two of the best jazz albums, period. He also did an outstanding take on one of my all time favourite jazz songs Take Five by Dave Brubeck. Listening to Grover Washington Jnr is like sailing on a boat on a hot summer’s afternoon with a cool drink in your hand and a good book. The second is Bobby Womack. His music reminds me of a mixture of jazz and soul that are so skillfully mixed together that you are left wondering where one starts and the other ends. His 1981 album The Poet is on constant rotation on my iPod.  The Poet is over 35 years old but still stands the test of time.

Life is too short to read bad books! I mean there are so many good books around at the moment why read a bad book when you can easily read a good one! 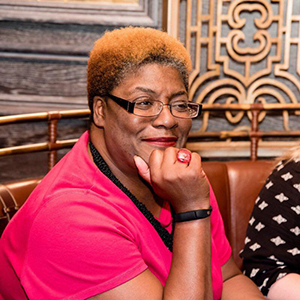