This week we have a quirky list with most-likely some new names for your shopping pleasures. What these books share is that each and every one of them has a distinct voice courtesy of authors who are willing to push boundaries, take risks, and experiment while never losing sight of the fact that their main goal is to entertain. 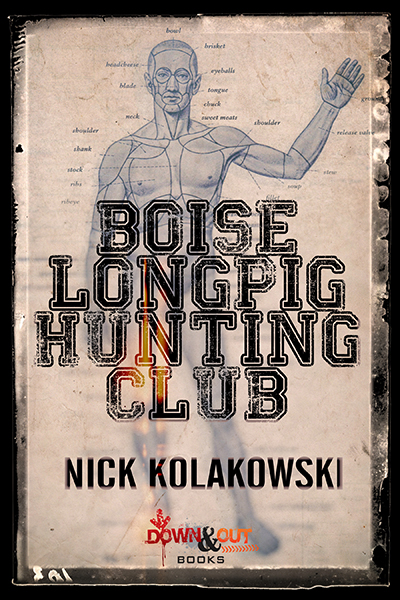 No one is going to accuse Nick Kolakowski of taking the easy way out. Idaho Noir might seem like a misnomer, but Kolakowski makes it work in unimaginable ways. This modern updating of “The Most Dangerous Game” might, on paper, seem completely implausible, but Kolakowski commits to the concept fully and by the end, readers will be shaken to the core. Since this is a Down & Out book, it probably goes without saying that the level of violence is profound, but I never thought it gratuitous or incongruous. This is not a book for everyone, but for those that enjoy this type of thing – and you know who you are – this might be the existential thriller of the season.

When you want someone found, you call bounty hunter Jake Halligan. He’s smart, tough, and best of all, careful on the job. But none of those skills seem to help him when a shadowy group starts taking his life apart piece by piece.

First Jake comes home to find a dead body in his gun safe. He thinks it’s a warning—and when you drag people back to jail for a living, the list of people who want to send that kind of message is very long indeed. With backup from his sister Frankie, an arms dealer and dapper criminal, Jake plunges into the Idaho underworld, confronting everyone from brutal Aryan assassins to cops who want his whole family in jail.

But as Jake soon discovers, those threats are small-time compared to the group that’s really after him. And nothing—not bounty hunting, not even all his years in Iraq—can prepare him for what’s coming next. Jake’s about to become a player in the most dangerous game ever invented…

Boise Longpig Hunting Club is a wild ride into the dark heart of the American dream, where even the most brutal desires can be fulfilled for a price, and nobody is safe from the rich and powerful. 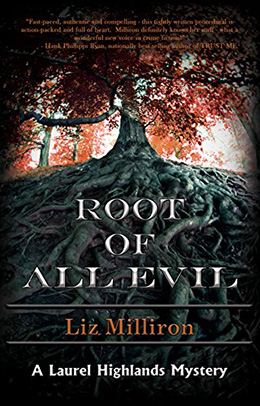 I am a fan of Liz Milliron’s short fiction and she brings that same meticulous writing to her novel debut. This police procedural is traditional without getting too cozy, factual without overloading the technical details, and filled with the perfect blend of heart and harm. The setting is populated with a plethora of idiosyncratic townsfolk, each more intriguing than the next. With this strong series launch, Milliron ensures that readers will want to return to Fayette County again soon.

Rumors of a meth operation in rustic Fayette County catch the attention of Pennsylvania State Trooper Jim Duncan. When he learns that Aaron Trafford, a man who recently dodged a drug conviction, has returned to the county, the conclusion seems obvious. Trafford has set up a new operation.

Meanwhile, assistant public defender Sally Castle’s colleague, Colin Rafferty, has become uncharacteristically nervous and secretive. Her suspicion that he’s hiding something serious is confirmed when she learns of a threatening visitor and discovers a note on his desk stating, “You’d better fix this.”

Colin’s subsequent murder is the first frayed thread in a complex web of deceit. Jim fears Sally’s stubborn determination to get justice for her friend will put her in a killer’s crosshairs, but Sally won’t rest until she finds answers–even if it costs her everything. 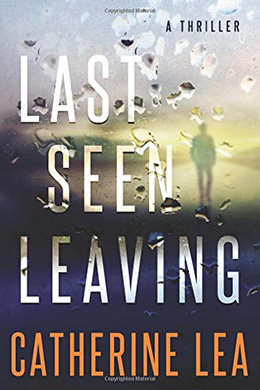 Catherine is a New Zealand-based author who writes thriller that dig deep into the human condition. Her plots are always gripping, but it is the way she makes the reader really care about her characters that elevates her work above the fray.

What she can’t see just may kill her.

Syd Shaeffer used to be so much: career-driven and fearless, a stellar New York District Attorney, and fiancée to love of her life, Frank Spinelli.
A viral eye infection changed all that. Now she’s blind and running a failing law practice out in the burbs.
But when Frank goes missing in New Zealand and the ransom note tells his mother not to call the police, Syd may be the only one who can find him.
Is Syd driven by honor? Or is she trying to prove that she’s still good enough? And when the first dead body turns up, can a blind woman see what everyone else has overlooked?
Or will she be next on the killer’s list? 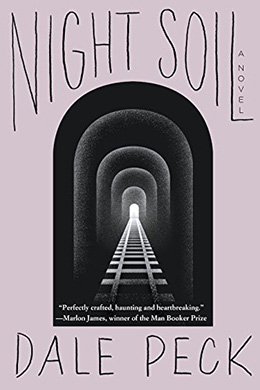 Dale Peck is the one well-established author on the list this week, but he’s certainly not someone who jumps to mind as writing crime novels. This is a hard book to classify, but the family secrets certainly push it into psychological suspense territory. But it was the exploration of both the art world and exclusive private school life that really caught my attention. Certainly fans of Donna Tartt’s The Secret History will find much to enjoy within.

The art world falls in love with Dixie Stammers when it is discovered that not only are her pots mechanically perfect spheres, they are also identical, despite the fact that they are made entirely by hand, without benefit of a wheel, measuring device, or any other tool.

Her teenage son, Judas, is pathologically shy, and retreats into a world of anonymous sexual encounters at a roadside rest area. What he really longs for though is a relationship with one of the boys at the private school he attends. The Academy was founded by Judas’s ancestral grandfather, a nineteenth-century coal magnate. Driven by his mother’s secretive nature, Judas begins digging into his family’s history, and the Academy’s, until he unearths a series of secrets that cause him to question everything he thought he knew about his world.