It’s been a few weeks since we have had a Monday BOLO report. Bouchercon is always the busiest time of the year and unfortunately, some tasks have to get prioritized and others have to be skipped.  I hope that you checked other locations for new releases during those weeks, as some really good book did come out. My reading has also taken a hit, so while I will be posting new reviews as always, you may notice that some catching up will be taking place. Things will slowly be returning to normal around here, I promise. 😉 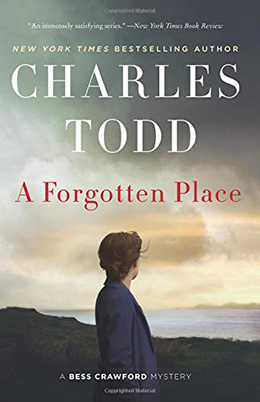 Ten books into this excellent historical series from Charles Todd, the war may be over, but Bess is still finding herself caught up in secrets and murder. The locale of this one is the star – a remote and forgotten place in which outsiders are distrusted and uncovering the truth may be Bess’s only chance to save one of the most important people in her life.

Though the Great War has ended, Bess Crawford finds herself caught in deadly circumstances on a remote Welsh headland in this tenth entry from the acclaimed New York Times bestselling author.

The fighting has ended, the Armistice signed, but the war has left wounds that are still agonizingly raw. Battlefield Nurse Bess Crawford has been assigned to a clinic for amputees, and the Welsh patients worry her. She does her best to help them, but it’s clear that they have nothing to go home to, in a valley where only the fit can work in the coal pits. When they are released, she fears that peace will do what war couldn’t—take their lives.

Their officer, Captain Williams, writes to describe their despair, and his own at trying to save his men. Bess feels compelled to look into their situation, but the Army and the clinic can do nothing. Requesting leave, she quietly travels to Wales, and that bleak coal mining village, but she is too late.

Captain Williams’ sister tells Bess he has left the valley. Bess is afraid he intends to kill himself. She follows him to an isolated, storm-battered peninsula—a harsh and forgotten place where secrets and death go hand in hand. Deserted by her frightened driver, Bess is stranded among strangers suspicious of outsiders. She quickly discovers these villagers are hiding something, and she’s learned too much to be allowed to leave. What’s more, no one in England knows where she is.

Why is there no Constable out here? And who is the mysterious Ellen? Captain Williams and his brother’s widow are her only allies, and Bess must take care not to put them at risk as she tries to find answers. But there is a murderer here who is driven to kill again and again. And the next person in his sights is Simon Brandon, searching for Bess and unaware of his danger. . . . 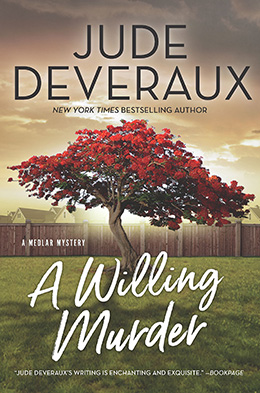 Jude Deveraux is a legend in the romance writing genre and she now turns her sights to writing crime fiction. I haven’t read it yet, but it is very high on the To Be Read pile.

Sara Medlar is a household name in romance, with millions of books sold. But lately, retirement has been boring her and she’s found herself back in her hometown of Lachlan, Florida, remodeling the grand old mansion she’d admired as a child. It’s much too big for her alone, but she’d die before letting anyone in town know that.

Then Sara’s niece Kate is offered a job in Lachlan—a start in what could be a very successful career in real estate. She accepts immediately, but with so little saved up, she’ll have to approach her estranged yet incredibly famous aunt for a place to stay while she gets herself settled. But when she arrives at Sara’s home, she finds she’s not the only long-term houseguest. Jackson Wyatt already has his own room, and though it’s impossible to deny his good looks and charm—he’s clearly got her aunt wrapped around his finger—she’s also never met anyone who irritates her quite like Jack does.

However, when two skeletons are accidentally uncovered in the quiet town, this unlikely trio is suddenly thrust together by a common goal: to solve a mystery everyone else seems eager to keep under wraps. United by a sense of justice and the desire to right old wrongs, Sara, Kate and Jack will have to dig into Lachlan’s murky past to unravel the small town’s dark secrets and work to bring the awful truth to light. 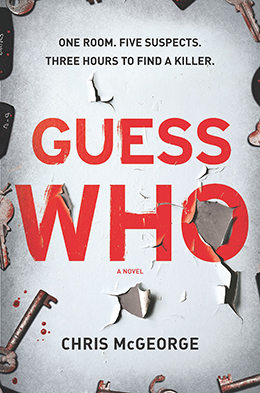 Another one that I haven’t yet read, but this description alone will explain why this book in included on this list. Who doesn’t love a locked room mystery? But this one seems to have a very modern twist.

The rules are simple. But the game is not.

At eleven years old, Morgan Sheppard solved the murder of a teacher when everyone else believed it to be a suicide. The publicity surrounding the case laid the foundation for his reputation as a modern-day Sherlock Holmes. He parlayed that fame into a gig as TV’s “resident detective,” solving the more typical tawdry daytime talk show mysteries like “Who is the father?” and “Is he cheating?”

Until, that is, Sheppard wakes up handcuffed to a bed in an unfamiliar hotel room. Around him, five strangers are slowly waking up, as well. Soon they discover a corpse in the bathtub and Sheppard is challenged to put his deductive skills to the test. One of the people in the room is the killer. He has three hours to solve the murder. If he doesn’t find the killer, they all will die.

An ingenious, page-turning debut, Chris McGeorge’s Guess Who matches the high-wire plotting of classic “locked room” mysteries into the unstoppable pacing of the modern-day thriller. 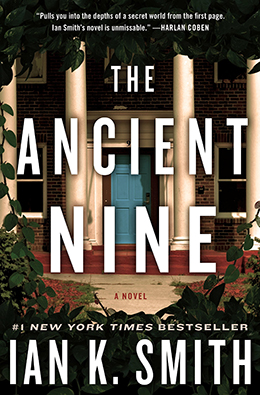 Academic mysteries with secret societies are a weakness of mine. Ever since The Secret History (really ever since A Separate Peace), I have read every one I can get my hands on. This new one from a fitness expert sounds good, but we’ll have to see.

Spenser Collins
An unlikely Harvard prospect, smart and athletic, strapped for cash, determined to succeed. Calls his mother―who raised him on her own in Chicago―every week.

Dalton Winthrop
A white-shoe legacy at Harvard, he’s just the most recent in a string of moneyed, privileged Winthrop men in Cambridge. He’s got the ease―and the deep knowledge―that come from belonging.

These two find enough common ground to become friends, cementing their bond when Spenser is “punched” to join the Delphic Club, one of the most exclusive of Harvard’s famous all-male final clubs. Founded in the nineteenth century, the Delphic has had titans of industry, Hollywood legends, heads of state, and power brokers among its members.

Dalton Winthrop knows firsthand that the Delphic doesn’t offer memberships to just anyone. His great-uncle is one of their oldest living members, and Dalton grew up on stories of the club’s rituals. But why is his uncle so cryptic about the Ancient Nine, a shadowy group of alums whose identities are unknown and whose power is absolute? They protect the Delphic’s darkest and oldest secrets―including what happened to a student who sneaked into the club’s stately brick mansion in 1927 and was never seen again.

Dalton steers Spenser into deeper and deeper recesses of the club, and beyond, to try to make sense of what they think they may be seeing. But with each scrap of information they get from an octogenarian Crimson graduate, a crumbling newspaper in the library’s archives, or one of Harvard’s most famous and heavily guarded historical books, a fresh complication trips them up. The more the friends investigate, the more questions they unearth, tangling the story of the club, the disappearance, and the Ancient Nine, until they realize their own lives are in danger. 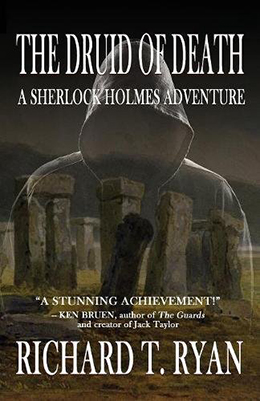 This is Mr. Ryan’s third Sherlockian pastiche and early reviews indicate that it might just be the best one yet. I am going to listen to the audio version next week, so I’ll report back.

On the morning of the vernal equinox in 1899, Holmes is roused from his bed by Lestrade. The inspector has received a report of a girl brutally murdered at Stonehenge.

Upon arriving at the famed site, Holmes discovers the body of a young woman. On her forehead, painted in blood, is a druidic symbol. On her side, also in blood, is a message written in a strange language that neither Holmes nor Lestrade can decipher. The girl was also eviscerated and her organs placed around her body. As a final touch, branches from yew trees had been artistically arranged around the corpse.

Holmes senses a malevolent force at work, but without data, he is powerless. As the weeks pass, he slowly gathers information about the ancient druids and Celtic mythology and begins to assemble a small army of experts to assist him.

Expecting the killer to strike again on the summer solstice, Holmes and Watson travel to the Nine Ladies in Derbyshire, the site of another stone circle that harkens to druidic times. While they are holding their vigil, Lestrade and his men are off keeping watch over the stone circles at Avebury and several other locations.

The Great Detective’s worst fears are realized when on the morning of the summer solstice, he learns that the body of a young man has been discovered in the eye of the White Horse of Uffington. Like the first victim, he too has been marked with a druidic symbol and his body bears a message. Aside from the symbol and the message, the only other difference appears to be that his body and organs have been surrounded by willow branches.

Realizing full well that a maniac reminiscent of the Ripper is on the loose, Holmes and Watson find themselves in a race against time as they try to locate the cult, identify the killer and prevent another tragedy.