Cover Reveal – All the Way Down

Eric Beetner, one of my fellow nominees competing for the Best Online Content Anthony Award last weekend in St. Petersburg had the bloody nerve to ask me to host the cover reveal for his new novel. Can you imagine? After ruminating on it for all of about two seconds, I said “Hell yes!” Is this because we share the misery of losing to the vicious Jungle Red Writers; or it because it is best to keep your mortal enemies close at all time; or is it because we here in the crime fiction community are about as affable a group of individuals as you are likely to find? I’ll let you decide for yourself – but here’s a bit of a hint: Eric Beetner is one of the good guys, a gentleman through and through. Truth is, I would have hosted this cover reveal even if he had won the award on Saturday night. (Just don’t let any of those Jungle Reds approach us with any ideas…oh wait…one of them will be here tomorrow!) 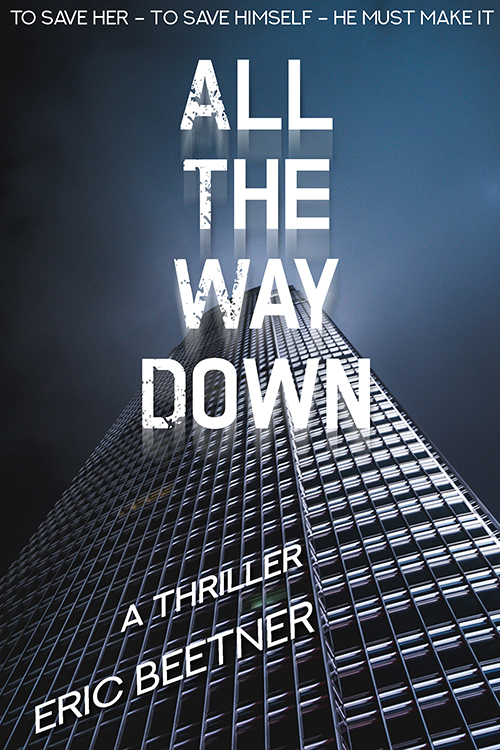 Dale is a crooked cop. It started slow, but grew like a cancer and now he can’t get out from under the thumb of Tat, a would-be kingpin in every vice he can turn a profit with.

And now Dale’s number is up—the top brass knows. But instead of getting busted, Dale gets an offer. The mayor’s daughter is being held by Tat in his fortress built from an abandoned office tower. They want her back but if they storm the gates, Lauren is as good as dead. So they’re sending Dale on what could very likely be a suicide mission: infiltrate Tat’s fortress and bring her out alive.

If the Mayor even really wants her alive…

Floor by floor, Dale and Lauren have to fight off an increasingly difficult and dangerous set of obstacles.

Meanwhile, Dale’s wife has her own troubles and some of the drug kingpin’s goons are only adding to an already rough day.

The clock is ticking down along with the floors of the building and escape is looking less and less likely. But to save her, and to save himself, he must make it all the way down.

“Last chances, double crosses, and a cop who has to shoot his way out of a fortified skyscraper—what’s not to love? All The Way Down rips. It’s fast and fierce, like a guitar solo that hits all the sharpest notes.” —Meg Gardiner, author of Into the Black Nowhere

“Eric Beetner’s ALL THE WAY DOWN is everything a reader could want from an action thriller — fast, suspenseful, and the right kind of outrageous. If every suicide mission was this much fun, we’d all sign on.”
Glen Erik Hamilton, author of the Van Shaw thrillers

COMING IN JANUARY FROM DOWN & OUT BOOKS 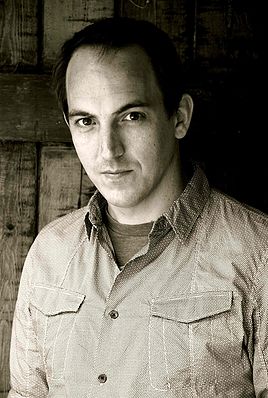 All The Way Down is Eric Beetner’s 21st published book. Beetner has been praised by the likes of Megan Abbott, Ken Bruen, Allan Guthrie, and Bill Crider and he’s been called “the 21st century’s answer to Jim Thompson.” (LitReactor) He lives in Los Angeles where he co-hosts the Noir At The Bar reading series and co-hosts the podcast Writer Types. He’s a 3-time Anthony award nominee, an ITW award, Derringer and Shamus award nominee. For more visit ericbeetner.com