I took a short break from these Monday Morning posts before, during, and after Bouchercon – but this week we are back!  And this might just be the most diverse list of crime fiction titles in one Monday BOLO post yet. There is literally something for everyone here, but there is also likely something unlike anything you have read before. Go out on a limb and try something out of your comfort zone – you won’t be sorry. 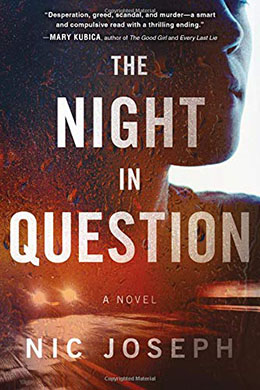 Every year at Bouchrecon, I discover new-to-me authors who impress me with their panel performance, who are personable in the hallways of the Con hotel, and who write books that just plain sound excellent. Nic Joseph was one of those authors this year in St. Petersburg and I am happy to report that the book lives up to all my expectations. This young writer of color is one to watch; she shines next to even the biggest names in our chosen genre. Ride-sharing services will never be the same after you read The Night in Question.

Your ride is here…

When Paula picks up her last passenger of the night, all she sees is a few more dollars to put toward her husband’s medical bills. That’s before she recognizes the quiet stranger in her back seat as a world-famous musician and realizes the woman waiting at his destination is not his equally famous wife. So, Paula does what any down-on-her-luck woman would do.

She asks for money in exchange for silence.

But when a woman is murdered in the same building days later, Paula discovers she is the only witness to the secret affair―an affair that incriminates the musician. Now, Paula’s silence comes at a much more dangerous price 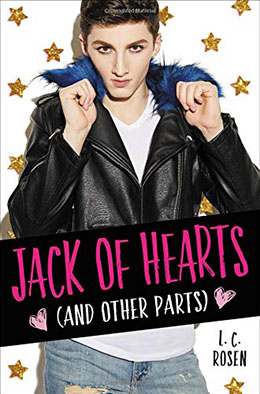 Speaking of diversity, when was the last time you read a book with an LGBTQ+ protagonist? For all our claims to want to celebrate the variety within our chosen genre, I would venture to say that many readers have not exposed themselves to much LGBTQ+ writing. I’ve highlighted some really unique and excellent books in that area this year and Jack of Hearts is another on that list. Never taking itself too seriously, this Young Adult novel nevertheless deals with a very significant issue for our LGTBQ+ youth – the bullying and constant barrage of advice to try to conform, so as to better blend in to society.

Pretty Little Liars meets Dan Savage in this modern, fresh, YA debut about an unapologetically queer teen working to uncover a blackmailer threatening him back into the closet.

Jack has a lot of sex–and he’s not ashamed of it. While he’s sometimes ostracized, and gossip constantly rages about his sex life, Jack always believes that “it could be worse.”

But then, the worse unexpectedly strikes: When Jack starts writing a teen sex advice column for an online site, he begins to receive creepy and threatening love letters that attempt to force Jack to curb his sexuality and personality. Now it’s up to Jack and his best friends to uncover the stalker–before their love becomes dangerous.

Ground-breaking and page-turning, Jack of Hearts (and other parts) celebrates the freedom to be oneself, especially in the face of adversity. 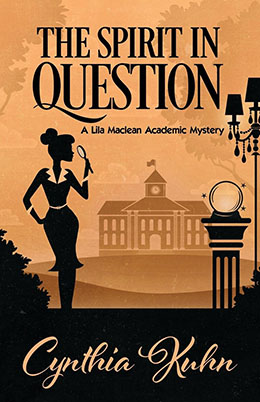 Contrary to what you all are thinking, I did not choose this book simply because it has an orange cover! That said, it is beautiful and perfect for the season. Cynthia Kuhn’s academic mystery series has always pushed the bounds of the cozy sub-genre without alienating the core audience. Along with our favorite members of Stonedale University’s staff, Lila Maclean returns – this time in a plot revolving around a theater production (and perfect for the Halloween season…ghosts). As always a hilarious group of misfits weave their way through the winding plot hallways on their way to the truth.

English professor Lila Maclean knew drama would be involved when she agreed to consult on Stonedale University’s production of Puzzled: The Musical.

But she didn’t expect to find herself cast into such chaos: the incomprehensible play is a disaster, the crumbling theater appears to be haunted, and, before long, murder takes center stage.

The show must go on—yet as they speed toward opening night, it becomes clear that other members of the company may be targeted as well. Lila searches for answers while contending with a tenacious historical society, an eccentric playwright, an unsettling psychic, an enigmatic apparition, and a paranormal search squad.

With all of this in play, will she be able to identify who killed her colleague…or will it soon be curtains for Lila too? 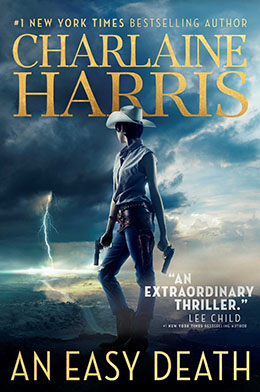 The name Charlaine Harris needs no introduction, but her latest series debut is a departure. I haven’t read this alternate history tale yet, but An Easy Death seems like a natural progression for an author who is never afraid to take risks. Unique setting – check; paranormal elements – check; kick-ass heroine – check. And just look at that amazing cover design.

Set in a fractured United States, in the southwestern country now known as Texoma. A world where magic is acknowledged but mistrusted, especially by a young gunslinger named Lizbeth Rose. Battered by a run across the border to Mexico Lizbeth Rose takes a job offer from a pair of Russian wizards to be their local guide and gunnie. For the wizards, Gunnie Rose has already acquired a fearsome reputation and they’re at a desperate crossroad, even if they won’t admit it. They’re searching through the small border towns near Mexico, trying to locate a low-level magic practitioner, Oleg Karkarov. The wizards believe Oleg is a direct descendant of Grigori Rasputin, and that Oleg’s blood can save the young tsar’s life.

As the trio journey through an altered America, shattered into several countries by the assassination of Franklin Roosevelt and the Great Depression, they’re set on by enemies. It’s clear that a powerful force does not want them to succeed in their mission. Lizbeth Rose is a gunnie who has never failed a client, but her oath will test all of her skills and resolve to get them all out alive. 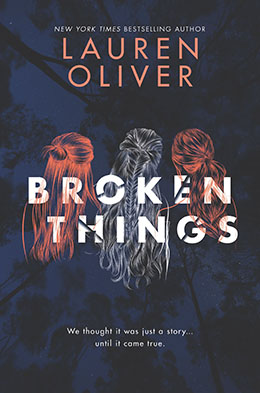 Lauren Oliver is one of our most gifted storytellers. She never writes the same book twice and this time she seems to be inspired by the Slenderman myth and/or the James Bulger case. I haven’t read it yet, but it is very near the top of my reading pile and I have no doubt I will love it.

With all the intensity and whiplash turns of Sharp Objects and One of Us Is Lying, this engrossing psychological thriller by New York Times bestselling author Lauren Oliver is an unforgettable, mesmerizing tale of exquisite obsession, spoiled innocence, and impossible friendships.

It’s been five years since Summer Marks was brutally murdered in the woods.

Everyone thinks Mia and Brynn killed their best friend. That driven by their obsession with a novel called The Way into Lovelorn the three girls had imagined themselves into the magical world where their fantasies became twisted, even deadly.

The only thing is: they didn’t do it.

On the anniversary of Summer’s death, a seemingly insignificant discovery resurrects the mystery and pulls Mia and Brynn back together once again. But as the lines begin to blur between past and present and fiction and reality, the girls must confront what really happened in the woods all those years ago—no matter how monstrous.