With Thanksgiving this week, the publishing machine has begun to slow down here in the States. Best of 2018 lists are already appearing to help with holiday shopping.

But there are still a few books hitting shelves this week that you should definitely check out. 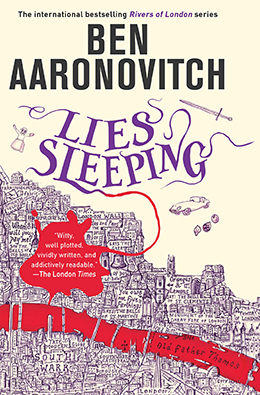 As a former writer for Dr. Who, it will surprise no one that Ben Aaronovitch’s series is filled with the fantastical, however, this urban fantasy series doesn’t skimp on the mystery elements and readers willing to stray just a bit beyond the tried and true will find much to enjoy in these imaginative novels. If J.K. Rowling had decided to make her mystery series more “Potter-esque,” it would likely have resembled the Rivers of London Series. While Lies Sleeping works perfectly fine as a stand-alone, fans of series may want to start back at the first to see how extensive this world-building is. Graphic Novel fans will be happy to know that Aaronovitch’s Rivers of London comics are also extremely popular.

The seventh book of the bestselling Rivers of London urban fantasy series returns to the adventures of Peter Grant, detective and apprentice wizard, as he solves magical crimes in the city of London.

The Faceless Man, wanted for multiple counts of murder, fraud, and crimes against humanity, has been unmasked and is on the run. Peter Grant, Detective Constable and apprentice wizard, now plays a key role in an unprecedented joint operation to bring him to justice.

But even as the unwieldy might of the Metropolitan Police bears down on its foe, Peter uncovers clues that the Faceless Man, far from being finished, is executing the final stages of a long term plan. A plan that has its roots in London’s two thousand bloody years of history, and could literally bring the city to its knees.

To save his beloved city Peter’s going to need help from his former best friend and colleague–Lesley May–who brutally betrayed him and everything he thought she believed in. And, far worse, he might even have to come to terms with the malevolent supernatural killer and agent of chaos known as Mr Punch…. 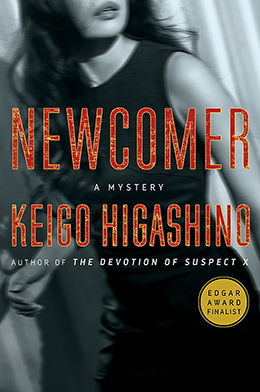 One of Japan’s most celebrated crime fiction authors, Keigo Higashino’s star continues to rise on foreign shores as well. Again, readers willing to step outside of their comfort zone will find a book that contains all the elements that make crime fiction so compelling. Perfect for fans of translated crime fiction.

Detective Kyochiro Kaga of the Tokyo Police Department has just been transferred to a new precinct in the Nihonbashi area of Tokyo. Newly arrived, but with a great deal of experience, Kaga is promptly assigned to the team investigating the murder of a woman. But the more he investigates, the greater number of potential suspects emerges. It isn’t long before it seems nearly all the people living and working in the business district of Nihonbashi have a motive for murder. To prevent the murderer from eluding justice, Kaga must unravel all the secrets surrounding a complicated life. Buried somewhere in the woman’s past, in her family history, and the last few days of her life is the clue that will lead to the murderer.