I have been an Ivy Pochoda fan since Visitation Street was released back in 2014. That book was published under Dennis Lehane’s imprint with Ecco, so I knew that it was going to be a skillfully-written and socially-relevant crime novel. And it was. Wonder Valley followed, wherein Pochoda cemented the fact that she is nearly impossible to pin down as a writer. But whenever she puts pen to paper, readers know it will be infused with a high level of intelligence, vivid characters, and deep sociological empathy – not so coincidentally, all things that could also describe Ivy Pochoda herself. Seeing Ivy at Bouchercon is always a delight and I just know that you all are going to love getting to know her better via our weekly series of questions. 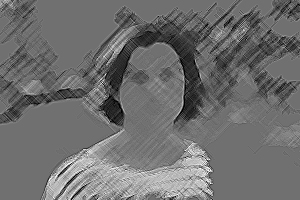 Gosh, the truth is my parents. They are both so profoundly dedicated to literature—from the highbrow to the low. They taught me to love books (and told me that writing them would be a pain). But they also hold me to an incredibly high standard, not by being overbearing, but because I know I can never slide anything mediocre by them. They will also listen to my hysterical rants about things that are not working out in my books and my wild ideas about what I plan to write. They’ve inspired me by teaching me the seriousness not simply of the craft (that’s not their jam) but rather of the message—that books can and should mean something, that they should be more than story, that they can shine a light onto people and places that are too often overlooked while also being a hell of a lot of fun.

Can I fangirl out on one of my besties? So, Alafair Burke. She’s one of the first people I met in the crime community. We were kinda set up on a friend-date and it helped that we were dressed alike. I was totally at sea in this new world and Alafair took me under her wing, got me a couple of martinis and the rest is history.

But seriously, Alafair continually reminds me that the work is both serious and fun. That you need to work hard, but perhaps it’s not always essential to take everything so seriously. This comes across in her books which combine excellent craftsmanship with groovy details that jump off the pages and make me miss New York terribly. I love hearing how she comes up with her stories, marrying the real world to her imagination.

Dr. Watson. Good lord, I’d love to know what he didn’t tell us, the stories behind the stories. I feel he has exercised incredible restraint in narrating the tales Sherlock Holmes. After a few brandies I’m sure I could get him to open up.

I have sort of campy taste, so nothing should come as a surprise. That’s the beauty of camp—no one notices if you’re going highbrow or low. My favorite band is the Happy Mondays, a hold out from my quasi-rave days. I was really into Manchester rave and acid house music and when I listen to Pills, Thrills, and Bellyaches (the best album about drugs ever) I can, for the length of an album, pretend that I never grew up!

Keep it simple, stupid. (Emphasis on the should be.) 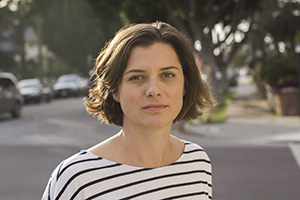 Find out more about Ivy here