This week’s list of books to be on the lookout for is dominated by authors from outside of the United States. if you haven’t read a non-US set book recently, any of these would be wonderful choices to help broaden your reading horizons. 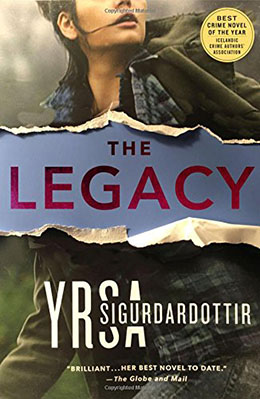 The BOLO Books Review of The Legacy ran when the book was first released. I have long been a fan of Yrsa Sigurdardottir – both the author and the woman – so I was thrilled when she launched a new series. I still miss Thora, but Freyja and Huldar quickly became favorites of mine. If you give them a try, I think you will become their fans as well.

The Legacy is the first installment in a fantastic new series featuring the psychologist Freyja and the police officer Huldar.

The only person who might have the answers to a baffling murder case is the victim’s seven-year-old daughter, found hiding in the room where her mother died. And she’s not talking.

Newly-promoted, out of his depth, detective Huldar turns to Freyja for her expertise with traumatized young people. Freyja, who distrusts the police in general and Huldar in particular, isn’t best pleased. But she’s determined to keep little Margret safe.

It may prove tricky. The killer is leaving them strange clues, but can they crack the code? And if they do, will they be next? 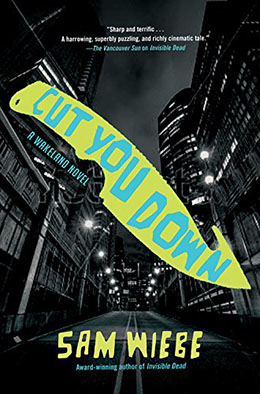 Sam Wiebe forced the Canadian crime fiction scene to take notice with his 2016 release, Invisible Dead. Now he returns with the second Dave Wakeland PI novel and proves that the attention was well-deserved. This gritty, noir style thriller is perfect for readers who enjoy an atmospheric social novel in which setting and character merge to create a powerful whole.

Tabitha Sorenson is missing. The bright but unstable student disappeared in the aftermath of a scandal involving millions of dollars in college funds, and her professor, Dana Essex, hires Vancouver PI Dave Wakeland to track down the student she just can’t forget.

When Wakeland discovers Tabitha has in fact stolen the money and is hiding out with her lover, Essex is crushed to learn that Tabitha is in love with someone else. The next morning, Tabitha has been murdered and Essex has disappeared.

Hounded by Tabitha’s friends, the police, the press, and his own troubled conscience, Wakeland tries desperately to find Essex and make sense of what happened. Could it all have been a ruse from the start, and is Wakeland just another in a long line of suckers?

While searching for Essex and investigating Sonia’s partner, Wakeland encounters criminals, anarchists, and crooked authority figures–all of them desperate people who will stop at nothing to guard their secrets. 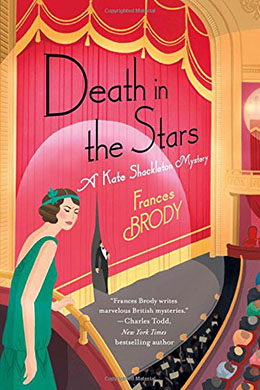 In this latest historical cozy from Frances Brody, Kate Shackleton travels to Yorkshire and becomes entangled in a case with a local theater troupe. Fans of last year’s eclipse event will enjoy how Brody weaves a 1920’s occurrence into her tale of backstage scandal. The traditional British mystery is alive and well in the hands of this always reliable author.

Frances Brody captures the atmosphere and language of 1920s England while delivering a captivating plot in the ninth book of this traditional cozy mystery series featuring private investigator Kate Shackleton.

During the eclipse, Selina’s friend and co-star Billy Moffatt disappears and is later found dead in the chapel grounds. Kate can’t help but dig deeper and soon learns that two other members of the theatre troupe died in similarly mysterious circumstances in the past year. With the help of Jim Sykes and Mrs Sugden, Kate sets about investigating the deaths -and whether there is a murderer in the company.

When Selina’s elusive husband Jarrod– who was injured in the war and is subject to violent mood swings―comes back on the scene, Kate begins to imagine something far deadlier at play, and wonders just who will be next to pay the ultimate price for fame.