The saying goes “there is nothing new under the sun,” but this is not necessarily true.  You may have noticed that the title of this post does not indicate if it is an interview or a review.  That is because it is BOTH.  In an effort to try something creative, I have decided to combine the two types of documents into one, hopefully illuminating, blog post.  I will continue to do mostly one type or the other, but in the rare case – such as this one – were the work itself demands something special, I may explore this format further.

So, without further ado, I give you Chris F. Holm and Dead Harvest. 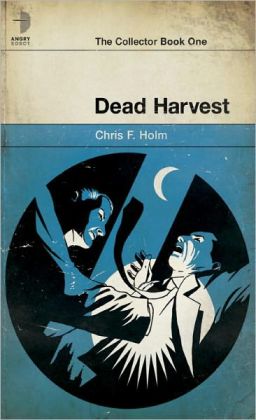 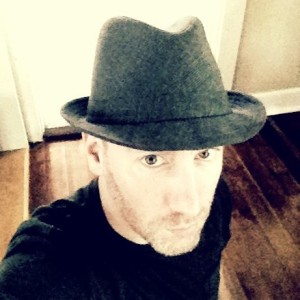 The term genre-defying is often bandied about in the publishing industry to the point that in recent years it really has come to lose its meaning.  It is rare that one comes across a novel that truly is impossible to classify.  Until you pick up Dead Harvest by Chris F. Holm, that is.  After that, all bets are off.

Dead Harvest is many things and also something singular in vision.  It will appeal to fans of genres as diverse as mystery, urban fantasy, noir, adventure, horror, and thriller; but readers will likely find enjoyment even if they are not a fan of a few of those categories.  Give this book a chance and you won’t regret it.

BOLO Books:  Who was your target audience when you first started writing this book? Did you intend to cross so many genre boundaries? Do such boundaries really even exist?

Chris F. Holm:  My goal in writing Dead Harvest wasn’t so much to cross the boundaries between crime and fantasy as it was to find a story in which both genres could comfortably coexist. I’ve read widely in both genres as long as I can remember, so to my mind, combining them wasn’t all that strange – and lord knows I’m not the only person who’s ever done it. William Gibson, Jim Butcher, Richard Morgan, and Charlie Huston have all taken stabs at blending crime fiction with the more speculative end of things. As for my target audience, I assumed – perhaps naively – that a book that dabbled in two genres would attract readers from both. To some extent, that’s been true – but the opposite is also true. Some fantasy readers have no interest in crime fiction. Many crime-fic fans balk at the first sign of anything fantastical.

Set in present day New York City, Dead Harvest is the story of Sam Thornton, a man with a most unusual occupation.  Sam is a Collector, which basically means that it is his job to collect the souls of those that have strayed from the path of “good.”  Once Sam extracts these souls, he delivers them to Hell where they will exist for all eternity.

BOLO Books:  How did the idea of a soul collection come to you? The fact that he collects “damned” souls gives Sam an interesting moral rightness that readers will connect with, whereas soul-stealing itself could seem to lean more toward a villain or anti-hero type character. Were you afraid that readers would resist rooting for Sam?

Chris F. Holm:  I wasn’t, for the simple reason that I found myself rooting for him. Sam’s not a perfect guy by any means, but one thing that becomes clear over the course of Dead Harvest is he’s not an evil man. He’s just a guy who, in life, was dealt a lousy hand, and maybe cheated some while playing it. Now, in death, he’s forced to abandon his hopes and dreams in favor of a shitty, hopeless, dead-end job that eats away at his humanity. Seems to me most wage-slaves (among whom I still sadly count myself) should be able to relate to that.

Sam’s latest assignment is to collect the soul of a young girl who slaughtered her family for no apparent reason.  Kate MacNeil remembers nothing of the night her parents and sibling were killed, but the police are eyewitnesses to the torture she inflicted on her mother. However, once Sam begins the soul extraction, he is bombarded with doubts about her guilt.  Her soul is too “light” to be that of a murderer and thus he makes the forbidden decision to defy his orders and spirit Kate away to safety.

It is worth pointing out here that Sam himself has been collected, so in order to fulfill his job requirements, he must jump into the bodies of other humans.  Being an upstanding guy – and our hero – he tries to limit himself to the bodies of the recently deceased.  Needless to say, this is not always possible and the “borrowing” of a living body can result in major side effects.

BOLO Books:  Sam’s world comes with a complex set of rules and ramifications. Did you have a clear idea of how things like “meat suits” and soul-stealing would work when you started writing or did this deeper level world-building come about as you were writing?

Chris F. Holm:  The soul-stealing came right away. The inspiration for the series was a dream I had one night that became the opening to Dead Harvest, in which Sam collects the soul of a renowned writer. Once I realized who Sam was and why he was collecting souls, the notion of him requiring a fleshly vessel soon followed. It felt fresh to me – I hadn’t seen anything quite like it done in the first person before. The rest of the rules, I worked out as I went, and prayed like hell they’d hang together when I was done.

Flashbacks to Sam Thornton’s history occasionally break up the present day action, clueing readers in on why Sam’s soul was collected.  These sections, in particular, have a very noir feel to them and could easily have stood alone as a separate story.

BOLO Books:  Are you a fan of noir? What elements in your book do you think most reflect the noir style?

Chris F. Holm:  I’m a huge fan of noir. In fact, I wrote an essay that appears at the end of The Wrong Goodbye about the history of noir, and my series’ place within the noir canon. Noir preservationist Eddie Muller defines noir as “working class tragedy” – which is as good a definition as any, I suppose, even if it’s a little narrow for my taste. To me, noir boils down to bleak humanism – to shit options, bad decisions, and the dire consequences that follow. You’ll note nothing in either definition is tied specifically to crime – noir is more flavor than genre. But either way, Sam’s story fits. To my mind, unless I someday redeem him, Sam’s story is as noir as it gets – because he’s literally damned no matter what he does.

Along the way, Sam hooks up with Anders, a homeless man who is more observant than society gives him credit for.  Anders can tell that Sam in not in his “correct” body and while he doesn’t know the details, he accepts this and the two become unwitting partners in protecting Kate from both the police and what appears to be a supernatural entity that wants to claim her soul.

BOLO Books:  The Sam/Anders duo seems to mirror that more common crime fiction trope of partners in conflict who are able to put aside their differences in order to save the innocent. How do you view their partnership?

Chris F. Holm:  That’s a fascinating observation to me, because I confess I didn’t think that much about it when I put them together. (Which, for the record, is not to say you’re wrong; sometimes I think writers are the worst judges of why they’ve done things.) If anything, I would have described Kate and Sam’s relationship along those lines, because – as condemned and executioner – they’re as unlikely a pair as you might find. My goal in writing Anders was to suggest that perhaps those among us who might not fit in to our narrow conception of acceptable behavior might yet have something on the rest of us. Anders is decent, sweet, brave, kind – but he’s been cast out by society for being a little odd. And of course the punch line is, his oddness isn’t insanity so much as the rare ability to see the world as it truly is.

Naturally, given the subject matter of the novel, there is also an interesting mix of religious ideas within the text.  What starts out as a simple job to claim the soul of Kate quickly becomes much more complicated with the addition of characters like Lilith (yes, that Lilith), Bishop and Merihem.  Sam’s defiance of the rules may just lead to a war between Angels and Demons.

BOLO Books:  Did you encounter any resistance from editors and publishers concerning the inclusion of such religious matters in what essentially is a work aimed at entertainment?

Chris F. Holm:  I haven’t, and I was deeply disappointed. I was ready to fight tooth and nail to keep the religious elements in. To weather criticism and derision at every turn. To deal with protests and bans once the books were released. But sadly, everybody’s been so damned reasonable. Maybe one or two of the editors who passed on it declined on religious grounds, but if they did they never said so. My publisher, Angry Robot, never batted an eye. The truth is, I think the questions of faith I grapple with are as universal as their answers are individual. And I work hard throughout the series not to throw in with any one group, religious or otherwise. I think that strategy’s paid off – I’ve been reviewed by everyone from avowed atheists to evangelicals, all of whom seem convinced I secretly share their positions.

Dead Harvest has a very cinematic narrative style.  Chris F. Holm writes non-stop action sequences that both readers and film fans will connect with.  Jumping from one set-piece to the next, the sense of propulsive forward momentum carries the story along to the dramatic conclusion.  Some highlights of the adventure include a hospital breakout scenario and a helicopter hijacking.  Holm also injects the dramatic text with dashes of humor sprinkled through the story so there really is no opportunity for boredom.

BOLO Books:  Has there been any interest in The Collector Series from TV/Film entities? It seems tailor-made for a successful television series.

Chris F. Holm:  That’s very kind of you to say. The truth is, there’s been interest – from a couple networks, a handful of producers – but so far, that interest hasn’t gelled into anything more concrete. It seems impolite for me to name names, but I will say this: I’m shocked and honored by the caliber of the folks who’ve come knocking.

Dead Harvest is only the first in a trilogy of novels, so while the main storyline involving Kate is resolved, there are many other secrets that are only hinted at.  Readers will be eager to get their hands on The Wrong Goodbye, Book Two in The Collector Series.

BOLO Books:  What do readers have to look forward to in The Wrong Goodbye?

Chris F. Holm:  The Wrong Goodbye takes the old-school-crime-pulp-meets-fantasy of Dead Harvest and folds some buddy-comedy and Lovecraftian horror into the mix. It expands Sam’s world considerably, introducing new allies and villains alike. The Wrong Goodbye takes readers from the wilds of the Amazon rainforest to the desert sands of the American Southwest, with a stop in the gritty streets of ‘60s Amsterdam along the way. Also, there’s a bug monster, but whether that’s a selling point or not is up to you.

Sounds like a great read, doesn’t it?  Before heading out to the store to buy your copy, let me know what you thought of the new Inter(Re)view idea.  Did it “work” for you?  Would you like to see this format used again on occasion?