From the Booking desk:

Azar Nafisi is probably not the name you expected to see on a crime fiction blog this morning, but the truth of the matter is that Azar is supportive of all genres of literature and the dissemination of its power world-wide.

Best known for the best-selling memoir Reading Lolita in Tehran, Azar Nafisi’s latest book, The Republic of Imagination, continues her quest to examine life through the works of great literature and the effect these classics have on our society and our humanity.

In my multiple encounters with Azar, our topic of discussion often strayed to crime fiction and I was delighted to find out that she is a fan of the genre. You can certainly imagine how thrilled I was when she agreed to stop by BOLO Books to discuss crime fiction with me.

With that, ladies and gentlemen, I present to you the one and only Azar Nafisi! 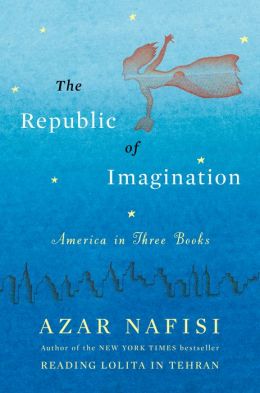 BOLO Books:  In your new book The Republic of Imagination, you talk about Nancy Drew as one of your first loves in the mystery genre. Did you immediately feel a kinship with Nancy?

Azar Nafisi:  So long ago when I read her, but yes, I did feel a kinship. I guess I empathized with her ‘nosiness,’ her daring to pursue her ‘nose’ and fulfill her curiosity. You know, I vaguely remember I felt empowered by this ability to pursue & solve a mystery.

BOLO Books:  It could be argued that all books are mysteries to some extent. What hallmarks of the genre make it stand out for you?

Azar Nafisi:  I believe it is true that all books are mysteries in one sense, in the sense that a good story or a good poem or philosophical treatise for that matter, but mainly story, depend on the pursuit and resolution of some unknown factor, it is an act of discovery. In a novel like Pride and Prejudice for example both protagonists are unknown to each other & to themselves, through opening themselves to the world, allowing themselves to take risks they discover their own flaws and the others’ strengths….I mean no good story is without an element of human mystery. I believe the act of reading itself is in one sense playing detective.

Curiosity, empathy. All good detectives need to want to know and possess the ability to put themselves in the mind of both the villain/s & the victim/s. They also need to have developed some inner values and principles. No matter how cynical, they believe in justice.

BOLO Books:  I’m going to throw out some names of legends in the genre. What are some of the first things that pop into your mind with each?

Azar Nafisi:  Chandler’s Language! He like Twain changed the course of the genre through a new aesthetics, something that began with Hammett. Also social criticism.

Azar Nafisi:  Story telling, a certain sweetness that can be beguiling.

Azar Nafisi:  The mix of method and madness!

Edgar Allen Poe (after all, I am a Baltimore native)?

Azar Nafisi:  Mix of fantasy and reality, as in the case of Doyle making both mysterious. 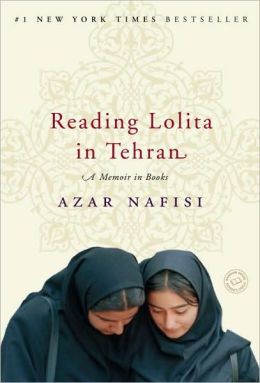 BOLO Books:  Is there a tradition of crime novels in Middle Eastern literature?

Azar Nafisi:  A very thin tradition, not because of lack of interest. At least in Iran I know there is great popular interest and some have been translated. But the regime hates them! How could you have an amateur unveil corruption in higher places, and beat the revolutionary militia?! The figure of detective is a subversive figure tolerated in a democracy. And then there are the highbrow intellectuals who turn their nose down at the genre. They too are captives of their own formulates & conventions. Very unhip!

BOLO Books:  When you read a mystery novel, do you try to “figure it out” or are do you just follow the journey the author is taking you on?

Azar Nafisi:  I believe I do both simultaneously.

BOLO Books:  At many of the conventions devoted to crime fiction, there is always talk about how the crime novel is very much the social novel of the day. Would you agree? It could certainly be argued that both Shakespeare and Charles Dickens were writing “crime” works. Do you think they would be part of the crime fiction genre if they were writing today?

Azar Nafisi:  Crime fiction has certainly developed into social criticism and from the start beginning with the great masters you mention, we can see the potential for it. I don’t know what they have done today, but going by their work and the effect that work has on us today, I can safely say they are still criticizing us!! 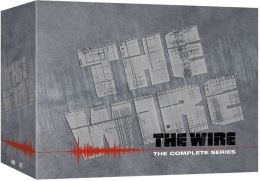 BOLO Books:  At an event at The Ivy Bookshop in Maryland, you also talked a bit about the HBO series The Wire. Tell us a bit about why this show resonates with you.

Azar Nafisi:  I was reminded of Huck Finn within a different context and in the garb of film. The sort of lonely boy, tragic in essence, belonging to the fringes, more independent minded than those who marginalized him, sticking to his own version of dignity & integrity in a society that has lost the meaning of those words. Omar Little like Huck Finn and Marlowe is the kind of American that is fast becoming extinct. And The Wire is an attempt to keep the type alive –  in fiction at least.

Azar Nafisi:  I choose a form where form and content can shine through, and yet they can be affordable. Ebooks complement the book, but neither is going to replace the other. I like books as unique individual objects. They become my friends, my children, my lovers, even my pets!!

I hope that this interview with Azar Nafisi was as inspiring for you as it was for me. Take a moment to revisit those classic crime fiction pioneers, re-watch The Wire, and of course, check out Azar Nafisi’s Reading Lolita in Tehran and The Republic of Imagination.

Thank you so much for stopping by BOLO Books, Azar.  I hope to run into your again soon and to continue our conversations about the power of literature.