Triple Time with Crime and Diversity

We often hear talk of how crime fiction is the social novel of today. Many of the problems faced by society are reflected back to us through the books we read. However, diversity issues still plague this genre. Things are getting better and there are more representations of diversity in both authors and characters with each passing year, but we can still use more of these lesser-heard voices within the crime fiction community. As a way of supporting and encouraging, Dru Ann Love, Lesa Holstine, and I decided to center our latest Triple Post on the subject of diversity. Fittingly, we each pinpointed and covered the topic in different ways. We hope that you will enjoy our posts and that it inspires you to try something new, something outside of your everyday box.

Diversity in literature is important because diversity in life is important. It may be a cliché to say that you can’t understand another’s struggles until you have walked in their shoes, but it also happens to be accurate. And since we really cannot walk in the shoes of another, the best that we can do is to listen to their stories. As with day to day life, the more we allow ourselves to interact with “others” in our reading, the sooner we come to understand that when we get down to it, “we are more alike, my friends, than we are unalike.” (Maya Angelou, Human Family) 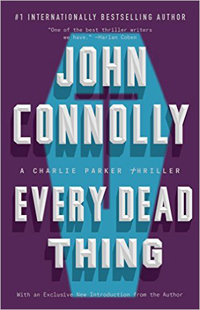 My first choice for this topic is John Connolly’s Charlie Parker series and the reason is a unique one. On the surface, this is a series that could easily have fallen into the trap many thriller series by men get lost in – too much testosterone and no real heart; but what John Connolly has created is virtually the opposite of that – avoiding these clichés in favor of a truer representation. Diversity abounds in the books across this series, but for now I shall just focus on my two favorite sidekick characters in all of crime fiction – Angel and Louis. These two have been part of the Charlie Parker series from the start and they are about a diverse as possible. Angel is a small Latino burglar fond of comfortable clothing; while Louis is a big African-American hitman who is always impeccably dressed in tailor-made suits. Together they form a delightful partnership – both in their criminal activities and in their bedroom 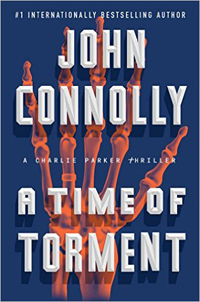 activities. Yes, that is right, Angel and Louis are a gay couple who not only defy stereotyping, they blast past any preconceived notions readers might have about them on every level. Two more loyal individuals, you are not likely to find in literature. They are so integral to the Charlie Parker series, that they are even given their own book: The Reapers (book #7 in the series) allows them to take center stage and acquaints readers with more of their backstory.

Books in the series: Every Dead Thing; Dark Hallow; The Killing Kind; The White Road; The Black Angel; The Unquiet; The Reapers; The Lovers; The Whisperers; The Burning Soul; The Wrath of Angels; The Wolf in Winter; A Song of Shadows; and A Time of Torment 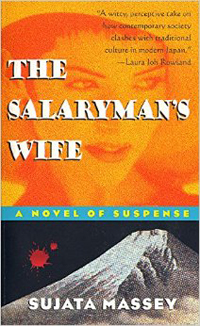 Next up, I would like to talk about Sujata Massey and her Rei Shimura series. Like John Connolly, Sujata has been writing in the crime fiction genre for a considerable time now. The debut book in the Rei Shimura series came out 1997 and went on to be nominated for many of the genre’s top awards (including winning the Agatha for Best First Novel). Rei Shimura is a half-Japanese woman living in Tokyo. Because of her mixed heritage, Rei is an outsider in both the books set in Japan and those set in the United States. As the series evolves, readers follow Rei as she matures from an insecure youth into a full-fledged woman of the world – with many varied, but interconnected career paths along the way. Sujata Massey is half Indian and 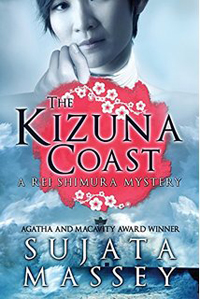 half German, so she understands this feeling of other-ness and successfully conveys this across the series. Unlike some series, the Rei Shimura books are each individual in style and tone. They all have mystery elements, but some of them are more romantic than others – even straying towards the erotic at times – while some are almost thriller-like in structure. The appearance of new Rei books is now not as common as most mystery series entries, but this is because Sujata makes sure that there is a story she needs to tell and that Rei is the character needed to lead the reader on that path. Word on the street is that she will soon launch a new series with yet another diverse heroine.

Books in the series: The Salaryman’s Wife; Zen Attitude; The Flower Master; The Floating Girl; The Bride’s Kimono; The Samurai’s Daughter; The Pearl Diver; The Typhoon Lover; Girl in a Box; Shimura Trouble; and The Kizuna Coast 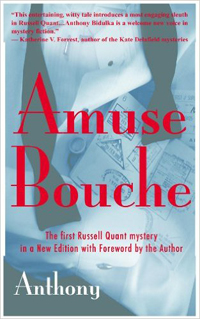 My final choice for this diversity post brings us back to another gay character. Anthony Bidulka’s Russell Quant series was one of the first series of gay mysteries I became addicted to. Russell Quant is an adorable, young private investigator working out of Saskatoon, Canada. His job assignments require him to travel to exotic locales – including, but not limited to Hawaii, Dubai, Mexico, Africa, and New York City. To each of these locations he brings both his gay sensibility and his Canadian heritage. Because each of the books is partially set in the Canadian 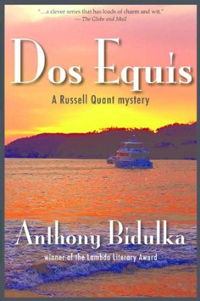 provinces, the more cultural acceptance of the gay lifestyle in that country allows for a fun and flirty series without much of the angst common in the sub-genre. The unusual settings for the PI assignments also bring diversity into the mix of the mystery. Suspects run of the gamut in terms of economic status, cultural identity, and sheer originality. The Russell Quant series has come to a conclusion, so new readers can enjoy the whole spectrum of his life and loves.

Books in the series: Amuse Bouche: Flight of Aquavit; Tapas on the Ramblas; Stain of the Berry; Sundowers Unbuntu; Aloha, Candy Hearts; Date with a Sheesha; and Dos Equis