The Cutaway – The BOLO Books Review

Media scrutiny is at an all time high. It seems that no matter where one turns, there is controversy, distrust, and scandal involving our news agencies. Of course, none of this is really “new,” but in our social climate, it seems that everyone suddenly has an opinion. Within that melee is where Christina Kovac positions her debut mystery, The Cutaway.

The Cutaway is set in Washington DC, so it will surprise no one that the mystery at hand has a political angle, but what makes this novel so interesting is how the press and the police clash over this complex missing persons case. 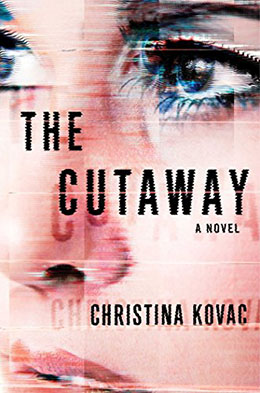 The Cutaway by Christina Kovac

Attorney Evelyn Carney walked out of a crowded Georgetown restaurant after a very public fight with her husband – and then simply vanished. Virginia Knightly is a television news producer who not only sees rating potential is this domestic scandal, but also feels a kinship with this missing woman. She will fight to have Evelyn’s story heard.

Complicating matters for Virginia are troubles in her own life. She has romantic ties (or potential ties) to both the police and her news staff and she is fighting against the old-boys club within the network news structure. Thankfully, Virginia does not allow any of this to distract her from her main goal – telling this victim’s story. The more she and her news team dig, the more secrets they uncover. Rarely thinking of her own safety, Virginia will do what it takes to expose the truth.

Christina Kovac knows network news. Beyond the very interesting mystery around which it revolves, this book serves as a wonderful introduction into what it actually takes to create that evening news broadcast. How this team investigates leads, elicits information, and struggles for attention feels authentic and makes for a fascinating backdrop to the drama. While this is clearly Virginia’s story, there is the sense that network news is – and must be – a team effort. As a leader, Virginia easily gains reader support, even if some of those in power positions at her job are less quickly convinced.

Virginia Knightly is a professional, independent woman in the vain of Hank Phillippi Ryan’s Jane Ryland. In an industry where too often women are viewed as “just a pretty face,” these women kick-ass and take names. Christina Kovac has set herself up nicely for a series by slowly revealing Virginia’s layers. Readers will gladly tune in again for more for this inspiring character.