Many of you probably know – or know of – Tracy Fenton via her wonderful Facebook “group,” THE Book Club (TBC) which launched in 2015. To say that this secret group became a bit of a juggenaut would be a vast understatement and that is due in no small part to Tracy’s involvement. She has since launch her own book blog site – Compulsive Readers – where I participated in her Behind the Blogger feature earlier this year. it was somewhat inevitable that she would be stopping by BOLO Books for the Composite Sketch feature – and today is the day. I hope that you enjoy getting to know this UK-based book advocate. 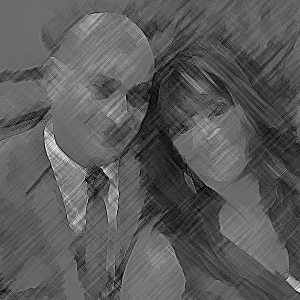 My husband Jason – why? Because he has put up with me for nearly 27 years. He has the patience of a saint and encourages me to follow my dreams even when they cause him grief. We work together and are with each other 24/7 so he obviously needs a sense of humour too. He is a wonderful father and works so hard to provide our family with a truly fabulous way of life. He doesn’t get enough praise for being such a loyal, kind hearted and generous person – and he is also my soul-mate.

I can’t list just one person – it would be any crime fiction author who manages to create a story with characters that make me feel, cry, laugh, cringe or gasp and transport me to their fictional world and leave me breathless.

Now this is difficult because I recently put together a list of my Top Ten fictional characters so I don’t know if I can limit this to just 1. However my #1 in my list is Edward Stanton – the star of 600 Hours of Edward, Edward Adrift and Edward Unspooled. He is a 39 year old man with Asperger’s syndrome and obsessive compulsive disorder.  He has a carefully constructed routine which includes tracking his most common walking time (7.38am) watching one episode of the 1960’s cop show Dragnet each night. (10.00pm)  and refusing to start his therapy sessions even a minute before the appointed hour (10:00 a.m.). He is absolutely HILARIOUS and one of the most observant characters I’ve read with the best attitude to life around.

Oh that is easy. Michael Keaton. I fell in love with him when I watched Johnny Dangerously in 1984 and followed his career from then. I’ve watched Beetlejuice hundreds of times and don’t get me started on how excited I was when he was cast at Batman in 1989. I still think he was the best Batman in the movies!

Can I also mention how much I LOVE Robert Downey Jr – OMG Iron Man – swoon, hot sweats and phwoar!

Well my wedding song was going to be “Always Look on the Bright Side of Life” from the Monty Python film Life of Brian.

I can’t think of something witty for my personal catch phrase so I cheated and used a Catchphrase Generator and it came up with a perfect solution HACK MY MIND-BLOWING CHEESE so I am going to try and use that at least once a day in the hope it goes viral! 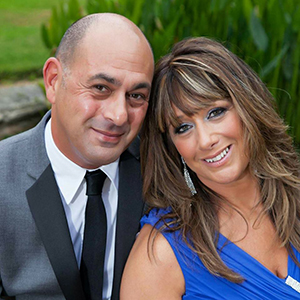