I am a huge fan of the Charlie McNally series by Hank Phillippi Ryan.  Refusing to rest on her laurels, last year Hank launched an ambitious new series with The Other Woman.  No surprise, she succeeded once again and the book has gone on to win awards and nominations of all kinds.  Today, the second book in the Jane Ryland series is released and I am so excited to share this wonderful interview with my blog readers.  Thanks for the support Hank! 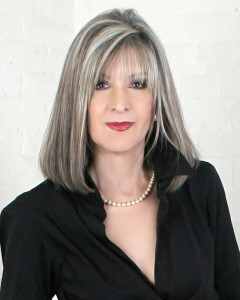 BOLOBooks:  In addition to writing award-winning mystery novels, you are also a multiple Emmy-winning investigative journalist.  I have to imagine that some of your plot ideas have come from stories you have covered for the television network.  But is there one story that you covered that was so outrageous you couldn’t put it in a book because no one would believe it?

Hank Phillippi Ryan:  Great question. You know how when you go to the grocery, and see a person you haven’t seen in a long time, and then the next day, they’re there again? That’s a coincidence, right?  But you can’t put that in a mystery–everyone would hoot with derision. So yes, real life is much more outrageous and unexplainable than fiction.

Even The Wrong Girl came, sort of, from a too-weird real life story.  In reality, a woman called me at Channel 7 to say she’d been reunited with the wrong birth mother because—and I am not kidding—cousins with the same first name had given birth within a few days of each other and given both babies up for adoption at the same agency, unbeknownst to each other.  Twenty years later, they were both looking for their daughters, and the agency, in a clerical error because the names and dates were so similar, mixed them up. 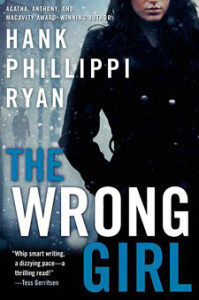 Really? Would you believe that in a book? NO WAY!, you’d cry.  And throw the book at the wall.  But that’s what happened in real life.  But as a mystery author, I could see the germ of a fabulous story in that—why would someone reunite birth parents with the wrong children?  And what if they did it on purpose?  Would people realize the truth about their own families? Even if they were lied to about it? Would we recognize our real parents?

And that turned out to be The Wrong Girl.

BOLOBooks:  Last year, with the release of The Other Woman, your writing took a bit of a turn.  Rather than the first-person narratives we had been used to from you, now we were presented with a story that needed a more complex method of storytelling.  How difficult was that adjustment for you?  Do you prefer one style more than another?

Hank Phillippi Ryan:  The adjustment, I will admit here in the privacy of this interview, was more difficult than I’d imagined.  The first-person voice of Charlotte McNally, the main character in the (Agatha winning!) Prime Time series, comes very naturally to me. And I think it may have to do with writing TV stories, since for the past almost forty years, I’ve been telling those stories with MY voice. Does that make sense? 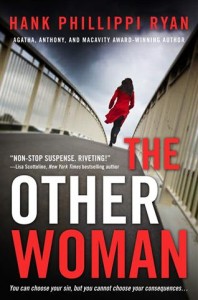 But with (the Mary Higgins Clark award winning) The Other Woman, I knew that story of deception and manipulation was too big and too complex to tell in first person. There had to be multiple points of view, since the engine of the story is dramatic irony—where sometimes the reader knows things the characters don’t.

So I had to understand how to put myself into the heads of several characters-fascinating!—and see the world through their eyes. Which, of course, is different depending on whose perception is at work.

I loved it!  And I taught myself to do it by saying to myself at the beginning of each writing day: “Once upon a time there was a.…” because I understand that was how we tell a story, beginning when we were little, when we heard and read fairy tales. And that’s just what I’m doing in my new books—writing a grown up tale.

BOLOBooks:  The plot of The Wrong Girl requires that your heroine, Jane Ryland, work for and with colleagues that she has not had the best experiences with.  What is it about Jane that allows her to put past differences behind her and focus on “righting a wrong?”

Hank Phillippi Ryan:  Oh, one of the joys of being a reporter is making things right—standing up for the little guy, being a voice to the voiceless, making sure the good guys win and the bad guys get what’s coming to them.  Justice.  Just like in a mystery/thriller, right?  So Jane’s a grown up (most of the time) and the goals of getting the story trump the little annoyances that come from pesky management.  I’m smiling as I write this. Usually.

Jane has her moments, as you know!  But she’s smart and determined and honorable.

BOLOBooks:  One of the strengths of both The Other Woman and The Wrong Girl is the sexual tension that exists between Jane Ryland and Jake Brogan.  Because of their jobs, the relationship is not exactly ethically endorsed and yet readers can’t help but root for them to overcome these obstacles.  How much fun is it to write the scenes between these two and do you worry that any changes to their relationship may change the already successful dynamic?

Hank Phillippi Ryan:  Thank you!  So wonderful of you. I just wrote a big scene for book 3 where Jane and Jake have a big fight, and it was really fun.  Yeah, I love those scenes, and I also have fun organizing the books so Jane and Jake logically wind up at the same place at the same time.  You know?  Since I don’t work with an outline, it’s wonderful to see the story emerge.

And changes—well, life changes, right?  And thank you for calling it a successful dynamic. No, I don’t worry, because to me they are “real” people, and life will work out. I truly do not know how, though, so it’s exciting for me, too. 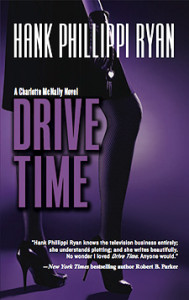 BOLOBooks:  Your first mystery series featured a TV reporter named Charlotte (Charlie) McNally.  Currently, there are four books in this very successful series.  Do you plan to write another?  Or might she and Jane encounter each other at some point?  I suspect the two of them would get along quite well.

Hank Phillippi Ryan:  Oh, you are such a troublemaker!  I’ve thought about it.  I even thought about having Jane refer to Charlotte in some way. But, you know…it seemed too inny.  Or something.  Another Charlie McNally book?  Sure. that could happen.  I’m so immersed in book three of Jane, now, and then book four – I want to keep my brain focused on Jane for a bit.  I wonder if that’ll work!

BOLOBooks:  You and I share similar tastes in what we read.  For example, I know that we both loved Defending Jacob by William Landay and Trust Your Eyes by Linwood Barclay.  What have you read recently that BOLOBooks readers should keep their eye out for?

Hank Phillippi Ryan:  AH! No can do. They’re all wonderful. I didn’t give up radio when TV came around, didn’t give up going to the movies when we got Netflix. So, dear Kristopher, I refuse to choose. Could you?  Come over and visit, and we’ll discuss it.

BOLOBooks:  Hank, I suspect we could come up with pros and cons for each format, so I completely understand your reluctance to choose.  We will certainly discuss this sometime.  And still not come to a real “answer.”

I hope that you all enjoyed this interview.   If you haven’t given any of Hank’s book a try, do so immediately.  And for those going to Bouchercon, remember that The Other Woman is nominated for the Anthony for Best Novel.  My thanks to Hank Phillippi Ryan for stopping by and come back tomorrow for the BOLOBooks  spoiler-free review of The Wrong Girl.