“A little more than kin, and less than kind.”

One has to wonder what it was like when Shakespeare’s plays began to appear in the 1500’s. The public must have been in awe of the talent displayed by this previously unknown entity. Much the same happens today when a debut novelist hits it out of the ballpark on the first try. As such, it is only fitting that a debut novel as strong as Brian Panowich’s Bull Mountain plays out like the best tragedies in the Bard’s repertoire.

Bull Mountain is first and foremost a novel about family. Not just family in the traditional sense of blood relations – although the Burroughs family provides plenty of that within the tale – but also the chosen family, including everything from spouses to employees to criminal sidekicks. Those people to whom you have an undeniable bond of loyalty – no matter how tenuous such connections might be. 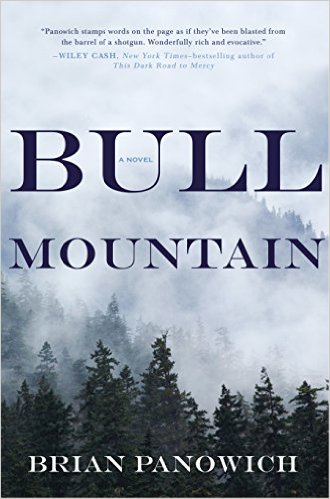 Panowich’s novel is epic in scope – a multi-generational story spanning from 1949 to 2015 – but is very intimate in execution. The novel starts out with a shocking betrayal deep in the heart of Bull Mountain, Georgia. The actions on that fateful day will reverberate through the Burroughs family for generations to come.

The members of the Burroughs clan have been outlaws on the mountain from the very start. It is not until Clayton Burroughs chooses to become the sheriff that law threatens to tear the family asunder. The Burroughs’ heritage of meth cooking and other nefarious activates have made them legends – though perhaps only in their own minds. So, when ATF agent Simon Holly approaches Clayton with a plan help put an end to their criminal ways, he is easily persuaded to do his part. Even though Clayton knows his actions are going to appear to be an affront to his kin.

The cast of characters in Bull Mountain is numerous, but Panowich makes each easily identifiable and realistically complex. It is a true ensemble piece, with the Burroughs family as the lynchpin connecting everyone and everything. Like a true lynchpin, chaos on the mountain would ensue without the Burroughs.

Brian Panowich writes some beautiful passages that resonate far longer than it takes to consume the novel. Panowich skillfully manages to avoid the temptation to overwrite which is so common in first novels. By doing so, he keeps Bull Mountain streamlined and focused, thereby elevating its power and hold over the reader. Elegant phrasing may not be what one would expect from a noir tale set in hillbilly territory, but Panowich’s novel is all about defying expectations, so it somehow works.

Expect to see Bull Mountain on many of the award shortlists come nomination season. First novels do not get better than this; heck many established novelists do not even get close creating what Brian Panowich has accomplished here. Just like the Burroughs family leaves their mark on the territory, Bull Mountain represents the start of a literary legacy that will last the ages. Be sure this novel is on your reading agenda.

“If you kill something on this mountain, you better have a damn good reason.”