Last night was the official launch for Laura Lippman’s Wilde Lake. The event was held at The Ivy Bookshop – a local Baltimore institution where Laura has hosted several launches over the years. 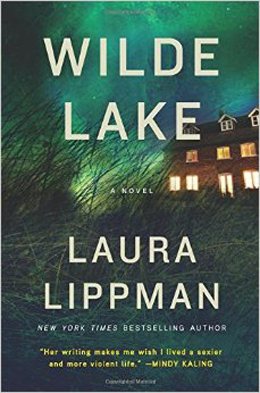 Having been to many a book launch, I can attest to the fact that they can be hit or miss events. Laura, ever the pro, has never let me down yet; but this launch for Wilde Lake felt like something extra special. Part of this is not doubt because as a long-time Columbia resident, Wilde Lake resonated with me in a very personal way, but it was also clear from the discussion that the topics and themes of the novel really mean something to Laura herself and that she has been changed because of them.

As I recount some brief highlights of the evening, it’s going to sound like a more somber affair, but trust me when I say that it was anything but. It really felt like a gathering of folks who want so badly for a better society and Laura was the evening’s shaman. Really, nothing that was discussed would be considered radical or revolutionary, but the earnestness with which Laura spoke of these difficult topics captured us all in its magic spell.

All in all, you can see this was a very stimulating discussion. If you have a chance to see Laura while she is on tour for Wilde Lake, please don’t pass up that opportunity. You won’t regret it. Here is a link to her upcoming schedule.