Under the Harrow – The BOLO Books Review

Flynn Berry’s Under the Harrow is a crime fiction debut that packs quite a punch. This slim volume is so densely packed with descriptive language and beautiful imagery that readers will struggle with wanting to read faster to know what happens and slowing down to savor the author’s writing acumen.

Under the Harrow is the story of two sisters Nora and Rachel. When Nora travels from London to her sister’s home in the countryside, she never imagines that she will discover Rachel’s body – the result of a vicious attack within the sanctity of her home. 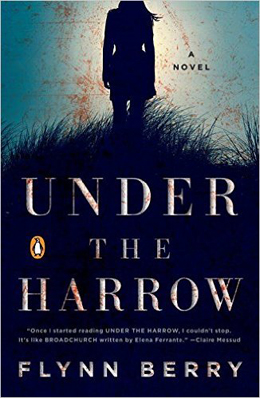 Under the Harrow by Flynn Berry

Having her own reasons for distrusting law enforcement, Nora convinces herself that her only option is to investigate Rachel’s death independently. However, the deeper she digs into Rachel’s life, the more she realizes that the sister she once considered her closest confidant was keeping a multitude of secrets.

What follows is a steady decent into obsession and madness as Nora struggles to reconcile the connection she had with her sister with the reality of Rachel’s life.

Under the Harrow is more of an intense character study than a crime novel. Readers should know this going in, as it will not appeal to everyone. Fans of unreliable narrators will likely connect with Nora as her obsession become more intense – oddly focused and desultory simultaneously. Lovers of language will rejoice in Flynn Berry’s prose – she has a restraint more closely associated with classic literature.

As a debut, Under the Harrow will leave readers anxious to see what Flynn Berry is going to produce next.