Some heavy-hitters in this week’s list of books to be on the look out for. I know many of you have been waiting for these books, so get yourself to the bookstore and enjoy! 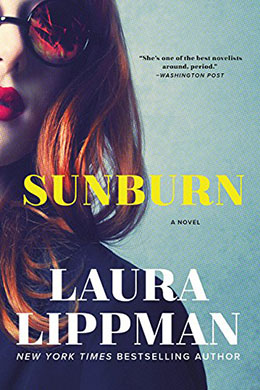 I’ve already told you that Sunburn is my favorite Laura Lippman book yet. The spoiler-free BOLO Books Review of Sunburn will tell you exactly why. Laura will be on tour, so keep your eye out for local appearances.

New York Times bestselling author Laura Lippman returns with a superb novel of psychological suspense about a pair of lovers with the best intentions and the worst luck: two people locked in a passionate yet uncompromising game of cat and mouse. But instead of rules, this game has dark secrets, forbidden desires, inevitable betrayals—and cold-blooded murder.

One is playing a long game. But which one?

They meet at a local tavern in the small town of Belleville, Delaware. Polly is set on heading west. Adam says he’s also passing through. Yet she stays and he stays—drawn to this mysterious redhead whose quiet stillness both unnerves and excites him. Over the course of a punishing summer, Polly and Adam abandon themselves to a steamy, inexorable affair. Still, each holds something back from the other—dangerous, even lethal, secrets.

Then someone dies. Was it an accident, or part of a plan? By now, Adam and Polly are so ensnared in each other’s lives and lies that neither one knows how to get away—or even if they want to. Is their love strong enough to withstand the truth, or will it ultimately destroy them?

Which one will it be? 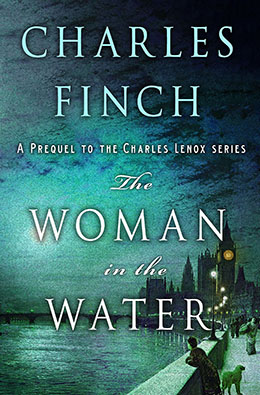 Charles Finch’s historical series is a favorite of traditional mystery fans. Now, new readers can jump into the series with this excellent prequel story. Fans of the books will love this look back at a younger Lenox, and like myself will hope that we get more books from his early days as a detective.

London, 1850: A young Charles Lenox struggles to make a name for himself as a detective…without a single case. Scotland Yard refuses to take him seriously and his friends deride him for attempting a profession at all. But when an anonymous writer sends a letter to the paper claiming to have committed the perfect crime―and promising to kill again―Lenox is convinced that this is his chance to prove himself.

The writer’s first victim is a young woman whose body is found in a naval trunk, caught up in the rushes of a small islets in the middle of the Thames. With few clues to go on, Lenox endeavors to solve the crime before another innocent life is lost. When the killer’s sights are turned toward those whom Lenox holds most dear, the stakes are raised and Lenox is trapped in a desperate game of cat and mouse.

In the tradition of Sherlock Holmes, this newest mystery in the Charles Lenox series pits the young detective against a maniacal murderer who would give Professor Moriarty a run for his money. 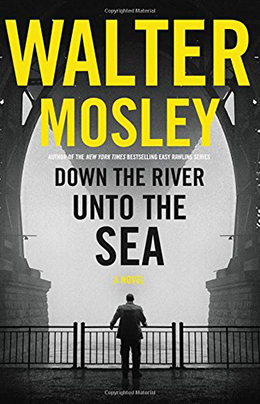 Walter Mosley is a legend of crime fiction, so this start of a new series is highly-anticipated by many. One of our foremost examiners of race relations within the crime genre, he can always be counted on to provide much food for thought along with a well-constructed crime plot.

Joe King Oliver was one of the NYPD’s finest investigators, until, dispatched to arrest a well-heeled car thief, he is framed for assault by his enemies within the NYPD, a charge which lands him in solitary at Rikers Island.

A decade later, King is a private detective, running his agency with the help of his teenage daughter, Aja-Denise. Broken by the brutality he suffered and committed in equal measure while behind bars, his work and his daughter are the only light in his solitary life. When he receives a card in the mail from the woman who admits she was paid to frame him those years ago, King realizes that he has no choice but to take his own case: figuring out who on the force wanted him disposed of–and why.

Running in parallel with King’s own quest for justice is the case of a Black radical journalist accused of killing two on-duty police officers who had been abusing their badges to traffic in drugs and women within the city’s poorest neighborhoods.

Joined by Melquarth Frost, a brilliant sociopath, our hero must beat dirty cops and dirtier bankers, craven lawyers, and above all keep his daughter far from the underworld in which he works. All the while, two lives hang in the balance: King’s client’s, and King’s own. 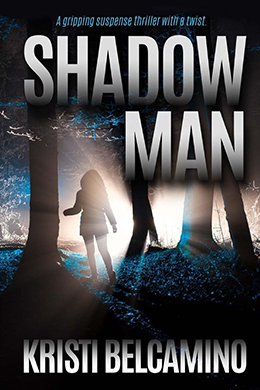 Kristi Belcamino mines current events for this gripping suspense yarn. Readers will see echoes of the Slenderman case in this book, but as is typical of Belcamino, things rarely go in predictable directions. This is the start of a new series and Maggie Bychowski is another in a growing line of strong, resilient, female protagonists for Belcamino. The e-book is currently on special for $.99, so you have no excuse for not giving this one a try – you won’t be sorry that you did.

When Maggie Bychowski is first hired as a police officer in Sanctuary City, the small northern California town seems to live up to its bucolic name. But Maggie soon finds her job in jeopardy because in this town the thin blue line is as crooked as a drunk walking heel-to-toe.

Meanwhile, another threat is seeping into town. Shadowman, an online fantasy character, lures local girls into doing his bidding with enticing stories of life in his luxurious mansion.

When a shocking crime strikes the town and Maggie suspects that all is not as it appears, the powers that be mobilize to protect their own. But Maggie is determined to uncover the truth, no matter how ugly–or difficult to believe–it may be.