Today, I am happy to present the second post in our ongoing series covering the various elements of writing.  (Be sure to read the first part of the series, with David Freed discussing Setting).

I am thrilled to welcome Linda Rodriguez to BOLO Books.  This past week, there has been quite a controversy brewing over the lack of diversity presented in the authors participating in BookCon (the open-to-the-public portion of BookExpo America), so it seems timely that Linda is here to discuss character and specifically how she developed her unique character, Skeet Bannion.  Join me in welcoming Linda Rodriguez to the blog. 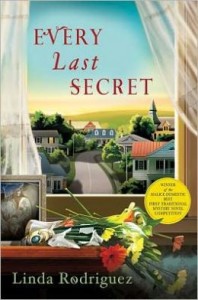 When I write fiction, I always begin with character. For me, all story and plot arise from character. For the Skeet Bannion series of mystery novels—Every Last Secret, Every Broken Trust, Every Hidden Fear—I knew I wanted to write about urban, mixed-blood Indians. I am one myself, and so are many of my friends all around the country. In fact, there are more Indians living in cities now than on reservations. This is, in large part, due to the BIA’s big urban relocation program of the 1960s and 1970S when they moved whole families from the reservations far away to cities where they knew no one and were culturally isolated. We’re seldom written about. When non-Indians write about us, they want to write about Indians living ancient traditional lives on reservations or about urban Indians who are drunks and drug addicts. Neither is an accurate portrait. So I wanted to write about an urban mixed-blood Indian living and successfully working in Kansas City because I know the city, and I made her Cherokee because I’m Cherokee. 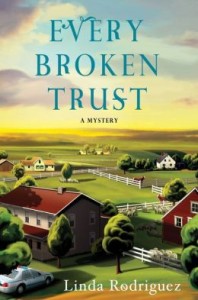 I created a small university town right outside of Kansas City with various features I liked in a variety of small towns around the metropolitan area. That brought me face to face with the question of why my Cherokee cop left a successful career (it had to be successful, or they wouldn’t want her as a police chief) to live in a small town and head a campus police force. So I dug deeper into my character, Skeet Bannion, and discovered her alcoholic, verbally abusive cop father and her unfaithful cop ex-husband who doesn’t want to let her go. Suddenly, Skeet had excellent motives to flee Kansas City—and not incidentally, a load of emotional baggage to deal with, as well, baggage that didn’t have a whole lot to do with her being Cherokee.

When non-Indians (the rare ones who put in the good-faith effort to avoid stereotypes and appropriation) write Indian characters, I often notice that all of their characters’ problems, emotional and practical, have to do with their being Indian. It’s true that Indians—and Latinos, African Americans, Asian Americans, and members of other marginalized communities—deal with stereotypes, discrimination, and overt and covert racism, but we also deal with the same emotional and practical problems that other people have, such as broken hearts, car accidents, job stress, appliances that break down, and death in the family. I wanted to show this with my character. Skeet has faced, and still does, people who are prejudiced against her because she’s Cherokee, but she’s faced similar prejudice because she’s a woman. She’s struggling to find a way to stay connected to her culture, living away from her tribe and family, but she’s also struggling to learn to deal with her fears of emotional closeness and commitment. Her ex-husband wasn’t unfaithful to her because she was Cherokee, but because she was more successful than he was and he couldn’t deal with that.

The important thing for me in writing Skeet and characters from any other culture or community is to try to be faithful to their individual humanity while being accurate about their culture. What do you look for in characters?

Thanks again to Linda Rodriguez for joining us here today. Linda is published by Minotaur Books.  Now, before you go running off to your local independent bookstore – and I know you will be going to get these books because you can’t wait to meet Skeet – think about your favorite characters.  How diverse is your reading?