Today’s post is the start of a new series of posts detailing the various elements of writing and how various authors incorporate them into their work in a very practical way.

First up is David Freed talking about Setting.  David is the author of the Cordell Logan mystery series.  You may remember this series from the BOLO Books review of Fangs Out last year.  Just released this week is the third book in this series, Voodoo Ridge, set largely within the mountains around Lake Tahoe.

So now, without further delay, here is David Freed talking about setting. 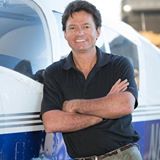 People who are in the business of buying and selling property know that a bad house in a good neighborhood typically fetches bigger bucks simply by virtue of where that house is situated. The same can be said of where a writer sets his or her story. The more alluring the setting, generally speaking, the more compelling the tale. A captivating setting won’t necessarily make a laughably awful book great (Bridges of Madison County, hello?), but it can’t hurt.

The best books take readers to locations they’ve never been before, and to where they likely may never go. It’s therefore up to the ambitious writer to portray that world, however factually based or wholly imaged, in as vivid and engaging a way as possible. The question is, how much research must an author conduct to create, at a minimum, that patina of authenticity necessary to persuasively transport readers in their heads to those locations where the book plays out?

Steinbeck, Faulkner and Hemingway relied heavily on personal recollections to set their respective literary stages by vividly crafting word pictures at which we lesser scribes can only drool. Then there’s novelist Stephen Crane, who was born six years after the North crushed the Confederacy, yet whose brilliant work of fiction, The Red Badge of Courage, many regard today as the most realistic exploration of Civil War combat ever written.

Much, obviously, depends on the individual writer’s literary chops.

In my series of mystery-thrillers, the protagonist, flight instructor and former government assassin Cordell Logan, resides on California’s central coast, in the fictional seaside resort town of Rancho Bonita, which bears more than a little resemblance to Santa Barbara, where I live. People will sometimes ask me, “Why did you make up a town? Wouldn’t it have been easier if Logan lived where you live?” For sure. But, then, I didn’t want nit-picky readers who, believe me, are out there in droves taking potshots at my invariably having gotten wrong the name of some minor cross street, or the address of the local CVS pharmacy. Better, in this case, to be fake than sorry.

Conversely, Logan so far has devoted much of his sleuthing activities in Los Angeles and San Diego, two cities where I lived for many years, and in Lake Tahoe, where I wouldn’t mind living. In each of my books, I have taken great delight in slipping in references to real places, like hole-in-the-wall Mexican joints where I’ve enjoyed far too many burritos and fish tacos. My hope in each case is that the proprietors of these eateries will read my books and give me free food. No such luck so far.

Much of the as-yet untitled novel I’m currently writing, which will be published in 2015, takes place in Hanoi. Though I’ve read extensively about the Vietnam War and have sat through Forrest Gump at least a half-dozen times, I realized beforehand that what I didn’t know about Southeast Asia could fill entire libraries. So I went. After spending nearly a month there, I’m still no expert on Vietnam, but if you do read the book, I’m hoping you’ll find my depictions of its exotic location persuasive enough that you will compel all of your close friends and distant relatives to read it, too.

My thanks to David for this discussion of setting.  Having lived in San Diego for seven years myself, I can attest to his accurate portrayal of that area, especially the unique community that is La Jolla.  Can’t wait to see how he brings Vietnam to life in his next novel.  Thanks for the guest post David.  See you at Bouchercon Long Beach!

Scheduling Update: Join us here at BOLO Books next week when Linda Rodriguez stops by to discuss “character.”