While she won’t remember this – there is no reason she should – I first met Marcia Talley at a standard bookstore event in Annapolis, Maryland in 1999. Her first book, Sing It To Her Bones had just been released and the combination of the Shakespeare-inspired title and a series debut with a lead character recovering from breast cancer was a temptation this reader couldn’t resist. Needless to say, I was not disappointed. The Hannah Ives series now consists of fifteen title (and counting), and I regularly see Marcia at events around the DC/MD/VA area (and beyond). It was only natural to invite her to BOLO Books for the composite sketch feature. Read on to find out about a whole group of inspiring individuals. 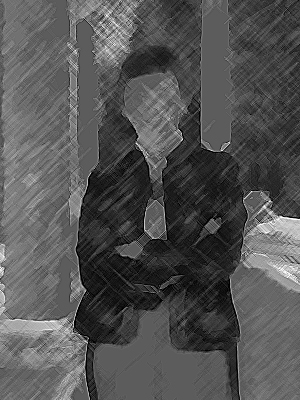 As the eldest child of a career military officer, we moved around a lot, never living anywhere more than 2-3 years. I was always being wrenched away from my friends, and as a result, I never really had a “best friend” until well into adulthood. In 1994 at the Malice Domestic conference, my good friend the late, great editor Sara Ann Freed, introduced me to one of her authors, Kate Charles. ‘I think you’ll like each other,’ she said. Sara Ann, as always, was right. Kate and I sat next to one another at a session, each of us with our knitting as I recall, and I think it’s fair to say that we haven’t stopped talking since. We were both Internet early adopters, so we have emails going back more than twenty years. We consult, commiserate, collaborate, collude … and visit one another as often as we can, given that Kate lives in the UK and I’m in the US. Kate was a powerful driving force in encouraging me to finish my first novel, offering valuable insight and advice that has continued through each published novel up through today.  And our ‘plot-festing’ sessions with our mutual friend, Deborah Crombie, are epic.

Elaine Viets and I first met in a bank vault in Philadelphia. I was a fledgling author attending my first ever publishers dinner at Del Friscos restaurant, the former First Pennsylvania Bank. The following year we bonded at the Adams Mark Hotel in Denver when we learned that our publisher, Bantam/Dell, was axing its paperback original mystery line thereby orphaning us and several dozen other authors. Elaine and I have been reinventing ourselves ever since. But, nobody does reinvention better, and with more imagination, than Elaine. After her Francesca Vierling series was dropped, she broke out with her bestselling DeadEnd Job series – Elaine actually works all those minimum wage jobs she gives to Helen Hawthorne. Not content with publishing just one book a year, Elaine started a second series featuring Josie Marcus, mystery shopper. Last year, she went deeper and darker with Brain Storm, the first in a brilliant new series featuring death scene investigator Angela Richman who, like Elaine herself, faced the challenge of rebuilding her life and career after a series of near-fatal strokes. The second in this series, Fire and Ashes came out this July. That’s 30 novels, folks, and I haven’t even mentioned Elaine’s Agatha and Anthony-winning short stories! Elaine is a miracle.

I’m totally in love with eleven-year-old British sleuth, Flavia de Luce who (thanks to author Alan Bradley) sleuths around 1950s England on her trusty bicycle, Gladys. A precocious, motherless girl with a passion for chemistry and poisons, she shares a crumbling mansion with her distant father and two insufferable older sisters, staffed by a handful of colorful and eccentric characters. Flavia’s wry humor cracks me up. Were I actually to stalk Flavia around Buckshaw, however, I know that Dogger, the deLuce’s dour man-of-all work, would quickly send me on my way.

I was going to say The Beatles – I own all their albums and am thrilled that there’s a channel dedicated to the Fab Four on Sirius satellite radio — but given my age, that wouldn’t surprise anyone.

In the late 1960s I was living in Baltimore with an infant daughter. On one of those local noontime talk shows, I heard Karen Akers sing and I’ve been a fan ever since. The New York Times describes Karen as a “six-foot-tall cabaret singer with a pageboy hairdo and cheekbones … known for singing sad French love songs while standing on stage with the statuesque coolness of Greta Garbo.” I was fortunate to hear her sing live at the King of France Tavern in Annapolis. Her covers of “Non, Je Ne Regret Rien” and “The Rose” will stop your heart. Another favorite is “In a Very Unusual Way.” Akers turns 72 in October, but still performs regularly in New York City.

If not now, when?

I don’t recommend getting breast cancer as a way of helping you decide what you want to be when you grow up, but for me, the diagnosis and subsequent mastectomy and chemotherapy were a wake-up call. I’d always wanted to be a novelist, and as I faced my own mortality I thought, if not now, when? Thirty years later, I am the author of sixteen published novels (whose heroine is a breast cancer survivor), two collaborative novels (with twelve other women), and more than a dozen short stories. Who’da thunk it? 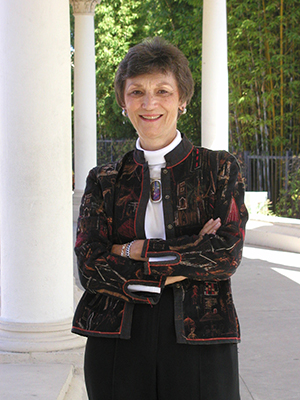 Find out more about Marcia Talley and her work here