Publicists are a vital part of the publishing machine – but by the very nature of their job, they are often working behind the scenes. Since my goal with this blog feature is to highlight individuals from all parts of our tribe, I am thrilled to welcome Julia Borcherts to BOLO Books today. Julia and I have not yet met in person – we will correct that flaw at some point I am sure – but I work with her often in her capacity as Publicity Manager at Kaye Publicity. As you will see from her composite sketch answers, she is totally devoted to our beloved crime fiction family. Take a look! 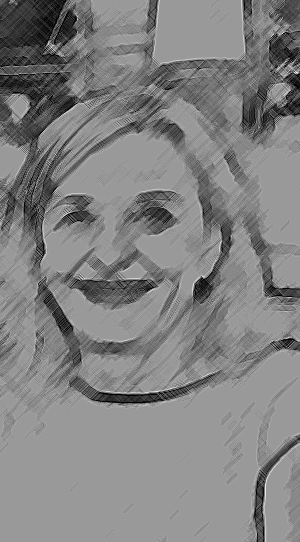 My daughter, Theresa, who has always been wise beyond her years. I was married and divorced young, and because it was mostly just the two of us, I’ve had the opportunity to learn so much from her.

The summer after her college freshman year, I needed to downsize in order to go back to school myself, so we threw a huge yard sale for most of my possessions. At the end of the day, I asked her to help me carry the leftovers that didn’t sell to the alley. When it came to the books, she stopped dead.

“I just can’t bring myself to throw away a book,” she said. “I’ll take them to donate myself while you’re at work.”

I hadn’t intended to throw them in the actual dumpster, just to set them on top of something for people to sort through. But seeing this through her lens shifted my perspective. I love books, and I realized that it’s important to treat them with the respect they deserve and to honor the work that went into them and the joy they brought me/us, not just cast them off to fend for themselves.

The next morning, we took them to the secondhand bookstore up the street together.

This will surprise no one, but first and foremost, it’s Dana Kaye, who founded Kaye Publicity. I’d known her for a decade when she asked me to join her company as a publicist, and my first thought was, “I will learn so much from her.” The next thought, immediately following, was, “We are going to have so much fun working together!” I have, and continue to do so.

But I can tell you who’s next on my suspected-stalking list. From Sisters in Crime, I’ve learned about pioneering author Eleanor Taylor Bland (1944-2010), whose debut novel, Dead Time (1992), introduced African-American police detective Marti MacAlister, who is described as “an enduring and beloved heroine who overturned stereotypes that had been perpetuated in much of American popular culture.” I’m excited to dive into some escapades with her.

If I had a movie husband it would be the late actor George Sanders (not to be confused with the novelist and short-storyist George Saunders, who’s also great). You may remember “my” George as the creepy cousin (Jack Favell) in the Alfred Hitchcock movie, Rebecca; as Simon Templar in the 1930s and ‘40s adaptations of The Saint; and as the bitter theater critic (Addison DeWitt) in All About Eve.

In real life, he married not one, but two of the Gabor sisters, so I probably wouldn’t have been his type, but I adore him and all his characters anyway.

“Collaborative is so much better than competitive.”

I was delighted to discover how supportive the crime fiction community is of all those who contribute in our various ways—readers, authors, agents, editors, booksellers, publishers, designers, reviewers, publicists, and everyone else who participates. I live in Chicago, which has a really collaborative literary landscape, so I’m fortunate to have learned firsthand that there really is room for everyone to contribute and that we are all so much stronger when we lift each other up and celebrate each other’s accomplishments. The crime fiction community exemplifies that way of being and I’m always inspired whenever I have the opportunity to be with others this group. 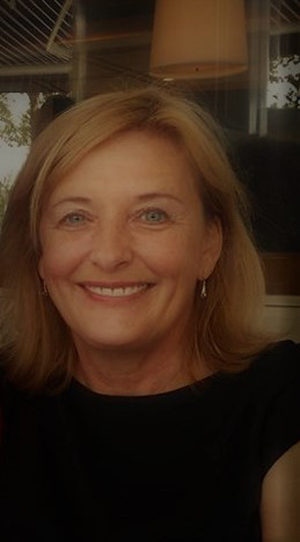 Find out more about Julia here and on Twitter