A Triple Boost of Appreciation

What happens when three established book bloggers join forces to call attention to some underappreciated writing? You get this: the start of an occasional feature where Lesa Holstine, Dru Ann Love, and Kristopher Zgorski gather together to highlight books which might have been missed.

In the first post of this type, we have decided to discuss underappreciated series. We determined that we would each choose five of our favorites and share them on each other’s blogs. In order to see the entire list – and why would you not want to see the entire list? – you will have to visit each of the participating blogs.

Visiting BOLO Books today is Lesa Holstine of Lesa’s Book Critiques. Included with each of Lesa’s suggestions is a list of the books in the proper order. Let’s see which series Lesa thinks we should all check out:

Lesa Holstine: I’ve always said I read for character, but when selecting five mystery series to discuss for this post, I realized how true that is. I’m discussing two cozy mystery series with paranormal elements, a historical series, a police procedural series, and a police procedural/thriller series. What do they all have in common? Strong characters, sometimes with strong family elements. There are murders, cold cases, and ghosts in settings as varied as San Francisco, early Oklahoma and Ohio’s Amish country. But, each author writes about strong characters who grow and change, developing in the course of the series. That’s why I continue to pick up books by these authors. 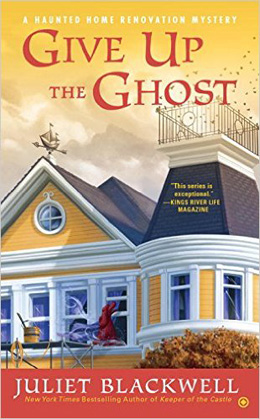 Juliet Blackwell – Haunted Home Renovation series. Although Blackwell also writes the Witchcraft mysteries, it’s the Haunted Home Renovation series that has my heart. Mel Turner is head of Turner Construction, working on historic houses in San Francisco. But, she also sees ghosts, and attempts to help the ghosts move on. Each mystery has a few historical elements, but every story also incorporates Mel’s family, including her stepson, and her interesting friends. And, in a sense, every mystery involves family and friends, whether they’re friends of Mel’s or a ghost. 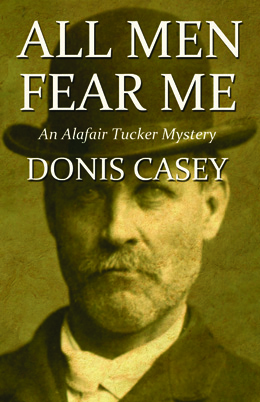 Donis Casey – Casey’s Alafair Tucker is a ranch wife in early 19th century Oklahoma. The stories, based on Casey’s own family history, are heavily laced with details of the daily life of a ranch wife and mother of a large family. The series spans a short period of time. So far, they cover 1912 to World War I, with each book focusing on a murder and one member of Alafair’s family.

Linda Castillo – Castillo’s series features Kate Burkholder, chief of police in Painters Mill, Ohio, a small community that is predominantly Amish, as was Kate herself while growing up. The series introduces two damaged characters, Kate and John Tomasetti from the Ohio Bureau of Investigation. Their relationship is a key element in this strong series that often mixes a contemporary murder investigation involving the Amish with a case from the past. The interaction of Kate’s small police force adds to the appeal of the police procedurals/thrillers. 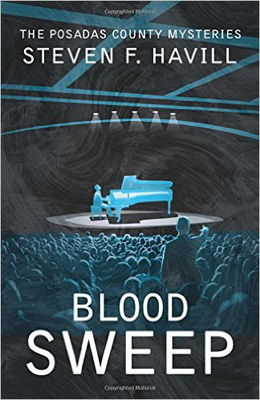 Steven F. Havill – Set in Posadas County, New Mexico, a fictional county bordering Mexico, this a police procedural series featuring, first, Bill Gastner, the county’s undersheriff, and, in later books, Estelle Reyes-Guzman, one of Gastner’s former deputies who takes over as undersheriff. The series emphasizes local crimes and a local sheriff’s department, but the crimes are indicative of nationwide problems. Part of the pleasure is watching the growth and changes in the sheriff’s department, and the changes in Gastner, as well as Reyes-Guzman and her family. This is an outstanding on-going, little-known police procedural series.

The author wrote a couple books out of order, so the following list is in chronological story order, rather than publication order. 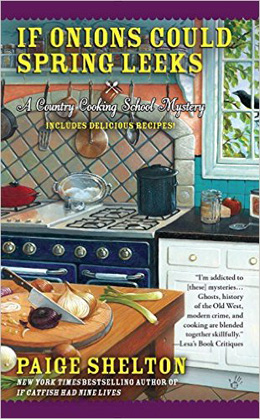 Paige Shelton – Like Blackwell, Shelton writes a couple cozy mystery series, but the Country Cooking School mysteries incorporate history, family, and cooking. The stories feature Betts Winston and her grandmother, Gram, who run a cooking school in Broken Rope, Missouri, a town that celebrates its historic past. Betts and Gram can see and communicate with ghosts who were once involved in Broken Rope, and, usually, died there. Each book involves a contemporary murder, although the story involving the ghosts is often more appealing. There have been stories about the Pony Express, interracial romances, and cowboys, including the on-going story of one handsome ghost cowboy, Jerome.

Thank you for stopping by BOLO Books today. Please journey over to Dru’s Book Musings and Lesa’s Book Critiques to explore more of our suggestions.