And Then There Were None – A BOLO Books Television Review

The Lifetime television network recently aired the BBC One-produced adaptation of Agatha Christie’s And Then There Were None (it’s available on-demand and on Blu-ray/DVD). While the new version does alter certain details from the original plot – likely in an effort to make the show more appealing to television viewers – the end product is actually more faithful to Christie’s vision than many of the previous interpretations. 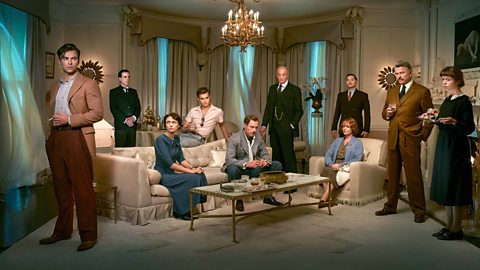 The four-hour running time of the show allows for the necessary character development as well as some lovely cinematographic work of both the island and the house built upon it. Since this is a BBC One production, the casting is very strong indeed. Aidan Turner was near perfect as Philip Lombard – even when the script required him to strip to a towel (believe me, no one is complaining). Charles Dance, who most recently thrilled viewers as Tywin Lannister on HBO’s Game of Thrones takes on the role of Justice Lawrence Wargrave. Vera Claythorne was played by Maeve Dermody – an actress I was previously unfamiliar with, but one whom I hope to see in other roles soon. Veteran actors Sam Neill and Miranda Richardson play General John MacArthur and Emily Brent respectively. 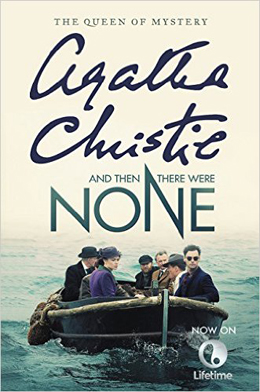 And Then There Were None by Agatha Christie

Most people are familiar with the general plot of And Then There Were None: A group of individuals are invited to an island home under mysterious circumstances. Once there, they begin to be killed one by one in unusual fashion mirroring the events in a classic children’s nursery rhyme. There is a connection to the folks invited, but I will allow that to remain a mystery for those few people who may never have read this wonderful novel. What this film version of the story does that others have not is allow us to see brief flashbacks of each character’s past – thereby helping to explain why they are haunted by those memories. This also helps viewers understand their back stories and how that factors into the current situation.

Without giving anything away, I will say that this version of the tale ends similarly to the novel, while at the same time altering that ending to make it more successful for a visual interpretation. As it was, the end of the novel – which works so well in written form – would feel very flat on screen. It is impossible to experience And Then There Were None in any format and not be impressed with how advanced Agatha Christie was in her plotting. Her knowledge of the way the human mind works would rival the top psychologists of today.

And Then There Were None is perfect viewing for both fans of Agatha Christie and those who are new to her genius work. And if it drives some to explore this and other Christie works in written form, all the better.