I first discovered Mark Edwards via the crime novels he co-wrote with Louise Voss, before moving on to his more recent solo writing projects. I was lucky enough to meet Mark at a Bouchercon – maybe 2015? – and happily discovered he is a much nicer and gentler man than his suspense novels would lead you to believe. We’ve stayed in touch on social media and I am thrilled that he agreed to take part in the BOLO Books Composite Sketch feature. Let’s see how he answers these incisive questions.  😉 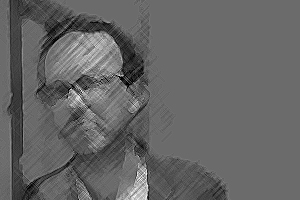 I was lucky enough to work for a few years with a guy called Sylvester Stein. He was already in his eighties when I met him, but still going to the office every day and full of ideas and wisdom. Sylvester was the most creative person I’ve ever met. He was a novelist, a playwright, a publisher and marketing genius. He was forced to flee his native South Africa in the 1960s because he stood up against apartheid. He was also a runner, and won sprint titles well into his eighties. Sylvester, who died in 2015 aged 95, was an inspiration because of his creativity, energy and convictions.

Writing can be a tough business: getting published, finding and keeping readers, trying to stand out from the crowd, and I admire people who never give up, who keep writing even when it seems no one is interested. (I’ve been there!) Yesterday, I saw a tweet by Don Winslow which said something like ‘At 63, I am proof you should hang in there. Never dreamed I’d have a bestseller all over the world. Don’t give up.’ So, right now, I admire Don Winslow and everyone else who refuses to let the bastards grind them down.

That’s a hard question! I’m going to go with Alicia Florrick from The Good Wife, which was one of my favourite shows until it ended last year. She’s such a cool character: brilliant and ambitious but with flaws I can identify with, like her agony over her parenting skills and the need for a glass of wine at the end of the day. She’s sexy too. That was one of the things I loved about The Good Wife – they showed (shock horror!) that people over forty are still sexual beings.

My second choice would be Rizzo from Grease (and yes, Stockard Channing was in The Good Wife too) because, well, I like bad girls. Which leads us on to my next answer…

I don’t know if it’s surprising because she’s very popular among middle-aged men like me with a thing for femmes fatales, but I am a huge fan of Lana Del Rey. As well as her music and voice, I love her whole aesthetic: that vintage Hollywood glamour, the live-fast-die-young California chic. I think I would turn to jelly if I ever met her.

This is my catchphrase when it comes to writing. The worst thing a writer can be is bland or to play it safe. But it applies to real life too. Life speeds past at a terrifying pace, so I do everything I can to enjoy it, make the most of it and laugh at the absurdity of it. I do everything I can not to be boring – or bored. 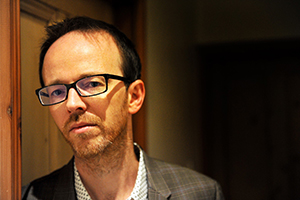