Another Monday, another eclectic list of books being released this week. This week is the beginning of Spring, so it is getting to be time to start planning your summer holiday reading. Any of these books would make great destinations for your journey. 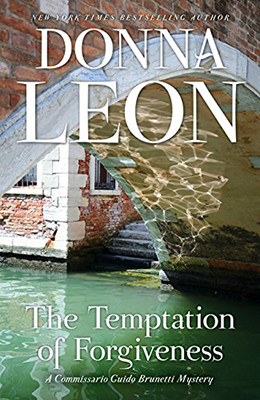 Another trip to Brunetti’s Italy. Fans of the series will enjoy this one, but what is truly remarkable is that even 27 books in, new-comers could easily jump into this series. I envy anyone that hasn’t experienced Donna Leon’s words – you have much excellent reading ahead of you.

The memorable characters and Venetian drama that have long captivated Donna Leon’s many readers are on full display in The Temptation of Forgiveness. Surprised, if not dismayed, to discover from his superior, Vice-Questore Patta, that leaks are emanating from the Questura, Commissario Guido Brunetti is surprised more consequentially by the appearance of a friend of his wife’s, fearful that her son is using drugs and hopeful Brunetti can somehow intervene. When Tullio Gasparini, the woman’s husband, is found unconscious and with a serious brain injury at the foot of a bridge in Venice after midnight, Brunetti is drawn to pursue a possible connection to the boy’s behavior. But the truth, as Brunetti has experienced so often, is not straightforward.

As the twenty-seventh novel unfolds in Donna Leon’s exquisite chronicle of Venetian life in all its blissful and sordid aspects, Brunetti pursues several false and contradictory leads while growing ever more impressed by the intuition of his fellow Commissario, Claudia Griffoni, and by the endless resourcefulness and craftiness of Signorina Elettra, Patta’s secretary and gate-keeper. Exasperated by the petty bureaucracy that constantly bedevils him and threatens to expose Signorina Elettra, Brunetti is steadied by the embrace of his own family and by his passion for the classics. This predilection leads him to read Sophocles’ Antigone, and, in its light, consider the terrible consequences to which the actions of a tender heart can lead. 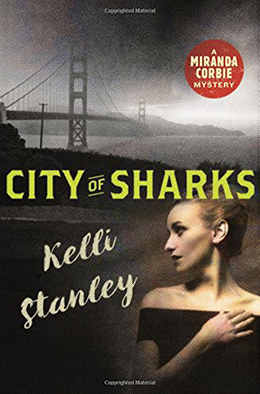 Fans have waited a long time for the next in Kelli Stanley’s historical mystery series featuring Miranda Corbie. I haven’t read this one yet, but Stanley can always be counted on for authentic depictions of the past and complex characters development with a compelling and original mystery at the core.

The blonde secretary was scared when she visited Miranda Corbie’s office. A shove into a streetcar track, a box of poisoned chocolates…hateful, violent letters.

Someone was trying to kill her.

Miranda isn’t sure of anything at first except that Louise Crowley, the blonde who works as an assistant to Niles Alexander, San Francisco publisher, is in trouble. Despite her own preparations for an imminent voyage to a blitzkrieged Britain and a painful farewell to the city she loves, Miranda decides to help Louise and takes on her last case as a private detective in San Francisco…investigating her client, surveying the publishing world of 1940, and stumbling into murder with a trail that leads straight to Alcatraz…an island city of sharks.

Along the way, Miranda explores her beloved San Francisco once more, from Playland-at-the-Beach to Chinatown to Nob Hill and Treasure Island. She encounters John Steinbeck and C.S. Forester, and is aided and abetted by the charming and dapper San Francisco Chronicle columnist Herb Caen. And she also discovers personal truths she’s long denied…

With her characteristic luxurious, lyrical prose and insightful eye for character, Kelli Stanley paints a rich, authentic portrait of 1940 San Francisco in this latest installment of her award-winning series. 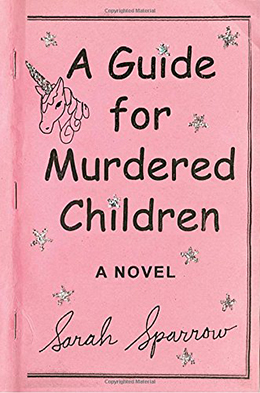 One certainly can’t deny the inventiveness of this novel. It won’t be for everyone, but if you are at all intrigued by the concept, you will probably come away glad that you took the chance. Fans of Alice Sebold’s The Lovely Bones should give this one a try.

We’ve heard it said that there is no justice in this world. But what if there really was? What if the souls of murdered children were able to briefly return, inhabit adult bodies and wreak revenge on the monstrous killers who stole their lives?

Such is the unthinkable mystery confronting ex-NYPD detective Willow Wylde, fresh out of rehab and finally able to find a job running a Cold Case squad in suburban Detroit. When the two rookie cops assigned to him take an obsessive interest in a decades-old disappearance of a brother and sister, Willow begins to suspect something out of the ordinary is afoot. And when he uncovers a series of church basement AA-type meetings made up of the slain innocents, a new way of looking at life, death, murder—and missed opportunities—is revealed to him.

Mystical, harrowing and powerfully moving, A Guide for Murdered Children is a genre-busting, mind-bending twist on the fine line between the ordinary… and the unfathomable. 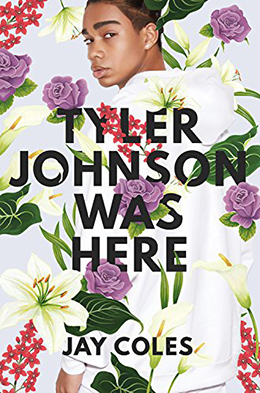 I was unsuccessful in obtaining an advance copy of this title, but it is one of my most anticipated reads of the season.  And that cover is just stunning!

The Hate U Give meets All American Boys in this striking and heartbreaking debut novel, commenting on current race relations in America.

When Marvin Johnson’s twin, Tyler, goes to a party, Marvin decides to tag along to keep an eye on his brother. But what starts as harmless fun turns into a shooting, followed by a police raid.

The next day, Tyler has gone missing, and it’s up to Marvin to find him. But when Tyler is found dead, a video leaked online tells an even more chilling story: Tyler has been shot and killed by a police officer. Terrified as his mother unravels and mourning a brother who is now a hashtag, Marvin must learn what justice and freedom really mean.

Tyler Johnson Was Here is a stunning account of police brutality in modern America.