In many ways, it seems that some corners of the crime fiction ceiling would collapse without Margery Flax. I first became acquainted with Margery via her organization of the Mystery Writers of America booth at BookExpo America. While other booths around her struggle to maintain order, Margery always keeps the MWA booth – which features a massive amount of author signings – flowing like a well-oiled machine. Of course, Margery at the major crime conventions and NYC-based events, so you have no doubt seen her around. Personally, because she works for MWA, Margery was one of the first to congratulation me on being honored with the 2018 Raven Award by that same organization, so I will always have that connection. Suffice to say, Margery is as important a member of the crime fiction tribe as one is likely to find. Let’s see what she reveals with her composite sketch answers. 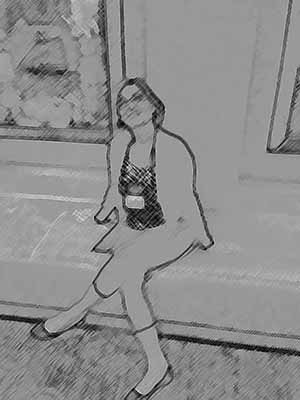 I know almost everyone says this, but, my mom. She read to me a lot when I was very young and I loved it so much, I learned how to read before I was 4 years old (this was a big deal in the 1950s). And, she was a huge fan of the genre, as well.

Because I really cannot talk about my favorite authors, etc., I am going to twist this a bit – I admire the founders of Mystery Writers of America because they realized the need for this organization in 1945 and thanks to them, MWA will be celebrating their 73rd birthday in May 2018. The who’s who of 54 writers attending an early organizing meeting included: Howard Haycraft, Erle Stanley Gardener, Dorothy B. Hughes, Anthony Boucher, Rex Stout, Stuart Palmer, the Q. Patrick team, Fred Dannay and Manfred Lee (Ellery Queen), Helen Reilly, Octavus Roy Cohen, Leo Zagat. Roger Torrey, Kurt Steele, and the Lockridges.

Myron Bolitar – from the minute I read Play Dead (the first in the series), I fell in love with Myron and have never wavered.

Okay, anyone who knows me is not surprised by this at all but I am a MAJOR fan of reality TV. Not sure why but it may have something to do with me being a Social Work major and always fascinated by the idea of putting strangers together and seeing how they function.

I say this all the time – Writers don’t read 😉 But really it should be – There is no such thing as too many books! 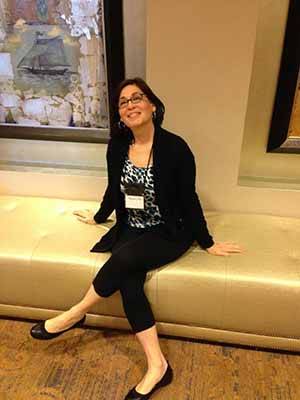