Another week of varied releases with something to please every reading taste. These books run the gamut in terms of genre, age range, price point, experience, and more.  Happy shopping! 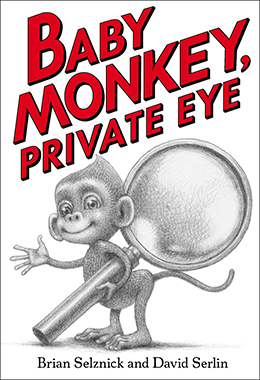 Hard to believe this is one of my most anticipated reads of the season. Brian Selznick has written some of the most inventive YA books of our time, so it will be nice to see what he does for an even younger readership. Plus I am so happy to see a writer starting new readers down the path to loving mystery books early!

Who is Baby Monkey?

He is a monkey.

He is Baby Monkey, Private Eye!

if he can put on his pants!

Baby Monkey’s adventures come to life in an exciting blend of picture book, beginning reader, and graphic novel. With pithy text and over 120 black and white drawings accented with red, it is ideal for sharing aloud and for emerging readers. 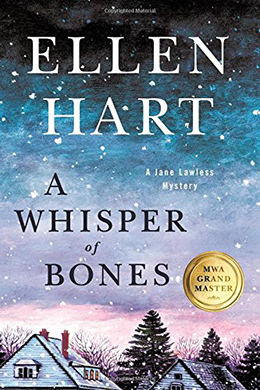 Ellen Hart’s Jane Lawless books are consistently excellent. This MWA Grandmaster always weaves a compelling mystery into her plots while also allowing Jane to grow and change as the series has progressed. This is the twenty-fifth book in the series, but new readers can jump right in without troubles. Perfect for fans of the more cozy end of the crime fiction spectrum.

Fans of Jane Lawless new and old will be fascinated by newly minted Mystery Writers of America Grandmaster Ellen Hart’s latest intricate puzzle in A Whisper of Bones.

Britt Ickles doesn’t remember much from her only visit to her mother’s childhood home when she was a kid, except for playing with her cousin Timmy and the eruption of a sudden family feud. That’s why, when she drops by unannounced after years of silence, she’s shocked when her aunts tell her Timmy never existed, that she must be confusing him with someone else. But Britt can’t shake the feeling that Timmy did exist…and that something horrible has happened to him. Something her aunts want to cover up.

Britt hires Jane Lawless, hoping the private investigator can figure out what really happened to her cousin. When a fire in the family’s garage leads to the discovery of buried bones and one of the aunts dies suddenly and suspiciously, Jane can’t help but be pulled into the case. Do the bones belong to Timmy? Was the aunt’s death an accident, suicide, or homicide? What dark secret has this family been hiding for decades? It all depends on Jane Lawless to unravel. 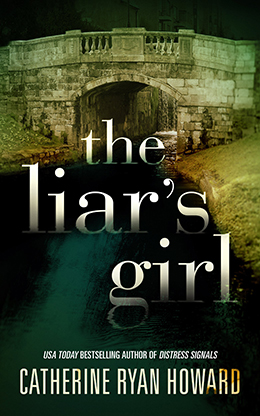 This stunning novel allows the reader time to ruminate on the fascinating characters without sacrificing our desire for more than a few twists and surprises. The past and present timelines work particularly well here and Howard is sure to garner more than a few new fans with this excellent second novel. Don’t miss it!

Will Hurley was an attractive, charming, and impressive student at Dublin’s elite St. John’s College — and Ireland’s most prolific serial killer. Having stalked his five young victims, he drowned them in the muddy waters of the Grand Canal. Sentenced to life imprisonment when he was just nineteen, Will is locked away in the city’s Central Psychiatric Hospital.

Freshman Alison Smith moved to the Big Smoke to enroll in St. John’s and soon fell hard for Will Hurley. Her world bloomed . . . and then imploded when Liz, her best friend, became the latest victim of the Canal Killer — and the Canal Killer turned out to be the boy who’d been sleeping in her bed. Alison fled to the Netherlands and, in ten years, has never once looked back.

When a young woman’s body is found in the Grand Canal, Garda detectives visit Will to see if he can assist them in solving what looks like a copycat killing. Instead, Will tells them he has something new to confess — but there’s only one person he’s prepared to confess it to.

The last thing Alison wants is to be pulled back into the past she’s worked so hard to leave behind. Reluctantly, she returns to the city she hasn’t set foot in for more than a decade to face the man who murdered the woman she was supposed to become.

Only to discover that, until now, Will has left out the worst part of all . . . 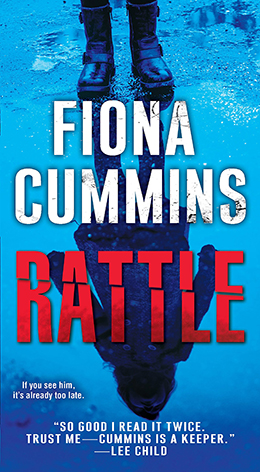 Fans of creepy thrillers guaranteed to cause nightmares need look no further than Fiona Cummins’ Rattle.  Finding a creative, yet believable, motive for evil behavior is tricky business, but this book delivers. Some of these word-pictures will never leave my mind – and I am not sure if that is a good or bad thing.

Fiona Cummins delves into the seam of darkness that runs through us all as a detective hunts down a twisted killer with a macabre obsession . . .

On still nights, when the curve of a winter moon is smudged in the flow of the River Quaggy, the dead clamor for him. And sometimes he coaxes the living to join them. To other people, his victims might be mere medical oddities. To him, they are fascinating specimens, worthy of display. Above all, he is a collector, eager for recognition even as he hides in the shadows.

Detective Sergeant Etta Fitzroy is the first to recognize the connection between the disappearance of a young girl and a cold case that almost cost her the career she’s sacrificed so much for. A faceless psychopath is walking the streets of London, tantalizing the authorities with clues, taunting them with his ability to spirit his victims out from under their very noses.

Better than anyone, Etta Fitzroy understands loss. But this is one contest she will win if it kills her . . . 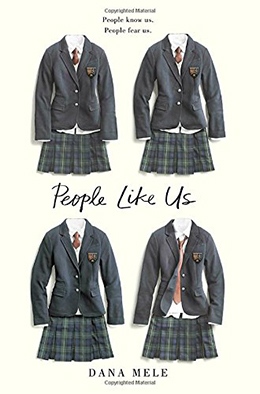 Fans of academic settings will enjoy this Young Adult thriller/mystery.  With major LGBTQ+ themes throughout, this one also continues to bring diversity to the forefront of the conversation.

A sharp psychological thriller that’s just right for fans of One of Us is Lying and Thirteen Reasons Why–this story will seduce, mislead, and finally, betray you.

Kay Donovan may have skeletons in her closet, but the past is past, and she’s reinvented herself entirely. Now she’s a star soccer player whose group of gorgeous friends run their private school with effortless popularity and acerbic wit. But when a girl’s body is found in the lake, Kay’s carefully constructed life begins to topple. The dead girl has left Kay a computer-coded scavenger hunt, which, as it unravels, begins to implicate suspect after suspect, until Kay herself is in the crosshairs of a murder investigation. But if Kay’s finally backed into a corner, she’ll do what it takes to survive. Because at Bates Academy, the truth is something you make…not something that happened.

Debut author Dana Mele has written a taut, sophisticated suspense novel that readers will tear through and not stop talking about.