There has yet to be a composite sketch where I didn’t learn something about the individual being profiled; and I have loved every one of them. But this one is special – and no, it’s not for the selfish reason you will suspect after having read the sketch. John Valeri and I have so very much in common. I was a fan of his reviews for the Hartford Books Examiner long before I “met” him online. Once we connected in cyberspace, the friendship was off and running. I remain impressed with the quality and quantity of his crime fiction-related output. And we share a love of Gloria Estefan and Marcia Clark (ahem, one of us a bit more obsessively than the other, but I am not casting aspersions.)  Look, you are not going to find a nicer guy out there nor anyone more dedicated to getting good books into the hands of readers at every possible opportunity. I am beyond proud to have him here for this week’s Composite Sketch. Read on and be amazing and entertained. 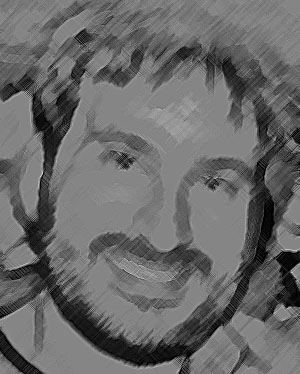 I hesitate to ask for leniency—and on the first question, no less!—but can I make like Panera and do the “You Pick Two”? (If not, you can just cut one of my peeps out. At least that’ll be on you and not me. See how devious this genre indulgence has made me?)

My mom. Not only did she initiate my lifelong love of all things literary—first by reading to my brother and me and then by funding my book habit, from Nancy Drew to the more adult stylings of Mary Higgins Clark (and beyond!)—but she raised me to be a compassionate, empathic, sensitive human being. Or at least I hope she did. And not just through lip-service but by example. For the last year, I’ve been her full-time caretaker. As difficult and isolating as that can sometimes be, it’s also the most meaningful thing I’ve ever done. To care for those who’ve cared for you is a privilege, and I think the ability to recognize that in the moment has a little something to do with how you were raised.

My wife. I’d imagine it’s not easy to be married to a man who spends as much time immersed in fictional worlds as the real one, if not more, and who considers reading and writing to be his life’s “work.” She has always believed in me—even when, and perhaps especially when, my own faith was lacking. (We are an insecure bunch.) She also lives under constant threat of an impending book avalanche, which insurance doesn’t cover, and only occasionally grumbles about it. And, beyond being my biggest fan—and not in a creepy, Annie Wilkes kind of way—she’s also my second harshest critic. (I top that list!) To have such a discerning set of eyes available to me at whim is invaluable. I’ve also got to say that my wife is the most ambitious, independent, methodical person I know, and I’m kind of in awe of her.

This is going to make me come off sounding like a brown noser, but I swear I’m being genuine. My choice is this cool dude by the name of … wait for it … Kristopher Zgorski! The reason I say this—and it’s not simply because you invited me to be a part of The BOLO Books Composite Sketch (though that would obviously be reason enough)—is because you are representative of what the crime fiction community is all about. Books. The people who read them. The people who write them. And the camaraderie that exists between us despite distance. Though the world sometimes seems more divisive than ever, this group—generous, passionate, and motivated by nothing more than a shared interest—is firmly united. I’ve never met you, yet I feel like I’ve known you forever. And, if I’m being honest (I assure you I am), I sometimes enjoy your virtual company more than I do every day face time. I also have to give quick shout-outs to Erin Mitchell and Lesa Holstine, who I’ve only met twice in the “real world” but feel such an affinity for. They’ve got exceptional hearts and smarts, and we’re all better for having them in our lives.

Having designated you as my Chosen One, Kristopher, I do have one tiny little bone to pick. Every time I visit BOLO Books, or click on your Facebook page, my TBR pile grows. I don’t have the time, the money, or the room for that! Would you give it a rest? (But … please don’t.)

HA! I can’t tell you how many times I’ve been referred to as a stalker—affectionately, I think. (Perhaps you’ve heard?) But I prefer the term enthusiast. 😉 The first time I met my childhood hero Marcia Clark—and please bear with me, I swear there’s a payoff—was at a local event for her debut novel, Guilt by Association; she had two other appearances scheduled in Connecticut that week. When we spoke—you know, after I got beyond stuttering and stammering—I forewarned her that I’d be in attendance at all of them and asked that she please not take out a restraining order (because, you know, I’m enthusiastic, not crazy-crazy). To which she smiled wickedly and said, “You don’t have to worry about that. We all know restraining orders just make people try harder!” I knew in that moment we were destined to be friends, however unlikely—and, pinch me (ouch!), we are! Getting back to your question, though—what was it again?—I’d probably have to choose the protagonist from Marcia’s first series, Rachel Knight. She’s a prosecutor in the Los Angeles District Attorney’s elite Special Trials Unit who is feisty, funny, and a true crusader for justice. She also loves to eat. And to drink. And, let’s face it, spending time with her is pretty much the fictional equivalent of getting to hang out with Marcia Clark, and that’s pretty awesome. Right? You don’t have to answer that—we both know it’s true.

Miley Cyrus. (I know, I know.) What can I say? She came in like a wrecking ball … and I never even saw it coming. I think we can all agree she went through a bit of a rebellion—that may be the understatement of the century right there!—but she’s recovered nicely. She has a great voice and, more importantly, a good heart. Have you ever heard the song “When I Look At You”? That one gets me every time. Girl can sing.

The rhythm is gonna get you! Oh, wait—my personal catch phrase. I think I’ll have to go with, “Well-read is well-bred.” (Note: Not well-bread … the typo that nearly was.) 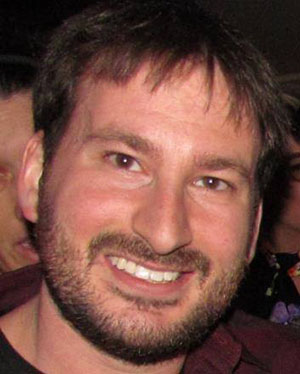 Find out more about John here